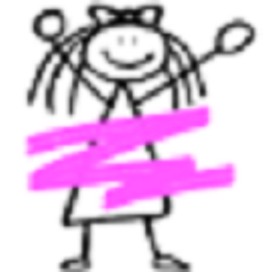 WASHINGTON, May 27, 2015 /PRNewswire-USNewswire/ — Film Producer Ben McConley, with the assistance of his advisors at the Washington D.C.-based public affairs firm CapitalKeys, announces his participation as a Producer in ‘Walt Before Mickey’, the highly anticipated biopic on the early years of Walt Disney based on the book with the same name written by Timothy Susanin and Diane Disney Miller.

The film will premier in Los Angeles, New York, and Washington DC, prior to wide release. The film is also the opening night featured film at The Skyway Film Festival, which runs from June 12 – 14 inFlorida.

For more information visit the official site for ‘Walt Before Mickey’ at: http://waltbeforemickey.com/

About Producer Ben McConley: Mr. McConley is an up and coming producer, co-producer and financier of film industry projects through his company Forrest Capital Partners. Currently producing his 16th film, McConley leverages relationships and strategy with a team of select advisor finding projects that meet certain funding criteria. McConley focuses on exciting thought provoking films of moderate budgets which appeal to both national and international moviegoers.

About CapitalKeys: CapitalKeys (www.capitalkeys.com) is regarded as one of Washington, D.C.’spremier public affairs firms providing strategic guidance, government affairs, and communications to a select group of clients helping them prepare for success through facilitating problem solving and growth expansion. The entertainment practice works with studios, producers and talent in television, film and music, many of whose charitable causes and foundations wish to reach the policy and decision makers whom CapitalKeys’ professionals interact with on a daily basis. Adam Falkoff, the firm’s President has been featured in The Power 100 of Washington, D.C. List and has been called in the media “A Powerhouse of K Street”.

To view the original version on PR Newswire, visit: http://www.prnewswire.com/news-releases/film-producer-ben-mcconley-joins-as-a-producer-of-the-highly-anticipated-film-walt-before-mickey-300089030.html