Sammy is using Smore newsletters to spread the word online.

Get email updates from Sammy:

"I look at her but see Mama's shoe coming at the side of my head like a bullet...and no the flat-face bay with eyes like Koreans" (Sapphire 19).

This quote describes a scene from the novel in which Precious is giving birth to her first child on he kitchen floor while her mother abuses her by kicking her in the head. This is one of the first times we see major abuse from her mother in the book and is used as a crucial scene to set up Precious' home life.

The scene that was described from the novel is deleted and a scene in which Precious' mother throws a frying pan at her is put in its place. While both scenes show abuse, the scene in the movie uses much more verbal abuse undermining Precious as a human being and making her life seem worthless. This sets up one of the main themes of the novel regarding the value of life.

When reading the novel you constantly heard what Precious was thinking or feeling and it allowed a more first person view at what was happening to her and the pain she felt. "But something like birds or light fly through my heart. An' my feet stop" (Sapphire 40). In this example we are able to feel what Precious is feeling while seeing in our heads what is happening. This type of inner dialogue provides another layer to the story.

When watching the movie it was evident that most of the inner dialogue or thoughts that we were able to read about Precious were left out. Though this did not effect the overall plot of the story, it did take away some of the more emotional tones out of the movie. We were no longer feeling what was happening through Precious' feelings, we were just watching them. 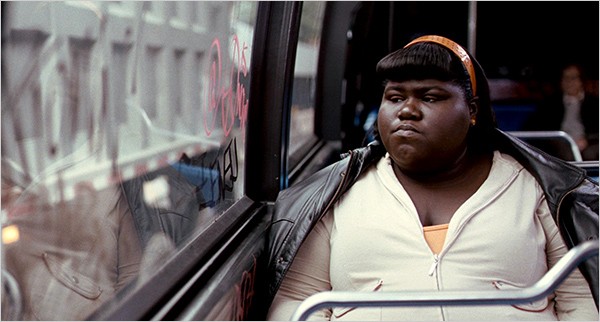 Throughout the two descriptions of child birth given in the novel neither focus much on the nurse John, one of the delivery nurses that helps precious while she is in the hospital. He is a a mere background character in the novel that could be overlooked as not even important. He serves a different role in the movie.

In the movie Nurse John is seen multiple times and has extended conversations with Precious while she is in the hospital and even outside of the hospital. He is seen as one of the people that truly cares for Precious and serves to boost her confidence in herself even in her darkest times.

Though both the novel and film end with the therapy session with Precious and her mother, there is a key difference in the two. In the book, Precious leaves the session to go pick up Abdul, but still does not have Mongol, her first child. One thing Precious strives to do throughout the entire novel is to get Mongol back so that she can love her, and without this in the ending it gives a unfinished feeling.

However, in the movie, one of the things that Precious' mother does to try and get Precious to come back to her is by bring Mongol to her. In the movie, Precious uses this opportunity to take both Mongol and Abdul away from her mother for good and into her own care. This makes the viewer feel that she has truly achieved something she always desired and gives Precious a sense of pride. 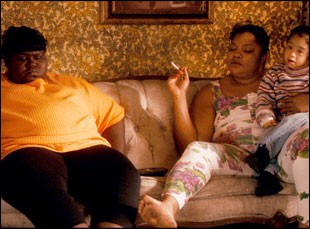 Similarities between Push and Precious

She serves as Precious' mentor and main caretaker in both the novel and the movie. She serves as a symbol of hope in the movie and allows the reader to hope for the future of Precious. Without her the story could not have happened, and Precious never would have been able to make changes that allow her to change her life for the better.

The novel and the film are consistent with the idea that Precious has two children, one of which has down syndrome. Precious loves these children and strives to turn around her life by giving them everything she didn't have. She makes a point to say that she is teaching Abdul even at a very young age showing her commitment to her children and education.

Sammy is using Smore newsletters to spread the word online.