Orlando is one of the world's fastest-growing cities. It is among Florida's major cities and is a center for digital media and bio medicine. The City has the 9th busiest airport in the U.S. and is warm and sunny all year round.

In the past 10 years Florida has had one hurricane and 4 cyclones the weather is unpredictable and fast.

today "2013" has an area of over 100 square miles and is still located entirely within Orange County.

the residents in Orlando Florida have houses with no basements not tom many have adiks .also the residents like basket ball with are Orlando magics.And for the kids we have world disney

in orlando we have some of the most exotic animals from snakes to birds.My favorite animal in Orlando is the water moccasin.The water moccasin is a type of venomous snake that resides in the United States only. These thick and sturdy reptiles are also commonly known as "cottonmouths" -- a nod to the conspicuous whiteness of the insides of their mouths. Water moccasins, for the most part, are busiest during the nighttime.They eat rats and unwanted vermin. 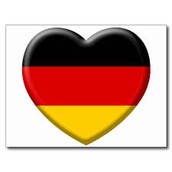 Orlando is the fifth largest city in Florida, and the state's largest inland city.Orlando grew rapidly during the 1980s and into the first decade of the 21st century.This dimension deals with the fact that all individuals in societies are not equal – it expresses the attitude of the culture towards these inequalities amongst us.

i picked my places because i go to almost every day.And i also love to hang shop eat or learn there.

The topics above make my community so it stay the way it is.The climate is hot and stormy. The people are mad and tan. The animals are animals. And the schools are compeditive.