Learn about the second smallest state. 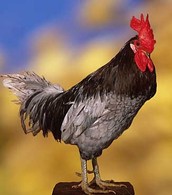 * It shares a semi-circular border with Pennsylvania.

* The United States battleship commissioned in 1910.

* Delaware is the only state with no National park system units.

* Today about 500 descendants of the Nanticoke in Indians in Delaware.

* There state bird is a blue hen chicken. They were noted for there fighting ability. Its sometimes referred as the blue hen state.