A Mathematician, An Engineer, A Genius //fix later

A Mathematician, An Engineer, A Genius //fix later

First Week of April, 2014. The week before spring break.

Trent had been studying. Hard. The Math counts state math competition of was starting on Saturday. It was Wednesday. Two weeks ago, he attained fourth place in the regional competition, against Pembroke and Barstow, the two main private schools in the area. He had gone to Oakhill Day School, a much smaller private school and he had beat the majority of children in the area. Using logic, mathematical skills, and problem solving, he had won, against 90% of the odds.

Anyway, Trent was studying. This time was state, and these were the two hundred kids in the state who were the best 200 at math. But only in sixth, seventh and eighth grade. It was a hard test.

Trent attained twentieth place in that state. The next math competition, MCTM (Missouri Council of Teaching Mathematics), he went to state in second place, and brought his team in first place. At state, his team lost, and he won fourth in Concepts and seventh overall.

Trent stood off stage right with his note cards in hand. He had created his own comedy routine,"It's okay, I'm an optimist!" five months ago, and had been refining it ever since.

This was his first comedic performance.

The Music teacher, and coordinator of the Talent show had asked him to be the MC for the entire show.

Five days before the show.

It was no big deal though.

He had already come up with a one liner for each and every performer.

On stage he went, as both the MC and first performer.

The audience was in for a good night.

Two years later, people still talk about it. The kid who did the impossible, and wrote a successful comedic routine. 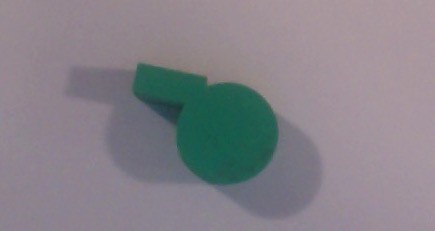 The above image is of a 3d printed PLA (Poly lactic acid) plastic whistle, designed by the aforementioned subject of this paper. A 3d printer is a piece of machinery that comes in many different forms, and has been around for 30 years. 3d printers come in many varieties, such as company bought to DIY. From desktop size, to industrial size.

Trent, has a desktop self-built model.

He did not design it.

The parts are not his.

He mostly just assembled it.

However, he did do some bug fixing on his own.

Which he couldn't figure out for almost six months.

There is no epilogue.

What, you thought this was a story of some kind?

nerdfighters.ning.com
We're Nerdfighters. We fight against suck....we fight for awesome. We fight using our brains, our hearts, our calculators and our trombones.

ted.com
TED is a nonprofit devoted to Ideas Worth Spreading - through TED.com, our annual conferences, the annual TED Prize and local TEDx events.