What Are The Odds?

"We all have dreams, but in order to make dreams come into reality, it takes an awful lot of determination, dedication, self-discipline, and effort." Jessie Owens

Making it to the professional level of the desired sport is every athlete's dream. Unfortunately, the odds are extremely low and the dream occurs far more frequently than the reality. According to calculations by the NFL Players Association, a high school football player has a 5-6% chance making it to the college level and 1.6% of the players in this group will make it to the NFL. Of the ones who make it to the NFL, 3 years is the average amount of time each player will spend in the league. 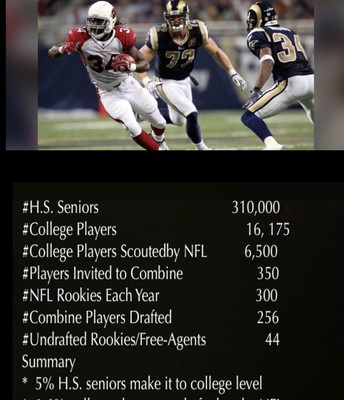 "Always make the total effort, even when the odds are against you..."Arnold Palmer 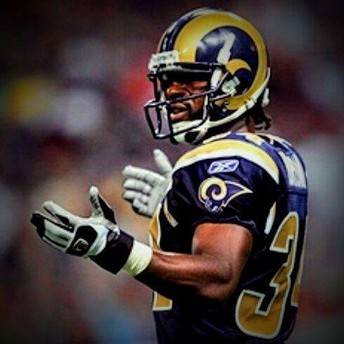 "Never let your head hang down. Never give up and sit down and grieve. Find another way..." Satchel Paige 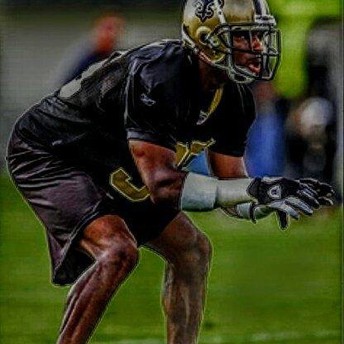 "My mother was my motivation"...Fakhir Brown

Based on the data, an undrafted college football player has a 0.3% chance of making it to the NFL. With just one year of college football under his belt at a historically Black college in the south and a year in the Canadian league, Brown manages to beat the odds...twice. In 1999, he successfully enters the NFL as an undrafted free agent. He then goes on to spend 9 years in the NFL...but how?

It's simple. Brown's one year of collegiate experience was spent under the tutelage of legendary coach Eddie Robinson. The historically Black college was Grambling State University. As the head coach at Grambling State University for fifty-six years, more than 200 of his players went on to play in the American Football League, Canadian Football League and the National Football League, to include several NFL Hall of Famers, the first Black player to start at the quarterback position and the first Black quarterback to win the Super Bowl. Between 1960 and 1990, Coach Robinson recorded only one losing season and in 1985, he surpassed Coach Bear Bryant of the University of Alabama with 324 wins to become the winningest coach in college football history. Joe Paterno, the head coach for Penn State surpassed Coach Robinson's record in 2011 with 410 wins. According to Coach Paterno, "...nobody has ever done or ever will do what Eddie Robinson has done for the game... Our profession will never, ever be able to repay Eddie Robinson for what he has done for the country and the profession of football."

As fate would have it, Brown's first year as a Grambling State University Tiger would be Coach Rob's final season as head coach. Amid the changes made with the coaching staff, Brown quickly found himself without a spot on the team for the upcoming season. Suddenly, he was forced to acknowledge the fact that his dream of making it to the NFL would most likely remain a dream. However, a phone call from Coach Robinson rekindled the possibility. During the conversation, Brown was advised to, "stay in shape and wait for me to call you back." The rest was history. With the distinction of being the last Eddie Robinson recruit to make it to the NFL, Brown attributes much of his success to the lessons that he learned from "Coach Rob" both on the field and off the field. In addition to his fateful encounter with a living legend, an intense desire to take care of his family proved to be the driving force behind his success. 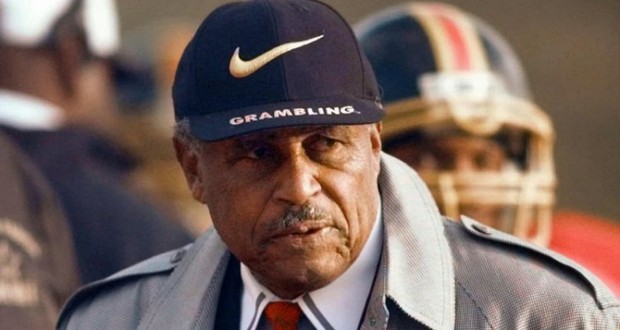 "People look at Black pride in America and sport's impact on it. In the major cities, it took off the first time Jackie Robinson stole home. In the deep South, it started with Eddie Robison, who took a small college in northern Louisiana with little or no funds and sent the first Black to the pros and made everyone look at him and Grambling..." Jerry Izenberg
The Last Recruit: Fakhir Brown

Follow Angela Smith
Contact Angela Smith
Embed code is for website/blog and not email. To embed your newsletter in a Mass Notification System, click HERE to see how or reach out to support@smore.com
close