Glenna is using Smore newsletters to spread the word online.

Get email updates from Glenna:

for our Marvin staff!

for our Marvin staff! 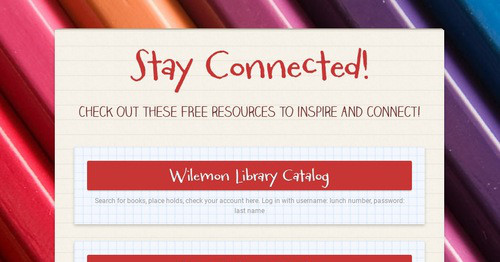 www.smore.com
Try these out! - Check out resources to inspire and connect! by Glenna Reisner | This newsletter was created with Smore, an online tool for creating beautiful newsletters for individual educators, schools and districts 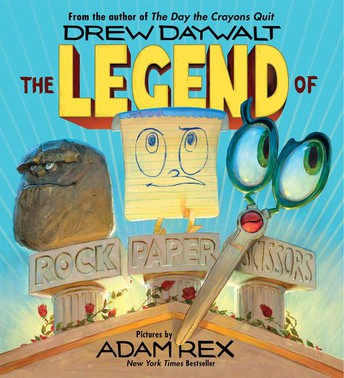 The Legend of Rock, Paper, Scissors

Resources to go with The Legend of Rock, Paper, Scissors

Video of the author reading his book! 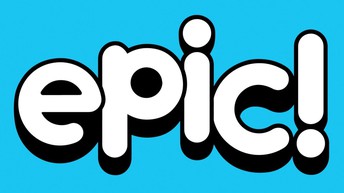 Click on the picture below for more information and activities! 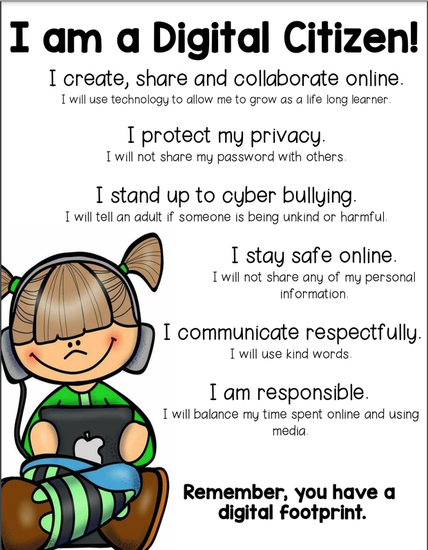 Links to previous newsletters are shown below.

Try these out! RESOURCES TO INSPIRE AND CONNECT! 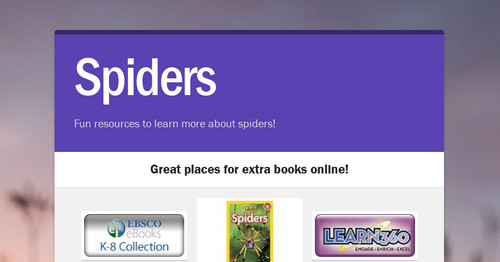 www.smore.com
Spiders - Fun resources to learn more about spiders! by Glenna Reisner | This newsletter was created with Smore, an online tool for creating beautiful newsletters for individual educators, schools and districts 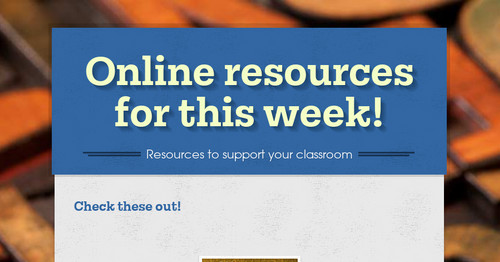 Online resources for this week!

www.smore.com
Online resources for this week! - Resources to support your classroom by Glenna Reisner | This newsletter was created with Smore, an online tool for creating beautiful newsletters for individual educators, schools and districts

Great Resource for ALL Ages

Click on the PebbleGO icon in ClassLink to access PebbleGO, related eBooks under the "Read More" Tab, and PebbleGO NEXT for grades 3-5. You may want to try out the Covid-19 resources found in the Science database. 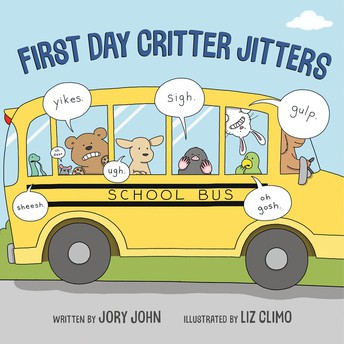 I know we all feel the jitters these days. I made this video because I LOVE how this book includes characters with whom we can relate. Click on the book cover to watch the video. Here is the link to share: https://youtu.be/GZeMJSdchGU

To connect people, ideas, and resources for the purpose of building community and promoting lifelong learning. 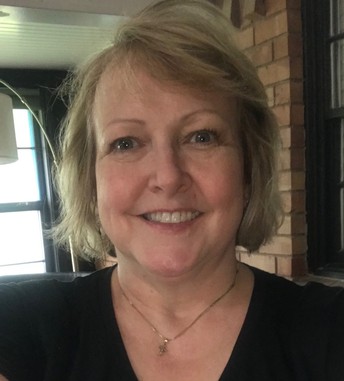 Facebook @GlennaReisner
More about me and how I got here!

My whirlwind world tour before our family landed in Waxahachie in 2007...

I grew up in Phoenix, Arizona, and got my education degree from Arizona State. I have taught PreK, K, 1st, 2nd, 3rd & 7th/8th grade in various states and countries. My husband, Terry, is in ministry and we moved A LOT. From Phoenix to Chicago back to Phoenix, then Marshall, TX where our eldest son, Alex, was born. We spent two years in Kyiv, Ukraine shortly after their independence from Russia. We flew back to Phoenix where our daughter, Alyssa, was born. We returned to Ukraine for several months and then moved to Jacksonville, Florida where We welcomed our son, Kyle, and I taught first grade.

We returned to Texas in 1999 and I joined the first kindergarten team at Christie Elementary in Frisco ISD while working on my library degree from the University of North Texas. From 2002-2005 my husband attended seminary in Vancouver, BC Canada. I worked in both school and public libraries and our kids attended internationally diverse elementary schools during those years...it was a wonderful opportunity for all of us. We returned to Frisco where I spent two years at Pink Elementary as their first librarian. (The school’s namesake Dr. Pink attended Trinity University on the campus that is now SAGU!!) Terry was called to be the priest at St. Paul Episcopal Church in Waxahachie 13 years ago and we have loved becoming part of this wonderful community.

I had a great experience during our first year here as a librarian for Midlothian ISD, but I wanted to live and work in the same community. I subbed for a year in WISD and then did Reading Enrichment and Dyslexia at Howard and Finley. I became the librarian for Wedgeworth and Marvin in 2010 and have loved being part of the library team in our district. It was awesome to be part of the renovation in 2014 when Marvin went from just PreK to having all the elementary grades! I left Marvin in 2018 to join the Wilemon family when the school opened, but returned to Marvin in 2020 and am so excited to be part of this new era of Marvin Biomedical Academy.

I'm looking forward to connecting and getting to know more of your stories this year!

Glenna is using Smore newsletters to spread the word online.

Follow Glenna Reisner
Contact Glenna Reisner
Embed code is for website/blog and not email. To embed your newsletter in a Mass Notification System, click HERE to see how or reach out to support@smore.com
close