Jannette is using Smore newsletters to spread the word online.

Get email updates from Jannette:

We are a veteran owned farm. We have 3 generations of family members who have served our country. We love the outdoors, farming, and teaching others.

We know how important it is for families and friends to have some down time together to make memories, reconnect, and to rejuvenate. We love to provide a place that affords all of that in an outdoorsy atmosphere.

We are working on fattening our farm animals up while we have an abundance of fresh green grass. We want them to go into winter looking as good as possible. We are also fattening piglets who are growing fast for our winter pork. They are Hampshire and Red Wattle cross. We also have 6 roosters who will be going in our freezer soon. We have 13 chicks who have joined our free range chicken flock. Hopefully they will grow up to be great egg layers.

Around the farm you will see Sadie, our milk cow with her first calf. Also you will be able to see our other cows. In addition, we have lots of pigs and piglets who are growing fatter. We have a couple of goats and sheep and many free range chickens eating around the farm.

All in all we have had a good growing season in the garden. We have preserved our harvest by canning, making jelly, freezing, dehydrating, and making wine. Our biggest hurdle for the garden this month will probably be getting sufficient water for the few crops we still have producing. Our fall has been dry. We are irrigating our crops with our pond water. It is about time to clean out the garden beds and the greenhouse to prepare for the next season. 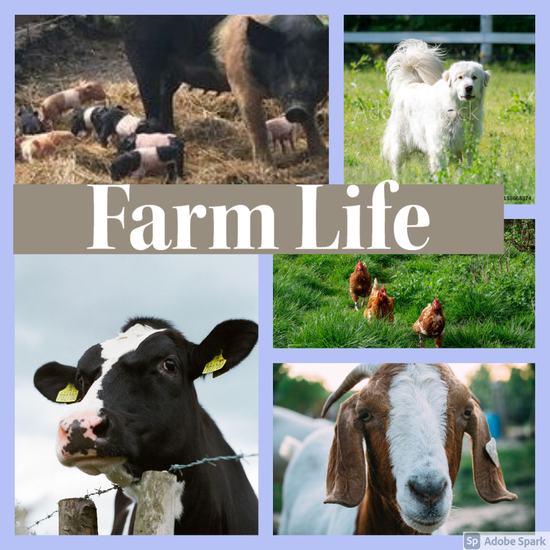 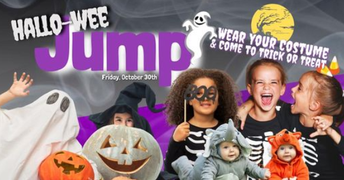 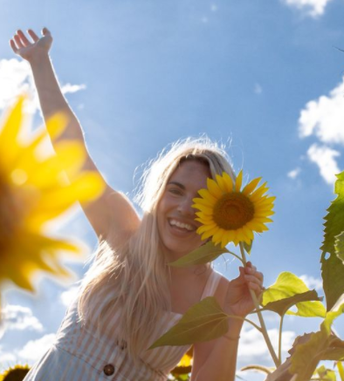 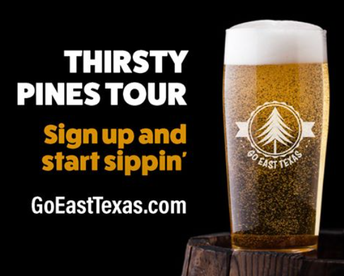 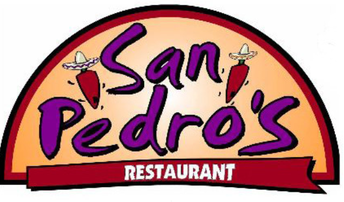 A Recipe from Our Kitchen to Yours 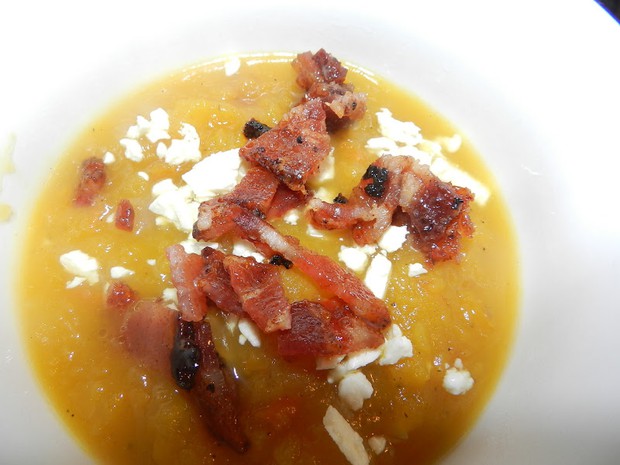 As the weather cools off, I often crave soup simmering on the stove top or on my wood stove. I also have been blessed with growing some pumpkins this year, so I’ve made pumpkin butter, pumpkin cookies, and I have frozen pumpkin puree for making pumpkin pies for Thanksgiving. Since I have so much pumpkin I thought I would make a pumpkin soup. Pumpkin soup is a healthy, creamy soup with a hint of tanginess. When we think of soup we think of chunks of vegetables and meat in a broth. This pumpkin soup has lots of creamed pumpkin and a bit of grated carrots topped off with sprinkles of feta cheese and caramelized bacon. As with any recipe you can always substitute some ingredients to meet your dietary restrictions or to use up what you have in the pantry. I hope you enjoy this pumpkin soup!

4 cups of chicken broth (You could also substitute beef broth or vegetable broth.)

Salt and Pepper to taste

Feta Cheese (You could also substitute blue cheese or another cheese.)

Wash pumpkin extremely well with hot water. Cut open pumpkin and remove seeds. Save seeds for a later use. Cut pumpkin into medium size pieces. Place pieces in a large pot with a lid over medium high heat on the stove, or over an outdoor camp fire on a warm day, or inside the house on the woodstove on a cold day. Cook pumpkin until soft.

Remove cooked pumpkin and place on a cutting board. Use a knife to carefully remove the pumpkin rind leaving as much pumpkin as possible intact.

Place cooked pumpkin inside of a large bowl or large pot and use a masher or hand held mixer to puree the pumpkin.

To the pumpkin puree add 4 cups of chicken broth. You could also substitute beef broth or vegetable broth. Also add 2 cloves of minced garlic, ½ of an onion finely chopped, 1 grated carrot, 3 tablespoons of butter, and salt and pepper to taste. Mix well and let the soup cook until all is soft and blended well.

Meanwhile, crumble feta cheese or blue cheese and place in a separate bowl.

Next, prepare caramelized bacon. To caramelize the bacon you will need: 1 pound of bacon, 1 ¼ cup of packed brown sugar, and ½ teaspoon of cinnamon. Mix the brown sugar and cinnamon together and then dredge bacon in sugar mixture making sure to rub the mixture into the bacon well. Lay bacon in a single layer on a baking sheet. Bake bacon at 400ºF for about 15 minutes or until crispy. Let bacon cool and place on a cutting board and chop into small pieces. Place bacon in a separate bowl.

When pumpkin soup is ready, ladle the soup into a bowl and sprinkle with feta cheese and caramelized bacon. The pumpkin soup taste especially good with home baked bread!

Click on each article below to read about the latest in Texas farm news. texasneighbors.texasfarmbureau.org
Ready for more rural Texas at your fingertips? The new Texas Neighbors. Short stories, colorful art and captivating videos. Click for a sample of what’s coming in April! vimeo.com
Texas Farm Bureau is a grassroots organization committed to advancing the interests of farmers and ranchers and serving as the "Voice of Agriculture" for… 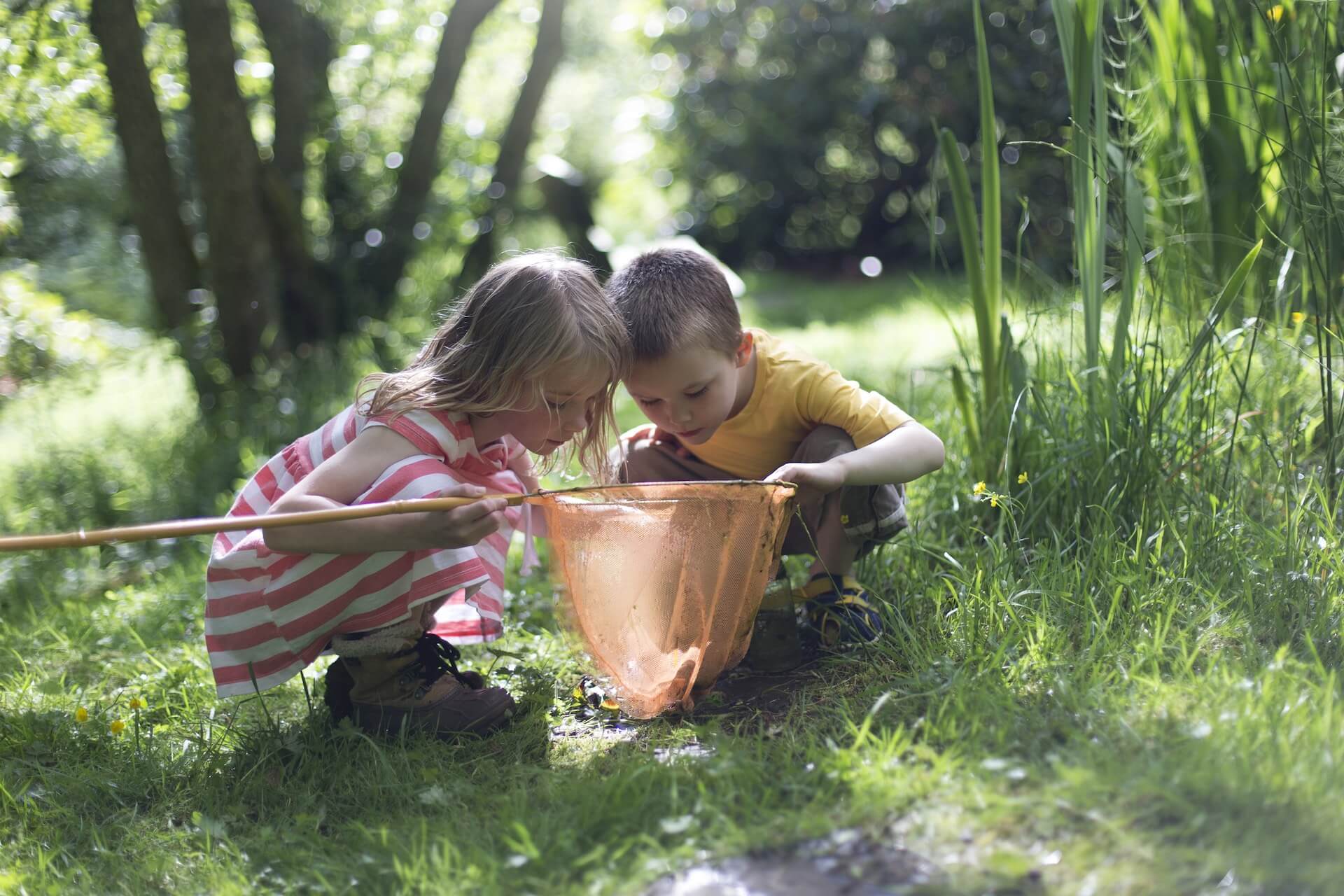 www.kellogggarden.com
Cultivate a love of gardening in kids of all ages with some fun plant and garden activities that you can do at home. Here are some fun ways to defeat boredom with enriching activities that will inspire little gardeners everywhere.

It's Time to Get Outside & Enjoy Nature!

We wanted to assure you that your safety is our top priority during these times. The great thing about the cabin is there is plenty of fresh air and outdoor space away from people. There are several activities to do outside at the cabin such as fishing, hiking, playing outdoor games and enjoying the fire pit. You will not have to worry about interacting with other people unless you want to such as going to the store .

Also we are cleaning and sanitizing the cabin according to CDC guidelines and Airbnb enhanced cleaning protocol. 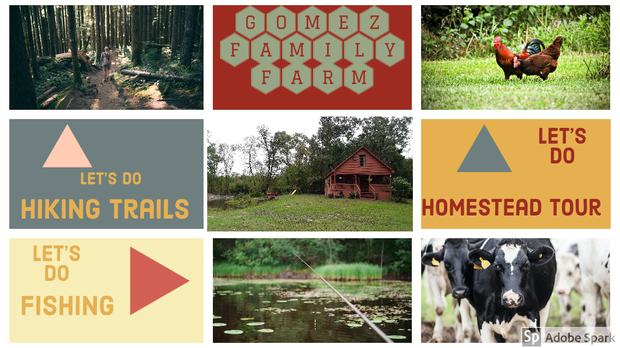 After booking please mention the coupon code below to receive your choice of a complimentary bottle of wine or homemade jam during your visit! We look forward to hosting you again! 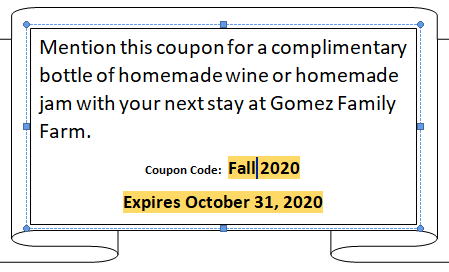 How to Have a Safe Vacation A 'safecation' is the best way to travel this summer. Here's how to do it

Things to do in Our Area

Click on the picture links below for things to do in our area. 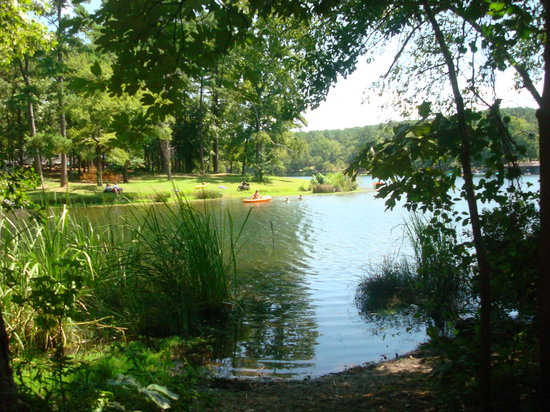 www.tripadvisor.com
Things to Do in Tyler, Texas: See TripAdvisor's 3,212 traveler reviews and photos of Tyler tourist attractions. Find what to do today, this weekend, or in February. We have reviews of the best places to see in Tyler. Visit top-rated & must-see attractions. 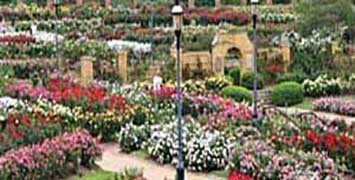 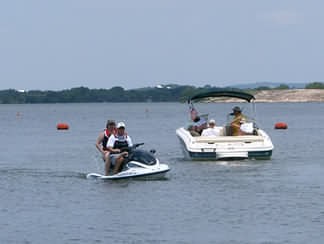 The Villages Marina is about 4 miles away from the cabin. They rent boats and fishing poles for you to use on Lake Palestine. They have a bait & tackle shop and you can buy a fishing license if you need one. They also have a great marina grill! Click below for more information.

www.thevillagesmarina.com
The Marina at The Villages Resort - Everything you need for fun in and around Lake Palestine, Tyler, Texas. 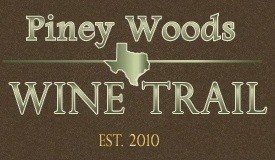 Our Gomez Family Farm Cabin is located on our farm situated near a catfish pond. It has a swing set for the kids as well as an area for an outdoor campfire for roasting hot dogs and marshmallows! We now have nature trails for hiking!

Things to do at the Cabin

Star Gazing, Fishing, Play Board Games, Sit Around the Campfire and Tell Stories, Roast Marshmallows, Read a Good Book, Listen to Music, Run and Play Outside, Grill Outdoors, Reconnect with your Family, Go Hiking on the Nature Trails, Dream... 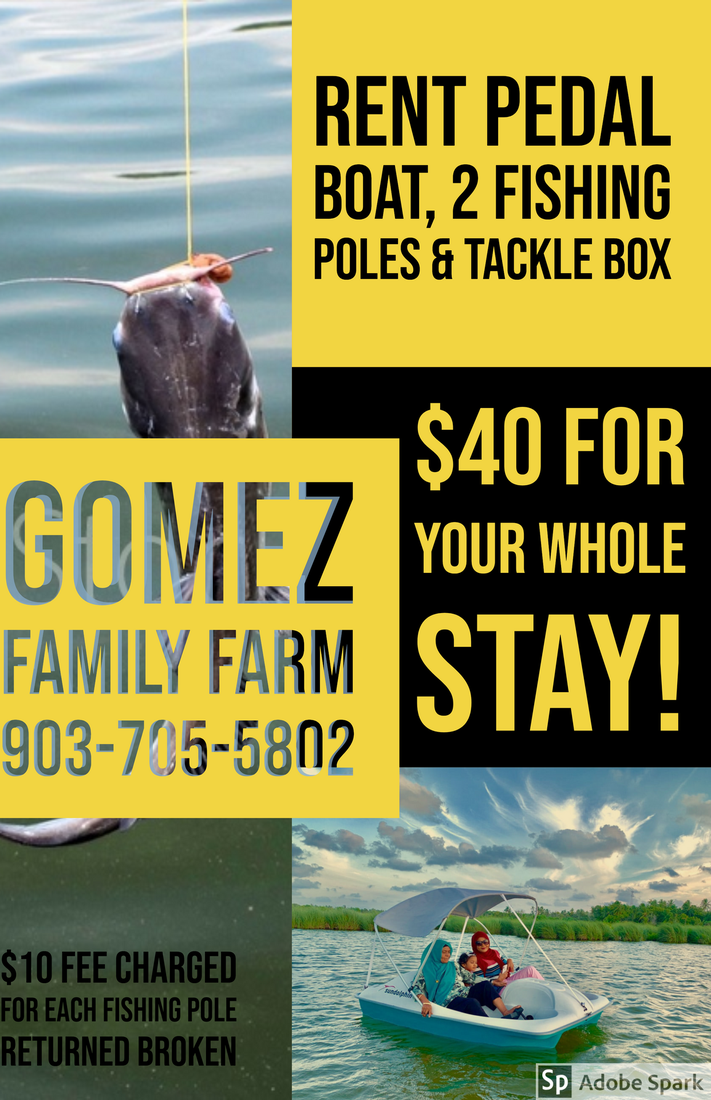 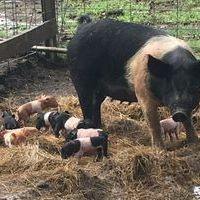 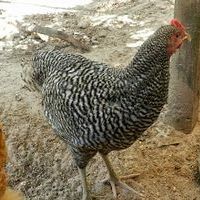 We raise free-range chickens on our farm to provide us with fresh eggs. Chickens also help to improve our soil condition and fertility by constantly scratching the top soil and mixing in their manure. They are also natural foragers and eat insects, which helps to reduce pests around the farm. 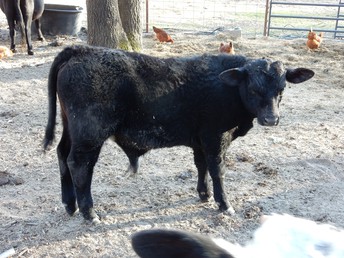 We raise cows on our farm to provide our family with beef. We also get milk from our cows to drink, as well as to make yogurt and cheese.
We teach free and low-cost community and school-based gardening classes to teach others about self-sustainability and growing your own food. Read more about our projects below. 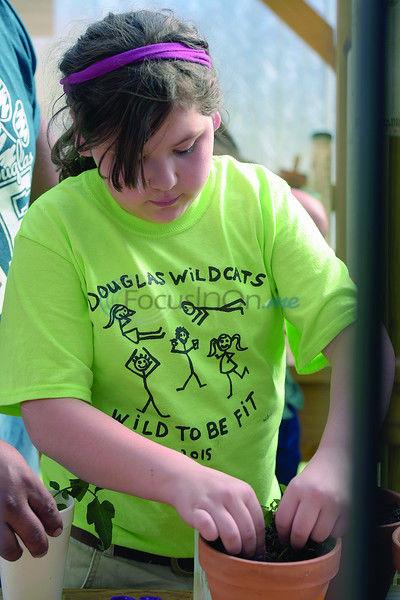 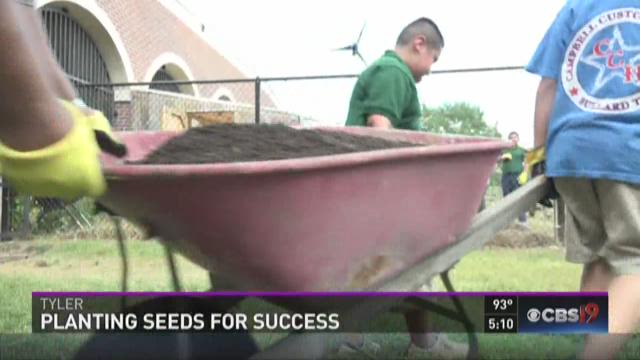 www.cbs19.tv
For many people, working in the yard may seem like a chore, but students at Douglas Elementary School in Tyler are excited about gardening.

Jannette is using Smore newsletters to spread the word online.

Follow Jannette Gomez
Contact Jannette Gomez
Embed code is for website/blog and not email. To embed your newsletter in your email, click HERE to see how or reach out to support@smore.com