In this picture, Prejudice is represented with the example from “To Kill A Mockingbird” when the entire neighborhood rejects the new teacher . This picture is a picture of someone being left out because they are a different color. The reason we choose this is because during the great depression, the did this a lot in many places where blacks and whites had them mix together. This is why this photo is perfect to explain what is going on.

DENOTATION: the ability to do something that frightens one

ASSOCIATION: Strong personality, someone who is not afraid to stand up for themselves.

IN TKAM: The society part: The concept of courage in to kill a mocking bird is, for example, Atticus standing up for his case when he know he doesn't have a very good chance, Atticus states,”you have to attempt a case that you know you might not win, and i guess this one is mine. “

OUR SOCIETY: Leaders in our society use and show courage by showing what they believe in and acting out justice. People who speak up about sensitive topics in our society for social justice or police man or fireman who show physical courage by saving lives and keeping people safe. 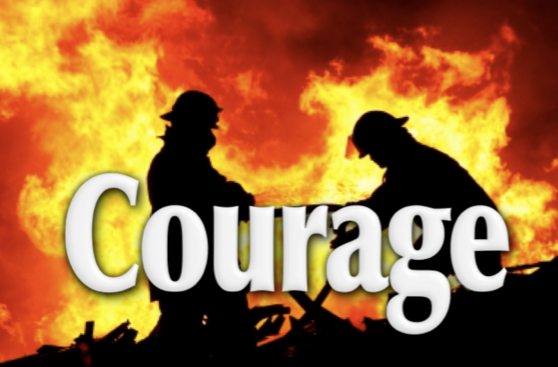 This is a picture that represent courage. The reason this photo represents courage because of the fact that firefighters have tons of courage. Everyday firefighters go out into the world and save human lives in dangerous situations. Putting yourself in a dangerous situation like this takes a lot of courage. Without these courageous people, we wouldnt have as many lives as we do today.

-Denotation: an act or course of action to which a person is morally or legally bound; a duty or commitment.

-Association: Obligation is a responsibility that someone feels like is their duty to do something whether it is morally or something forced like engaging with the law.

-What does this concept mean to me? Obligation to me has more to due with moral responsibilities, goals that you set up for yourself. Some personal obligations for me are being able to try my hardest in school, be as friendly to others as possible, and help people as much as possible no matter the situation.

-What does this concept look like in to kill a mockingbird? In “To Kill A Mockingbird” Atticus feels obligated to help out the man in his case. Also Scout feels semi-obligated to be ok with the fact that Dill is so “in love” with her so she plays along with their “future plans”

- What does this concept look like in our society? In our society, Obligation for teens and younger adults are very understanding and relates to the way i see obligation, they see it for personal reasons. For adults they find obligation for their family and their jobs, also they could see it in legal reasons so their actions such as laws.. 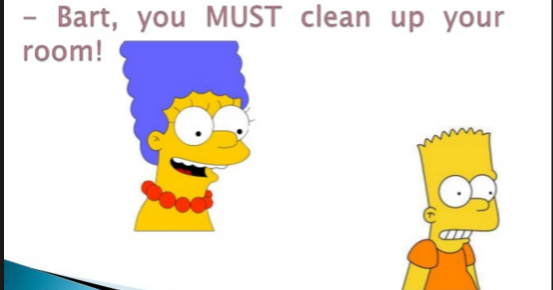 The picture shows obligation because he is given the responsibility and duty to clean his room. It moght be a "law" in his house that he is obligated to do.