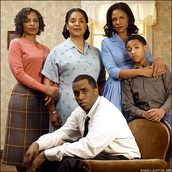 the given circumstances of a revolve around an African American family using the saviors benefits of the father to buy a house in a previously all white neighbor hood near Chicago in the late 1950's.

The barriers between generations and the sexes are referred to several times in this domestic drama and are reviled as weakening the bonds between the family members. Mama points out that something has come between her and her children and Walter notes the same is happening between him and Ruth. These divisions are only seen to be overcome at the end of the play when they finally, and jointly, agree to move to Clybourne Park with pride. Their unity is seen to transcend the barriers and this becomes a weapon to challenge the divisive effects of poverty and inherent racism.

a raisin in the sun

Ambitious but anxious to make money obsessed with a business idea that he thinks will solve all of his economic and social problems. 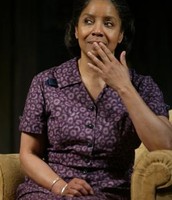 Mama is Walter and Beneatha’s sensitive mother and the head of the Younger household. She demands that members of her family respect themselves and take pride in their dreams. 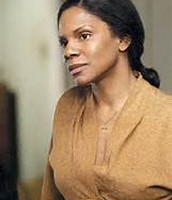 Walter’s wife and Travis’s mother. Ruth takes care of the Youngers’ small apartment. Her marriage to Walter has problems, but she hopes to rekindle their love.

The image of humankind that is presented in A Raisin in the Sun focuses on humanity’s tendency to dream big even in times of oppression. The Younger’s are faced with poverty, racism, sexism and struggles within their family life, but their dream for something higher remains. Although the play ends with the family’s future in their home in question, the fact that they stood up to Mr. Lindner and decided to fight racism rather than surrender their dream contributes to this theme. These dreams are in many ways encouraged by the children in the story. Mama says, “…Big Walter used to say, he’d get right wet in the eyes sometimes, lean his head back with the water standing in his eyes and say, "Seem like God didn’t see fit to give the black man nothing but dreams – but He did give us children to make them dreams seem worth while."” Additionally, the future of Walter Jr.’s son Travis ultimately makes Walter sure in his decision not to give into Mr. Lindner and this goes back the thesis because it talking about the A Raisin in the sun.

We knew that the people at Clybourne Park did not want Walter and his family to move in due to them being African American. Also Walter vs Ruth because they never get along with each other.

characterization and quest for the american dream mama vs walter

mama's dreams is to provide a better life for her family.

Walter's dream is to become a rich man but he keeps meeting obstacles in his way of making him very bitter he trys to do anything to make an easy come up in the world.

The conclusion is the insurance money that Walter was in charge of leaves his possession during the end of the play. Walter was going to go into business with one of his supposedly good friends, Willy, but Willy ends up taking his money and disappearing. I felt bad for Walter, but he had to know that people don't all of a sudden get rich. He should have been a little smarter about how he invested his money this leaves the family with a hard decision.