This is further communication regarding the Lockport City School District’s implementation of the AEGIS system. I previously informed parents/guardians during May 2019 that the District was commencing the initial implementation phase for the AEGIS system, in order to refine operation of the system, provide training to District staff and to dialogue with local law enforcement agencies. In addition, the District has had on-going discussions with the New York State Education Department (NYSED) relating to various aspects of the AEGIS system.

I am pleased to report that the District has completed the initial implementation phase of the AEGIS system, and has also completed its related discussions with NYSED. As a result, the AEGIS system became operational on January 2, 2020, in conjunction with the return of students and staff from recess. The AEGIS system, which includes gun detection and facial recognition, will be functioning as an additional security measure in all buildings. District Policy 5685 (“Operation and Use of Security Systems/Privacy Protections”) governs the operation of the AEGIS system. In order to address issues raised by NYSED, Policy 5685 provides that in no event shall a District student be placed in the AEGIS system database.

As a reminder, please monitor your child’s social media accounts on a regular basis, and in all cases, report anything suspicious to law enforcement or school personnel.

Below, you will find AEGIS frequently asked questions which provides additional information on the AEGIS system. Policy 5685 is viewable on the District’s website.

Thank you for your continued support of the Lockport City School District and your cooperation with our school safety initiatives.

Best wishes for a safe and happy new year.

1. What is the AEGIS system?

AEGIS is an object and facial recognition technology system. Facial recognition is not new and is being used currently in airports, casinos, retail stores, and even on your phone and social media. The purpose in the Lockport City School District is to detect and classify threats. The object recognition system enhances school security by identifying guns while the facial recognition system identifies people not allowed in our school buildings, alerting school personnel if a match is found. All matches identified by AEGIS are confirmed by a human monitor.

2. Who will the AEGIS system track?

The AEGIS does not track people unless they have been matched to a gun in hand situation. The system identifies individuals only if they are stored in a database in an identified category which include, level 2 or 3 sex offenders, staff who have been suspended and/or are on administrative leave, anyone prohibited from entry to District property by court order presented and approved by the District, or anyone believed to pose a threat based on credible information presented to the District by Law enforcement or will be reported to law enforcement by the District. AEGIS will not include students in any category for any reason, in compliance with a request made by the New York State Education Department.

3. How does the AEGIS system make our schools safer?

AEGIS is an early warning system that informs staff of threats including guns or individuals who have been identified as not allowed in our buildings as defined in District policy. Just as the Raptor Visitor Management System screens visitors to the building entering through approved entry ways, AEGIS has the ability to extend that screening to every door and throughout buildings to identify unauthorized people or guns. Early detection of a threat to our schools allows for a quicker and more effective response.

4. What happens when a match is identified?

When a match is identified by AEGIS it automatically generates an alert with images for school staff to confirm or reject the match. If rejected, the match is discarded. If a match for a gun is confirmed, police notification is automatically initiated and the school is automatically placed in lockdown making it the fastest possible response to a confirmed gun in hand situation. All other match confirmations generate an immediate and appropriate response by the administrative team.

5. What personal information is stored by the AEGIS system?

AEGIS does not collect or store any information including all personally identifiable information until a match is made and confirmed and then only a record of the match is logged in the system.

6. How will the District ensure that privacy is protected?

Lockport City School District Policy 5685 establishes a range of privacy protections related to the AEGIS system. No student information is being added to the system. The only personally identifiable information generated and maintained in the system is for those individuals set forth in the categories of level 2 or 3 sex offenders, staff who have been suspended and/or are on administrative leave, anyone prohibited from entry to District property by court order presented and approved by the District, or anyone believed to pose a threat based on credible information presented to the District by Law enforcement or will be reported to law enforcement by the District. Finally, the District is confident that the operation of the AEGIS system complies with all applicable privacy laws.

7. How long will images be stored on the District systems? 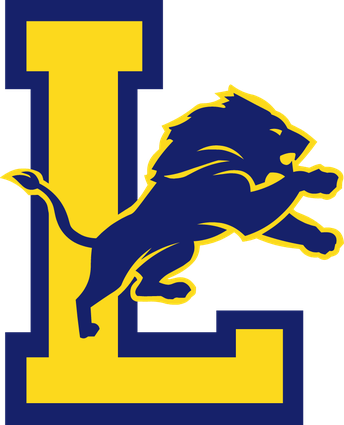 Facebook @LockportSupt
Pride in our Past...Faith in our Future
130 Beattie Avenue, Lockport, NY, USA (716) 478-4800 lockportschools.org/superintendent
Embed code is for website/blog and not email. To embed your newsletter in a Mass Notification System, click HERE to see how or reach out to support@smore.com
close
Powered by Smore
Powered by Smore