Biko was born December 18 9146 in South Africa. He was expelled from high school for his involvement with politics at such an early age. He enrolled at St. Francis College and after graduating he started going to the University of Natal Medical School and got involved in the National Union of South African Students. This is an organization that advocates for the betterment of black citizens lives. In 1968 Biko co-founded the SASO (South African Student's Organization). Then in 1972, Biko co-founded the Black People's Convention-another black activist group. He was also very involved with Bantu education and did not support the Bantu Education Act. Biko was also a Bantu and he felt as if the education system that was out forth for the Bantu people was designed a means of dehumanizing black people.

During the late 1970s, Biko was arrested four times and was also detained for months at a time. He died September 12 1977 from a brain hemorrhage, which was later determined to be an injury from police officers. However, the officers were not charged of any crimes. The death of Biko created national outrage and protests. He is now considered to be an international anti-apartheid icon in South Africa 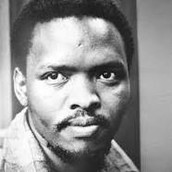 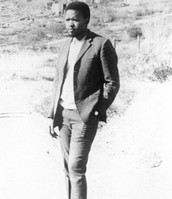 BIKO IS TALKING ABOUT THE BLACK CONSCIOUSNESS MOVEMENT. THIS IS ONLY A SECTION OF THE INTERVIEW

Follow Emily Evans
Contact Emily Evans
Embed code is for website/blog and not email. To embed your newsletter in a Mass Notification System, click HERE to see how or reach out to support@smore.com