Estuaries provide loads of resources that benefit both the environment and the economy. Estuaries also provide habitats for plants and animals.

We can be found in Nags Head, NC. Hope to see you there!

Three rivers that feed into our estuary are the Tar, Pamlico, and the Roanoke.

Southern Part of the Roanoke Sound 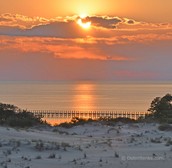