THE GREATEST NEWS OF THE TANGERINE; By: Daniel Hong

THE GREATEST NEWS OF THE TANGERINE; By: Daniel Hong

Erik Fisher and Paul Fisher may be brothers, but they are very different in many ways. They are almost the complete opposite of each other!

Erik and Paul both play sports, but their sports are very different. Erik plays football, while Paul plays soccer. Erik is a very good player that is great at making the field goals, while Paul plays the defense, playing Goalie for his soccer teams. Although they both play sports, the sports and the roles they two boys play are very different from each other.

The two boys' attitudes are the complete opposite of each others. Erik is the football playing "jock" that will sometimes bully and make fun of people. Paul is a defensive goalie player that is usually the one that gets made fun of because of his eyesight. Erik would be the one that would be bullying and making people feel bad, while Paul would be the one getting bullied and he would get discriminated/made fun of.

Although the two boys may be very different, they also have many similarities. For example, the two boys are brothers. They also both play competitive sports (Football and Soccer). They are both interested in doing something, such as being professional at a sport.

The two boys of the county of Tangerine are very different, but can be similar in many different ways.

There are always tragedies in the world, but for the county of Tangerine, the tragedy was the death of a football player, the death of Mike Costello.

First, Mike Costello was introduced to the story, being the older brother of Joey Costello

Then, It is announced that Mike Costello will be the football player that will hold the ball for the kicker.

Next, Erik wants Mike out, and Arthur Bauer in.

After that, Mike Costello is struck by lightning, killing him.

Then, Erik and Arthur are actually happy that he died and they quietly celebrate that Arthur is on the team

Then, everyone is surprised of the death and a funeral is planned to honor his death.

Next, the people (Mainly Paul Fisher's mom), want to change the time, or anything, of the football practice to insure no many injuries/casualties.

Finally, Joey quits soccer and decides that he will become a football player in high school.

The tragedy of Mike Costello will surely stay in everyone's hearts in the story, and this death caused a big chain reaction of what happens next.

There were many adolescent issues in this novel. Most issues were against Paul Fisher, a boy who is visually impaired and is discriminated most of the time. There was also a very big tragedy that hit Joey.

One big, tragic adolescent issue could be a relative or sibling's death. This makes the adolescent's life harder by making life harder to deal with or being made fun of because of this. This issue can cause many things to happen such as depression and becoming someone that you aren't because of something so tragic happening in such a young age.

These are some of the adolescent issues in the county of Tangerine. Bullying, discrimination, and depression are big problems for a child. 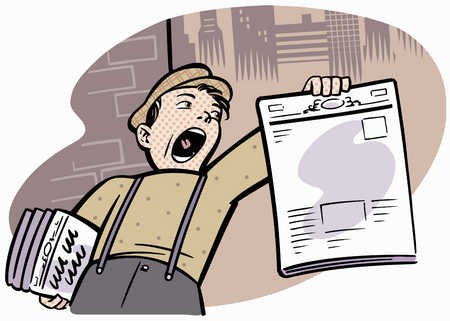 "Extra! Extra! Read all about it! The Paul Fisher Soccer Dream is ago! Soccer players needed!" is what the paperboy would say to all of Tangerine. The Paul Fisher Soccer Dream needs new players to make the team be the best in the county. This team will not have anyone discriminated and everyone will be allowed to play! Being different will no longer be a factor of whether or not you are allowed into a team, but such great things comes with a price, the price of having to still win. The requirements for this team is to have a lot of teamwork and be kind to everyone. Each player will have an assigned job to work very hard in the soccer games. The last requirement is that you have to have good coordination with the other players and you have to know how to play a soccer game of cooperation. This soccer team will be very people friendly, but this team will also be the best in the county, so good but friendly soccer players are needed! This team is inspired by the past of Paul Fisher and no one shall be discriminated from the uniqueness of ones personality!