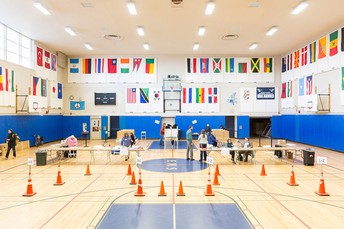 On Wednesday night several families joined the PTO meeting to begin the discussion of how race and racial tension affects our EMS community - specifically the lives of your children.

There were varied perspectives reflected and shared at the meeting, including a poem one mother shared with her daughter’s permission.

I am just an alien,

Hiding from what could happen,

A black man has died,

What can we change,

What can we do,

When we stand up for what is right we get in trouble,

Life isn’t the same for black and white

But that's not how people look

Unworthy, useless aliens that walk around,

But we are people,

We deserve rights to be free,

Dress how we want

Look how we want,

But we all know that will never happen

I am just another alien that people see.

The incident I wrote about in my previous newsletter was not isolated. And, our conversation last night - thanks to the honesty of this student and the parents who participated - offered insight into the reality that racial tension affects everyone in our community. One parent’s reflection captured the take away of many: “Parents of white children have very little awareness of what happens in their children’s lives during school hours at it pertains to race - not because they don’t want to know or the school hasn’t communicated, but because, generally speaking, there isn’t a need. In contrast, parents of children of color have a different level of awareness, because it is a reality their children face each minute of every day.”

When one child does not feel safe, heard, seen, respected and understood, no one wins. Because, as participants named, what results is often:

What we can do as an EMS community is to continue the dialogue - including student voice.

With that in mind, I invite all of you to join our next meeting on February 20th.

In the meantime, I encourage you to engage in educating yourself and creating space at home for conversations with your children.

Below are some suggested resources collected from other families and educators to support that learning.

In partnership and with gratitude, 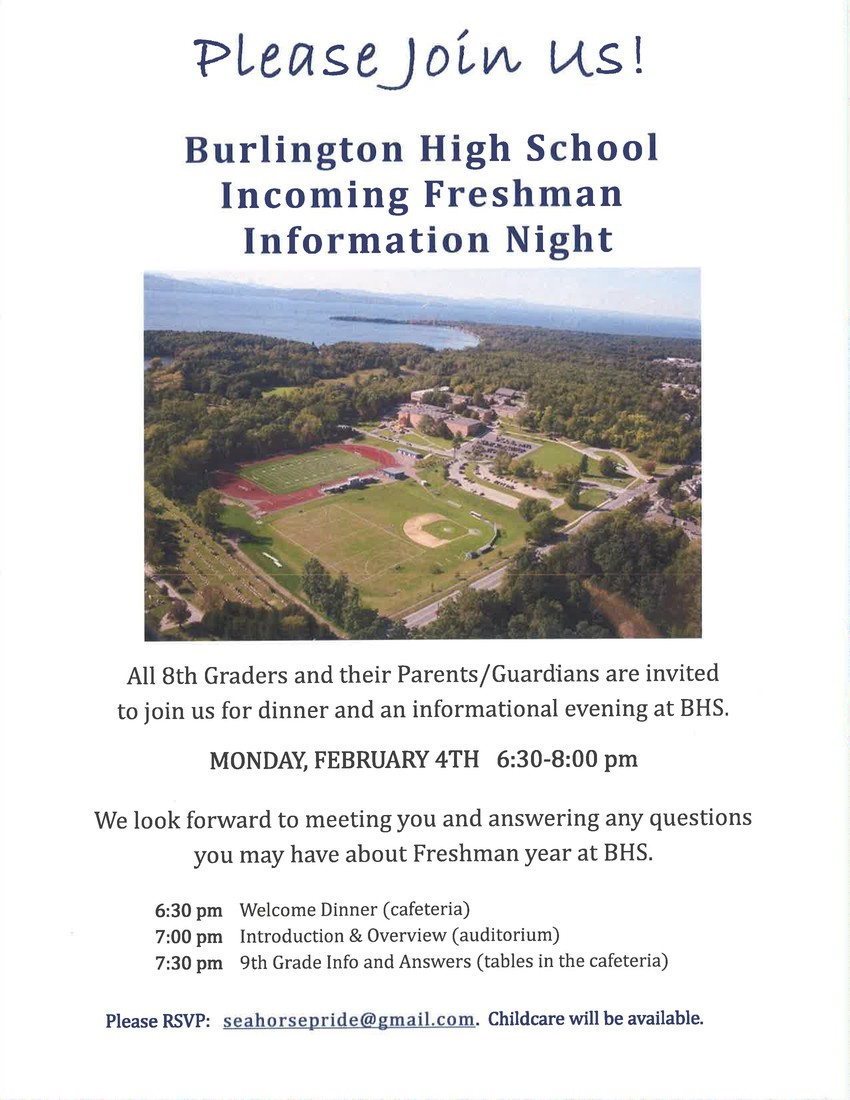 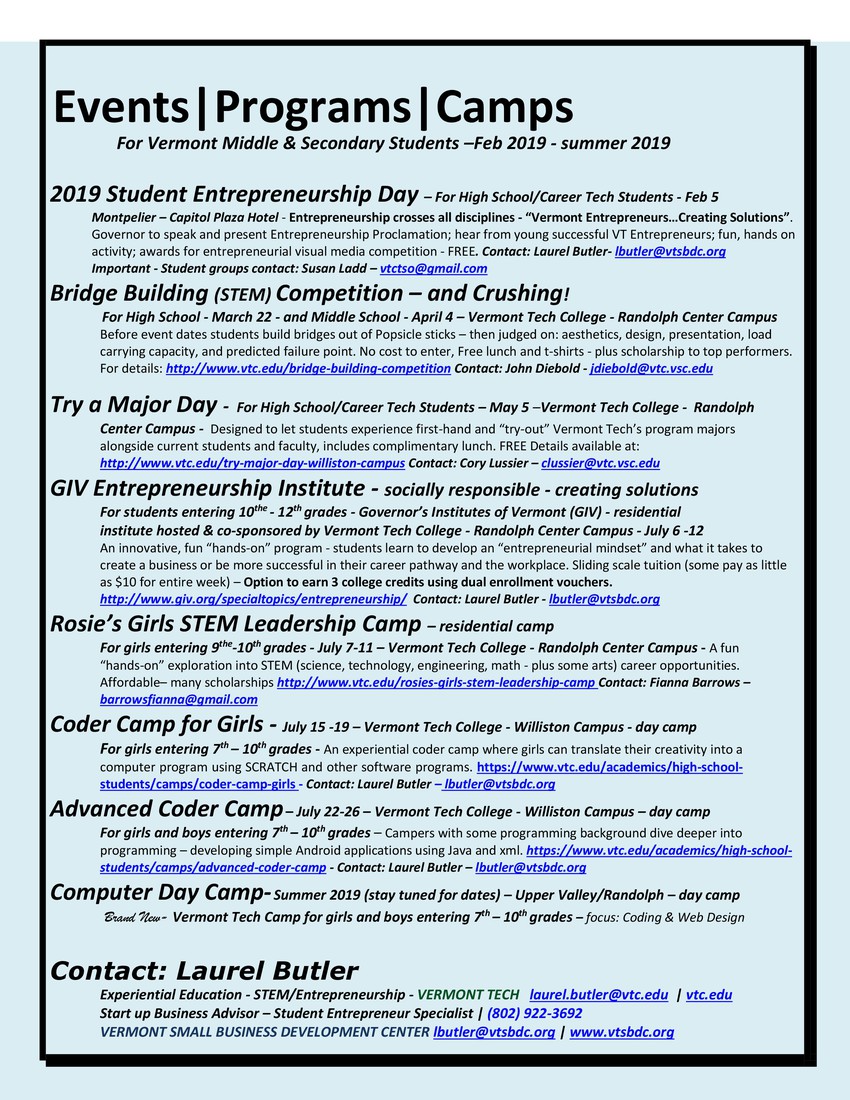 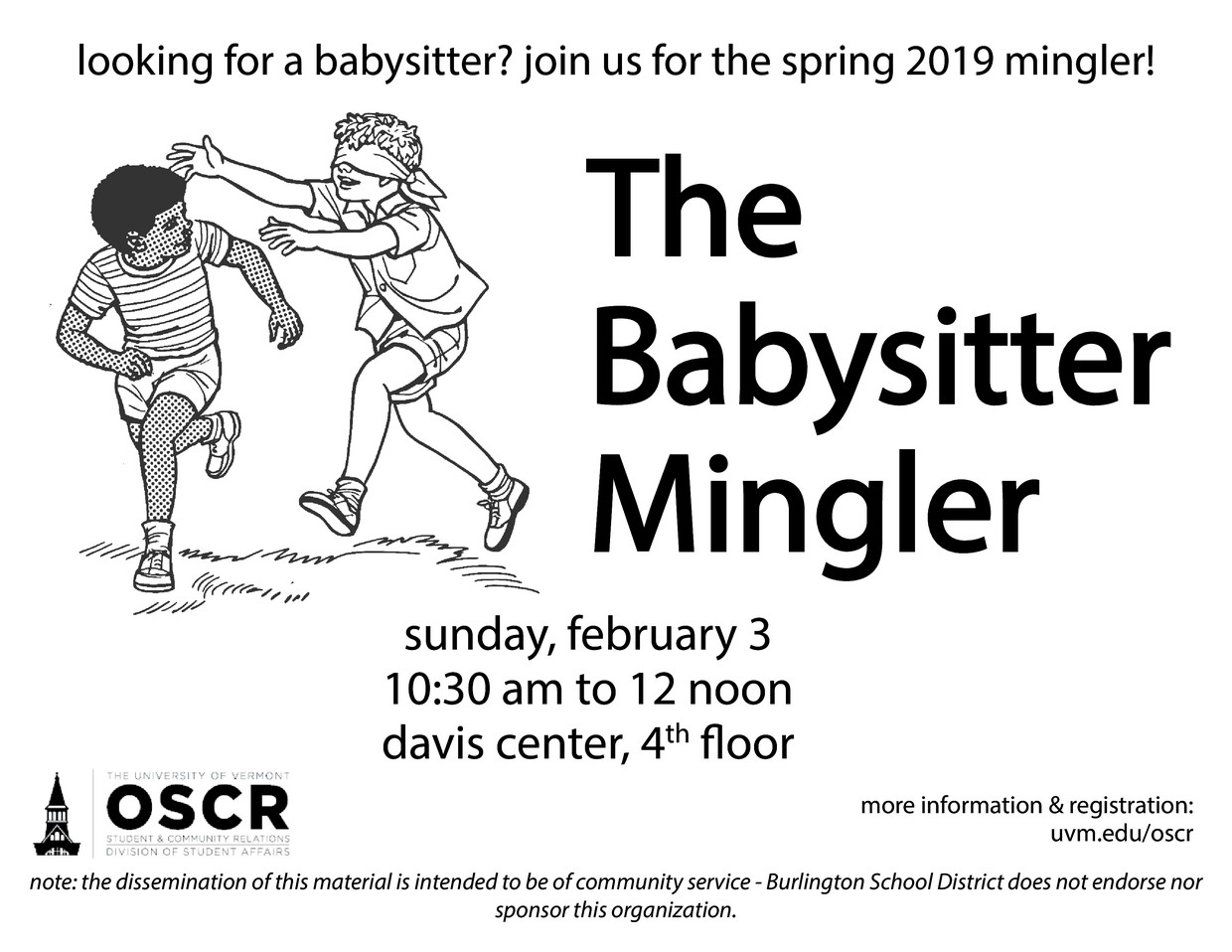 Do you struggle to find a babysitter when you need one? Are you looking for a sitter who has a flexible schedule and lives close by? Come to the UVM Babysitter Mingler, a chance for kids and their families in need of babysitters to meet and mingle with UVM students who want to babysit!

Families and UVM students can register at: https://spring2019babysittermingler.eventbrite.com/?aff=bored

Children welcomed and encouraged to attend - and please tell all your friends!

To register as a babysitter, you must be a current (Spring 2019) UVM student - this is an employment event for the university's students.

PLEASE NOTE: *As UVM affiliates, we cannot take on the role of holding, exchanging, or advertising the particular babysitting needs of parents in the community, or the particular babysitting availability and/or qualifications of our students. We can host Babysitter Minglers where we bring students and parents together so that they can meet face-to-face and exchange information if they so choose. We do recommend that parents check references of the students who attended the Babysitter Mingler and use whatever screening process they would normally use when hiring a sitter.*

We hope to see you there, 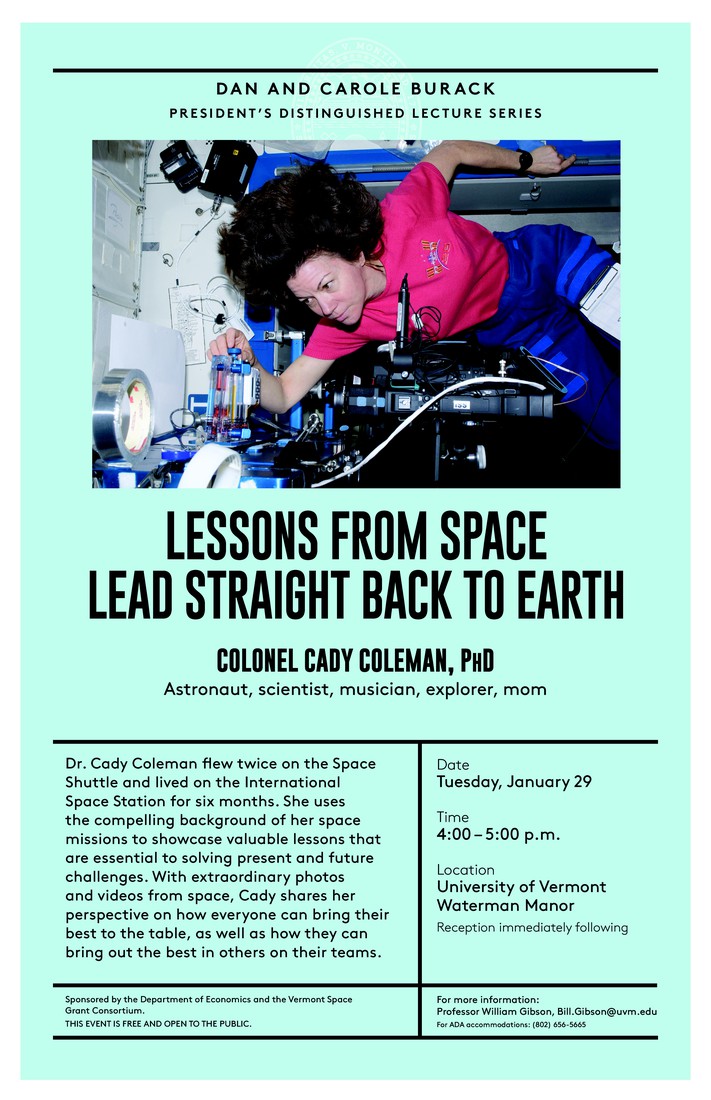 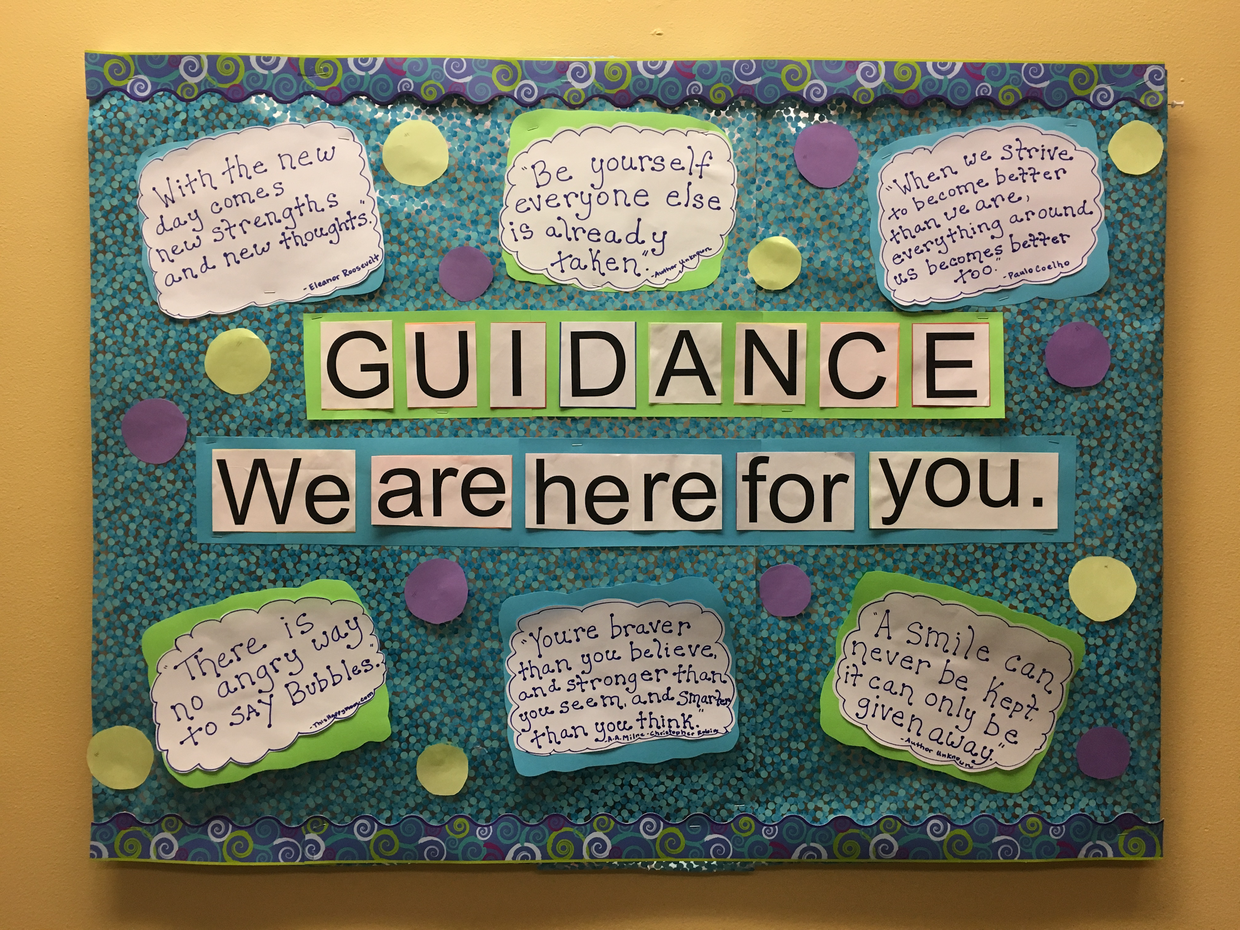 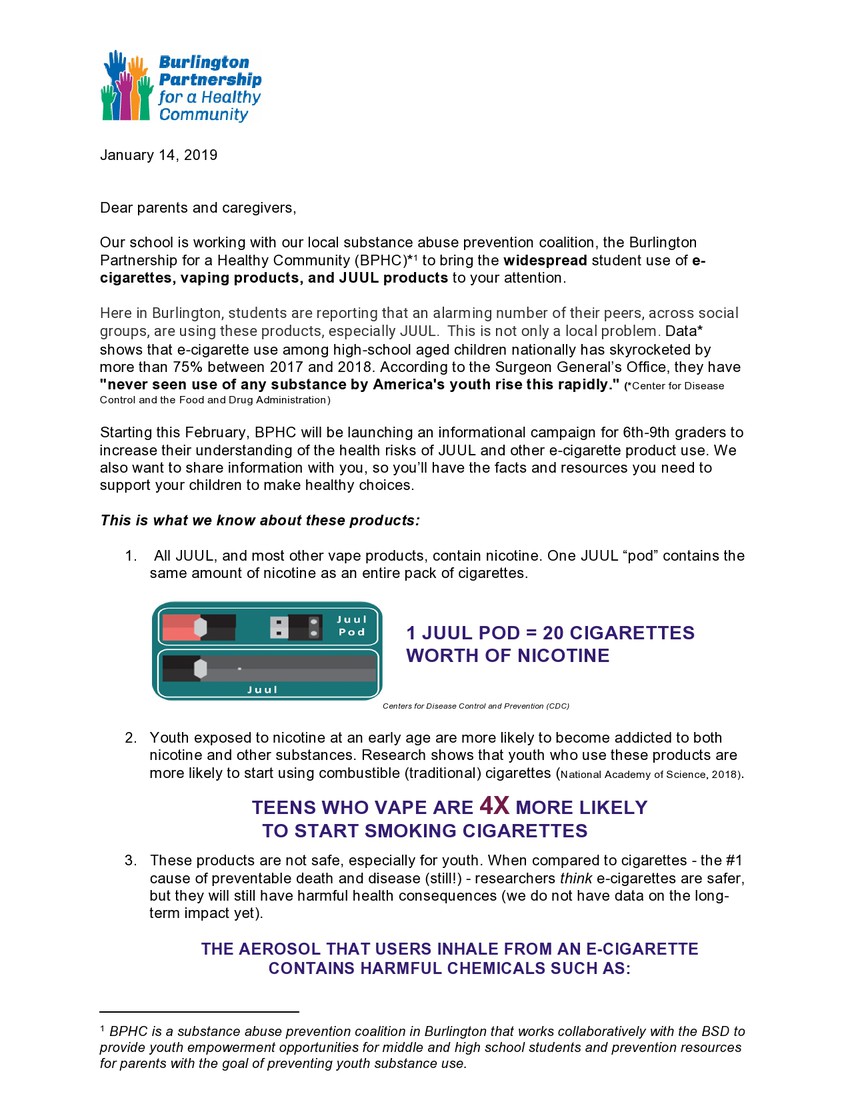 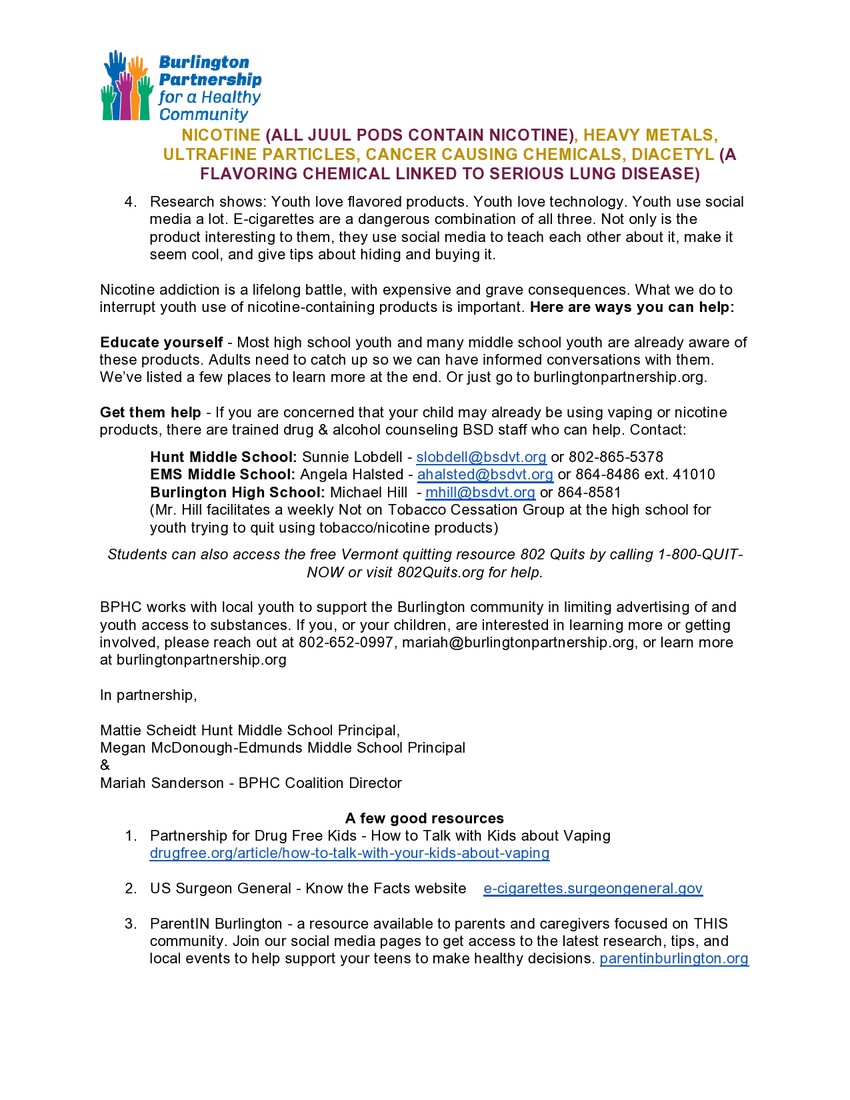 Follow Sabrina Westdijk
Contact Sabrina Westdijk
Embed code is for website/blog and not email. To embed your newsletter in a Mass Notification System, click HERE to see how or reach out to support@smore.com
close