Board of Directors Newsletter

Board of Directors Newsletter 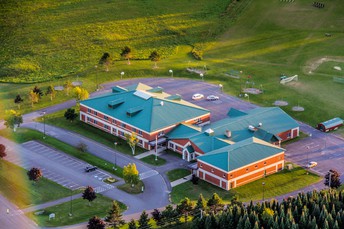 Chair Report: Chair Fred Grant discussed budget season and the need for a budget committee. The process will be similar to the past, in which the superintendent works with administration to develop a draft budget. Sue McLaughlin and Jeannie Tapley volunteered to be part of the budget committee.

Student Representative Report: Julia Thompson, reported on happenings at all of the schools, which included the following: The first unified basketball game was held Friday, March 4th, which was an emotional and phenomenal experience to watch all of the students involved. The district is very thankful it has been brought to RSU29. The unified basketball team was in Orono the night of the board meeting playing a game. All who watched seemed moved by the display of comradery that came from the game.

Last week HES celebrated Dr. Seuss read across America week. In addition to promoting student reading there was a different dress up event each day. HES and HSS parent teacher conferences will be held two evenings next week (March 15th and 16th). HES students made Saint Patrick’s Day decorations and sent those to area nursing home facilities. In April the students will make spring decorations, which will be sent to first responders. In the near future the PTO will start plans for the Spring Fling event to be held in June.

At HSS the Robotics Club has started again and will complete in a robot track meet in Limestone in April. The After School Program at HSS continues to run at full speed.

HMHS celebrated their winter carnival the week of February 28th. The senior class had a narrow victory over the sophomore class. A BBQ was held and students had a great time competing. Members of the hockey team received several tickets to a Boston Bruins game including hotel rooms, which was made possible by an anonymous donor. The HMHS Robotics Club is active and will participate in competitions in Limestone. Show choir continues to meet after school and prepare for a spring performance. There are approximately 60 students participating in intramural volleyball. The first match was against Hodgdon on March 8th.

Public Participation: A staff member asked about clarifications to the state SOP related to social distancing with masking changing to optional. Another staff member addressed the board regarding the teachers in attendance wearing red as a movement for the support of education and their dissatisfaction that a contract agreement had not been reached.

· Optional masking for all students and staff as of March 9th, 2022

· The state SOP - Investigation of COVID-19 Cases in Pre-K – 12 Schools is a guiding document. The most recent version of the SOP was released on March 8th which can be found here.

· The school has an ample supply of N95 masks in storage and available for students and staff upon request.

· Individuals that test positive for COVID 19 must leave school for 5 days and then wear a mask when returning for days 6-10. The directive of wearing a mask for days 6-10 or the remainder of the quarantine comes from the federal CDC. A student will need to test negative on a rapid antigen test before returning to school between days 6-10. The school is able to administer those return to school tests and testing is available at Walgreens and Katahdin Valley Health Center.

· 3’ distancing will continue in schools.

· RSU29 will encourage visitors to their schools, field trips, building rentals and use – opening the doors to the public, these are public schools.

· Continued safety measures will include continuation of pooled testing, encouraging staff and students to stay home when sick, and increased cleaning protocols.

Mr. Lyons discussed a legislative bill currently in the 130th Maine legislature (LD 1939). The bill is entitled an Act to Protect School Administration Officials from Harassment and Abuse. Currently the bill has been sent to the criminal justice committee.

Old Business: Joe Fagnant (RSU29 Director of Operations) discussed RSU29 facilities projects in detail that included items budgeted under RSU29 facilities/maintenance, CARES, ESSER 2 and future ESSER 3 funding sources. In the fiscal year there have been several upgrades to facilities including paving, touchless faucets, upgrading drinking fountains to water bottle filling stations, purchase of auto scrubbers and other materials for cleaning and sanitizing, electrical panels, and much more. The heating, ventilation and air conditioning (HVAC) systems have been upgraded at RSU29 facilities to include ionization in all buildings. There have been many upgrades, repairs and more to HVAC in all facilities in the district.

Many projects have happened, but there has been a delay in roofing projects as costs increased 40-50%.

Mr. Fagnant discussed the need to look at long range planning and funding related to our aging facilities. There is currently no long-range capital improvement plan at the district. HES was built in 1971, HSS in 1993 and HMHS has been modified many times, but was originally built in the 1950’s.

There was a first reading of the policy; BDA; Board Organizational Meeting (link included). The change relates to an update in that there is not more than one regular board of directors meeting scheduled on a monthly basis. David Alward of Davis, Gates and Alward provided an overview of the school fiscal year 2021 independent auditors’ report. The audit for RSU 29 was found to be very strong with no findings nor comments. There were no issues found in review of income and expenses or spot testing on certain items. Karen Carmichael (RSU29 Director of Food Services) discussed after school food programs already offered at HSS and HMHS and that there was not a need to opt into an additional After School Food Program as RSU29 already has programs in place serving the needs of students. Wendy Bradstreet (RSU 29 Business Manager) provided an overview of financial statements, indicating that the percent remaining in the budget is on target for being approximately two thirds of the way through the budget year.

Meeting will be held at Houlton Middle High School Auditorium. Meetings are generally held the first Monday of each month except in July and August

We look forward to the full reopening of our schools to parents and the public. It is our hope that we can all can start to move forward as a united school district and community, as there has been division on the topic of masking and COVID in our schools. We look forward to moving on and our hope is that the number of school days missed related to COVID or any illness is none to minimal. 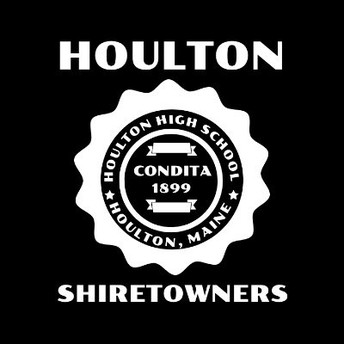 Facebook @Rsu_29
7 Bird Street, Houlton, ME 04730 info@rsu29.org 207-532-6555 rsu29.org
Embed code is for website/blog and not email. To embed your newsletter in a Mass Notification System, click HERE to see how or reach out to support@smore.com
close
Powered by Smore
Powered by Smore