Once again, Eisteddfod week and St Peter’s College feast day is upon us, and it is fantastic to see the students involved take on the challenge of entering events that may take them outside of their comfort zones. It is also amazing to see the more established talent from students in our school who are really able to showcase their gifts. A huge amount of organisation goes into this event, from the lighting and sound to the crowd control and timetabling. We are so lucky to have such generous support from within our community in attending to many of these areas, as well as those people who come in and judge each section. My sincere thanks also goes out to the many school staff that spend a lot of hours outside their teaching load to ensure this event is successful and supportive of all students, especially Mrs Laura Thomas our new Eisteddfod coordinator, who has worked tirelessly. And last but not least without our Year 13’s taking a lead role across the many duties required, including delivering morning teas to the judges, keeping guard on doorways and cheering on our younger students, the Eisteddfod would not be as special as it is.

It is also the time of Matariki in New Zealand, and it is great to see many of our junior classes embracing this celebration in their learning programmes. Staff have also gotten involved with a special professional development session being run for us last week by our Kaiawhina, Whaea Vanessa. The pre-dawn rise of Matariki, also known as the Seven Sisters or Pleiades, traditionally signals the Māori New Year under the Maramataka, or lunar calendar. In general, the celebration of Matariki starts when the first new moon can be seen following the rise of Matariki. Traditionally Matariki was both a time to commemorate those who had passed on and to celebrate a time of plenty when stores were abundant from horticulture, hunting and fishing. I am sure we all look forward to this being recognised as a public holiday next year!

Coldness of shadow,
lateness of light
swiftness of sunset,
now praise the Lord.

We are looking at running a school-wide sacramental programme beginning early in Term 3. If you would like your son or daughter to be baptised, confirmed or receive their first Holy Communion or would like to learn more about the programme then please contact our Director of Religious Studies Mr Brendan Terry at brendanterry@stpetersgore.school.nz. 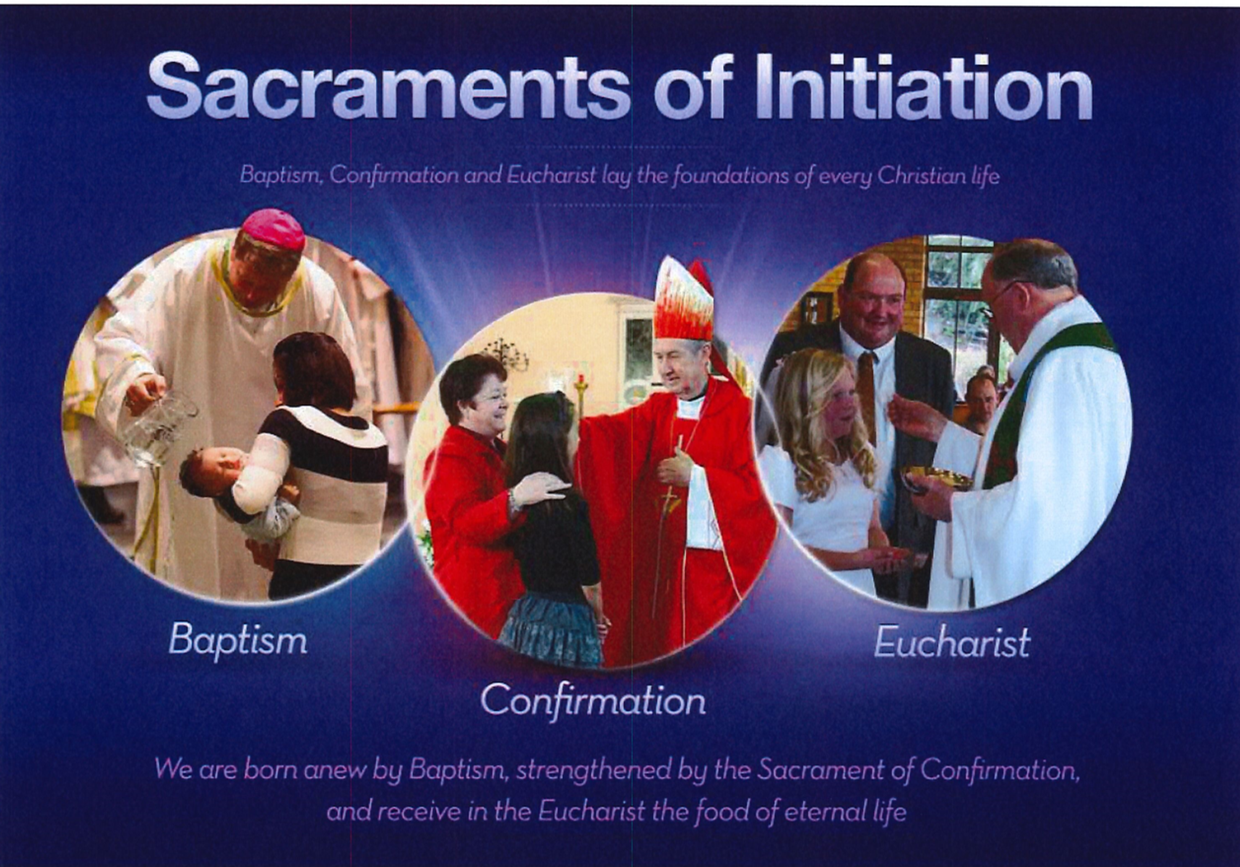 Scholarships are starting to come into the department. All students are emailed with notifications about scholarships. For students it is worthwhile taking the time to check out the scholarships to see if they fit the criteria.

Also check out MoneyHub; their details are below:

The team at MoneyHub, a personal finance website, has overhauled our comprehensive guide to school leaver university scholarships. The resource is extensively for 2021's Year 13 students: https://www.moneyhub.co.nz/scholarships-nz.html. It also has extensive guidance about how to apply and maximise the chances of success.


Also at MoneyHub is a CV builder for students needing a summer job before university next year check it out at: https://www.moneyhub.co.nz/university-student-cv-templates.html

The Otago Polytechnic Liaison team are really excited to bring you up to date information that is relevant to school staff and students with our new Otago Polytechnic Future Students Facebook Group. In this group, we will regularly post programme updates and stories about current students and graduates that can be shared amongst your networks. Simply click the link and join the group.

Gateway students out and about this week 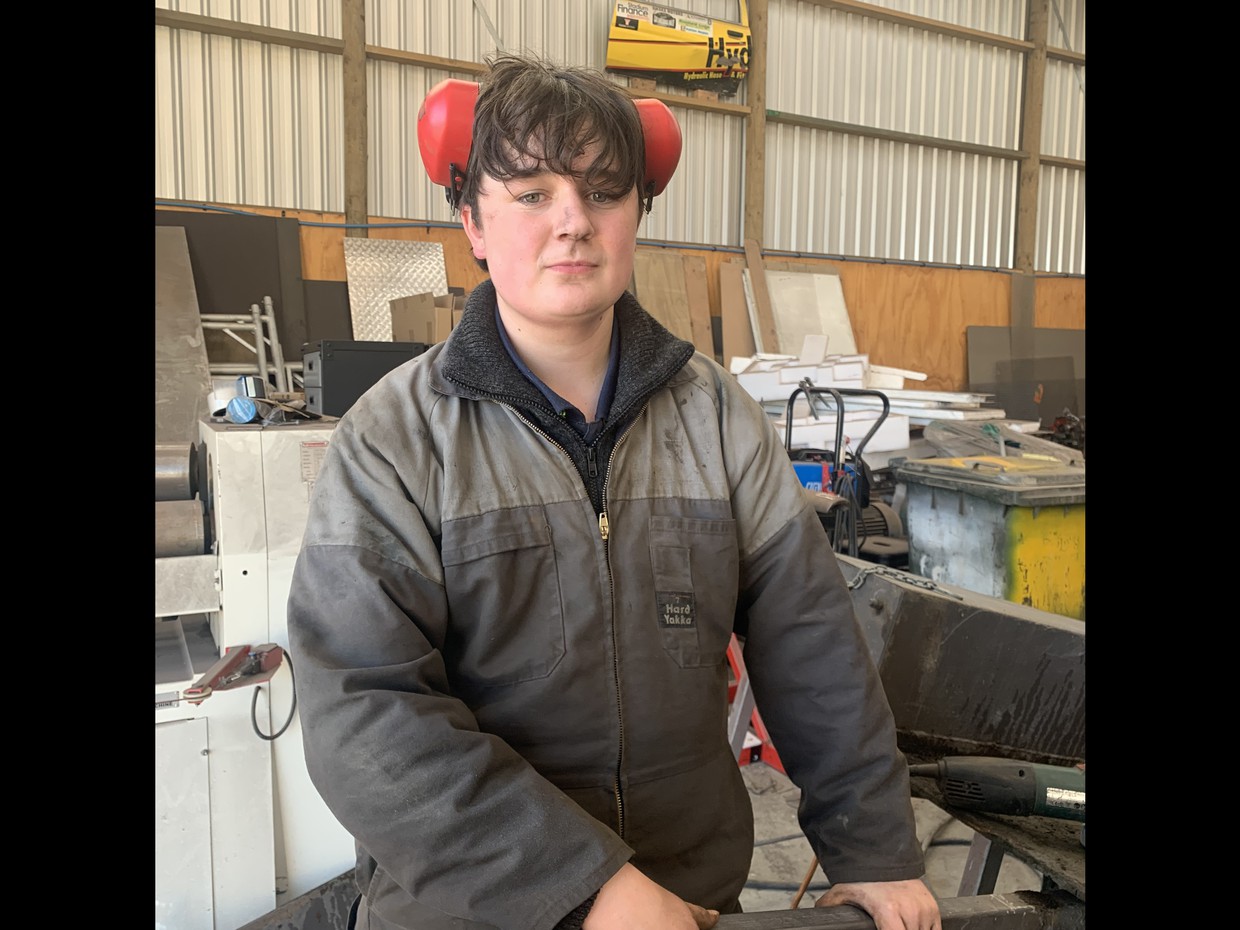 Charlie Stevenson at Base Metal Engineering 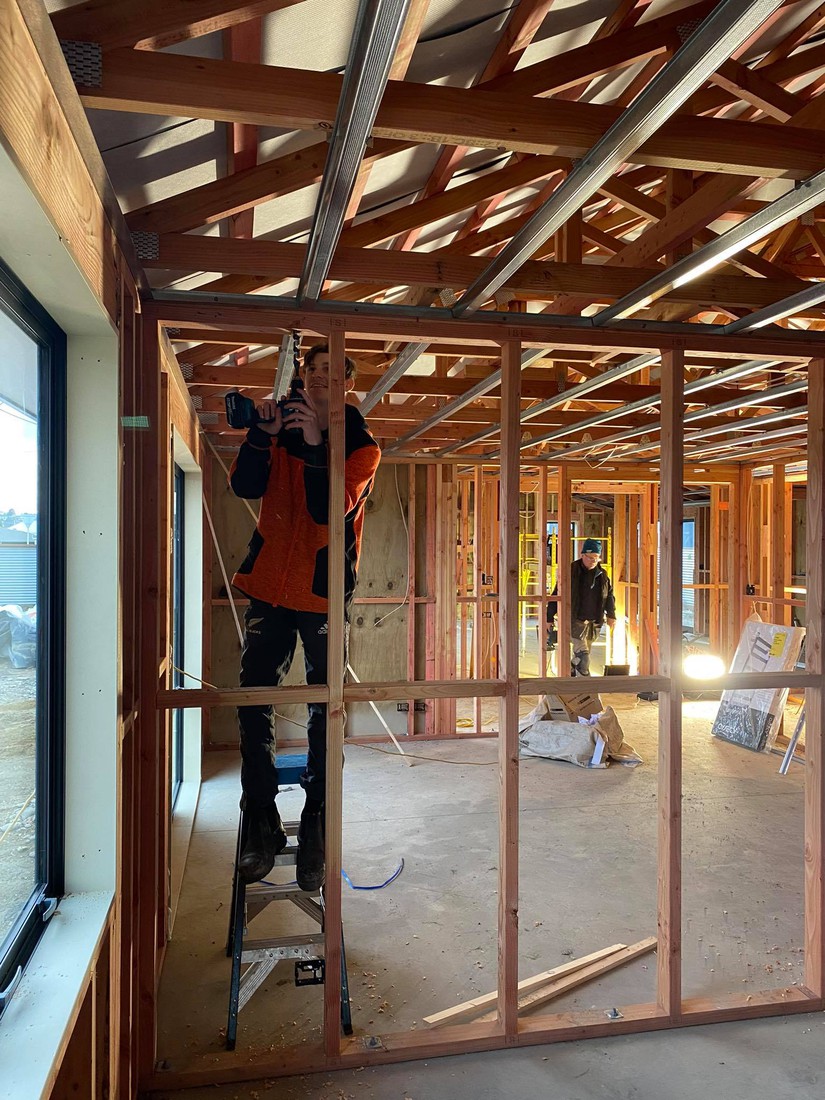 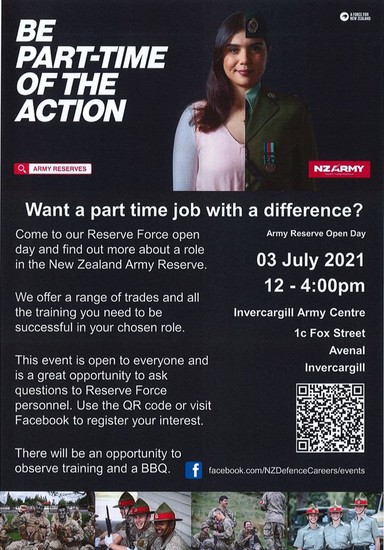 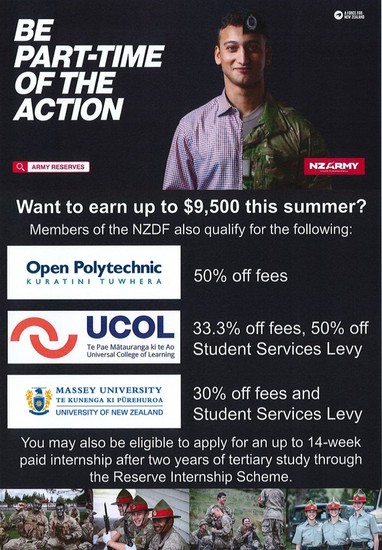 Tickets go on sale from Friday, 2nd July; available online from iticket. Click on the link below for further details. 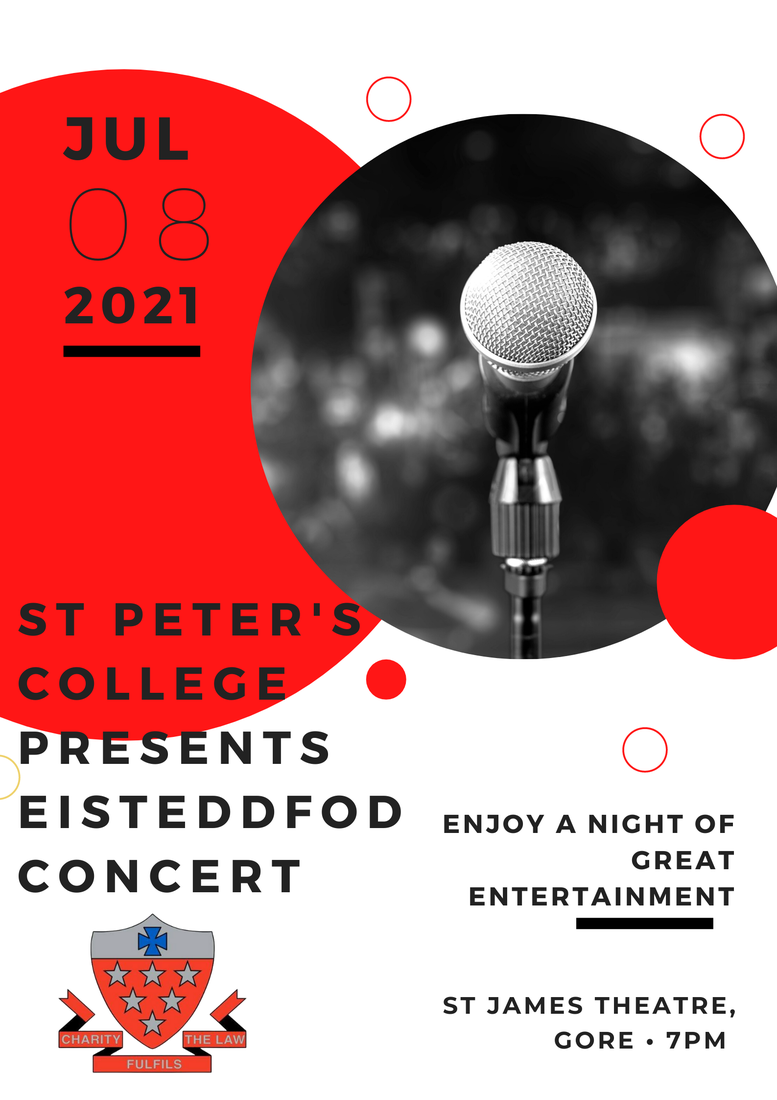 Some wonderful examples of pewter pendants and wakahuia/jewellery boxes completed by Year 8 in the Materials Technology class. 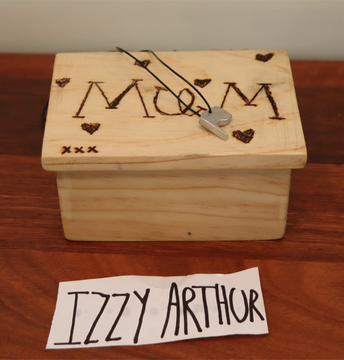 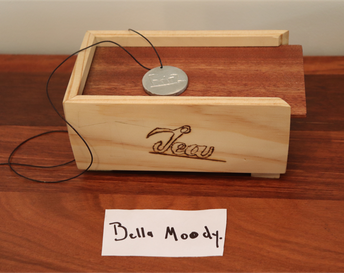 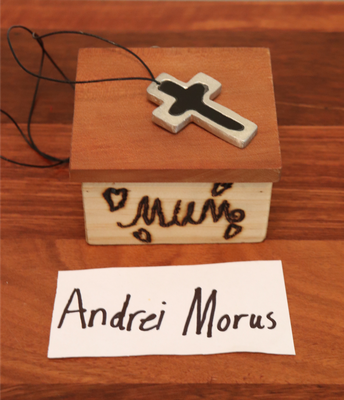 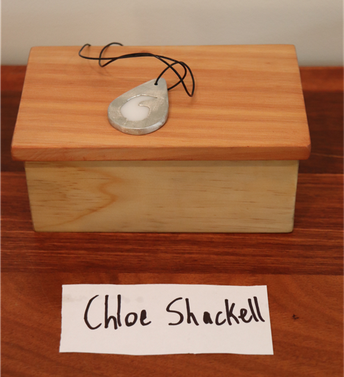 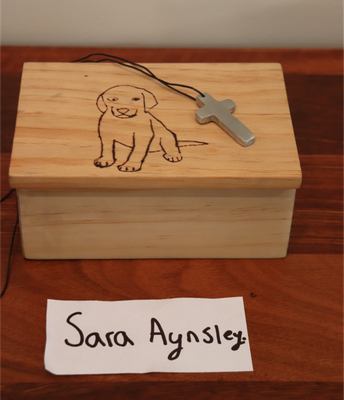 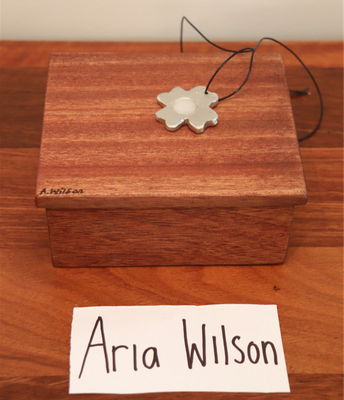 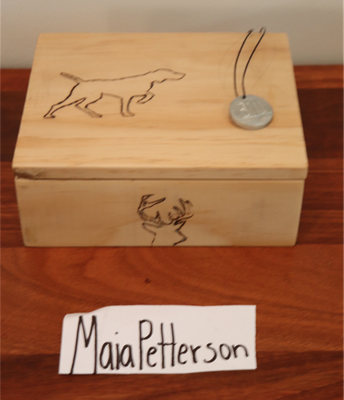 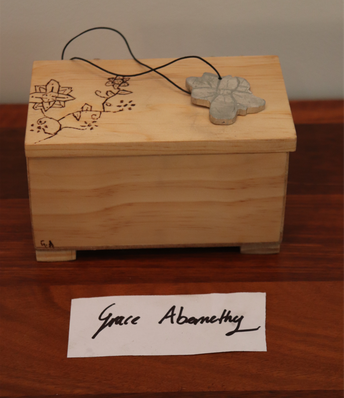 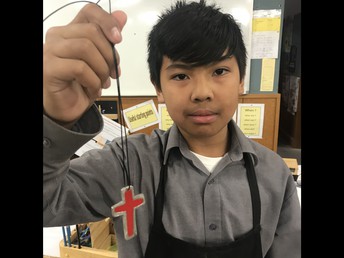 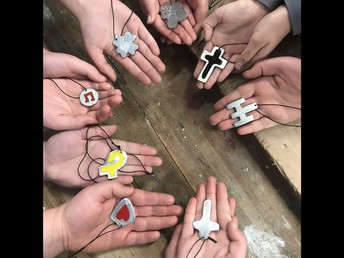 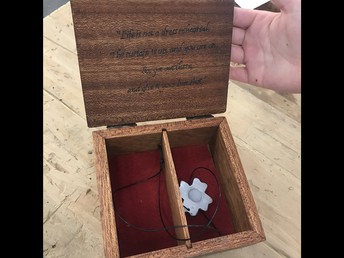 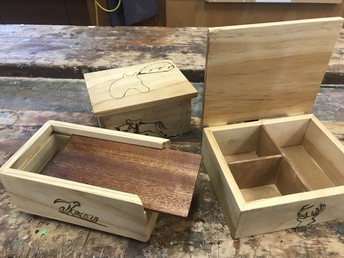 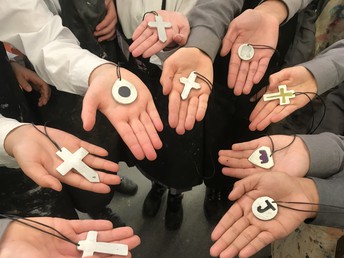 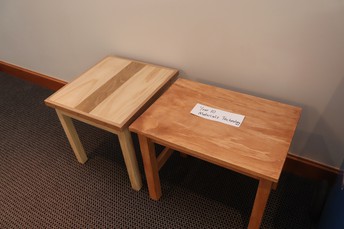 On Sunday, 27th June, at the Southland Pony Club Prize Giving, Sophie White was awarded the Junior Eventing Trophy (awarded to the Junior 14 years and under with the most points in eventing) and also her C+ Certificate which she passed in December (aimed at ages 14-16).

With winter upon us we have had a few requests for our female students to wear trousers and/or shorts as part of the uniform. Female students are allowed to wear the trousers/shorts that our male students wear and get them tailored to fit. We are looking at some suppliers of female trousers and shorts and hope to have these options available in the near future. It is an expectation that all students are in winter uniform (with the exception of those students still awaiting kilts) and if help is needed in purchasing these items due to financial constraints, please do not hesitate to get in contact with the Principal.

St Peter's students (Years 9-13) who are wanting to trial to play in one of three St Peter’s Hockey Winter Tournament teams during tournament week, please fill in the sporty form below.

Being held on Thursday 12th August in Invercargill. Please come see Jess young or email jessicayoung@stpetersgore.school.nz if you are interested in being in a team of four.

The Recreational and Wellbeing Day is held in Gore at the MLT Stadium, 5th August, for students in Years 11-13.

A survey will go out to all student in these years asking them to submit which sports they would like to participate in.

Once you have signed forms and sporty registrations giving your permission for your child to enter a sports team, tournament or event, there will be no refunds unless a medical certificate is provided. This is to ensure events can go ahead and that the appropriate costs are covered. Please make sure your child is able to attend before signing these documents.

Keep an eye on the newsletter if you are interested in entering an event.

Schools Apps NZ (if you do not have this go to Play store app and download).

If you require any further information email jessicayoung@stpetersgore.school.nz or come and see Jess Young in the PE office.

SchoolPickUp is an online store, selling a very wide range (currently 10,000 items and growing) of high-quality products. Most importantly, any purchases you make will mean 50% of the profits go straight to St Peter's College Gore. 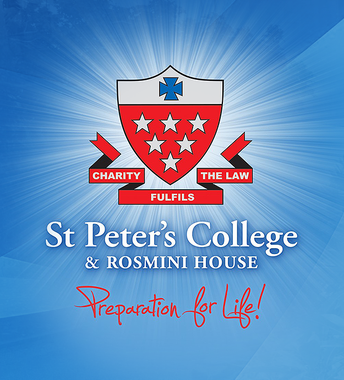 Facebook
121 Kakapo Street, Gore 9710, Southland, New Zealand office@stpetersgore.school.nz +64 03 208 9060 stpetersgore.school.nz/
Embed code is for website/blog and not email. To embed your newsletter in a Mass Notification System, click HERE to see how or reach out to support@smore.com
close