The POWER OF THE DREAM

The POWER OF THE DREAM 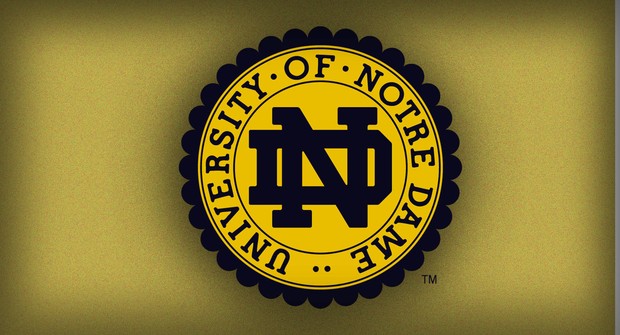 There many things that made it very improbable that Rudy would be able to realize his dream.

Rudy grew up in a working class family in Joilet, Illinois. His family was not rich. He was the third of fourteen kids. His dad worked three jobs just to put food on the table for his family. He played high school football but never played first string.

His dad was a hard working man who wanted him to join him after high school working at a union power plant, but Rudy had dreams of attending Notre Dame University and playing football. 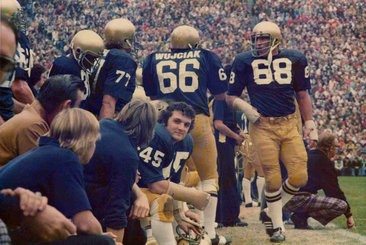 HOW HE OVERCAME HIS OBSTACLES

Rudy never gave up on his dream. After high school he entered the Navy and served for two years. He then worked at the power plant that his dad worked at and continued to save for college. He entered Holy Cross junior college where he worked to get his grades up for admittance into Notre Dame. During this time he was tested and discovered that he had dyslexia. He continued to work at Holy Cross to save his money to be ready to pay for college. He got a job working maintenance at the football field. During this time, he kept himself fit awaiting his opportunity to play football. He applied to Notre Dame FOUR times and was finally admitted. He joined the wrestling team off season to be able to be recognized by the athletic staff. He tried out for the football team and made the practice squad. For two years he prepped the football team for games. 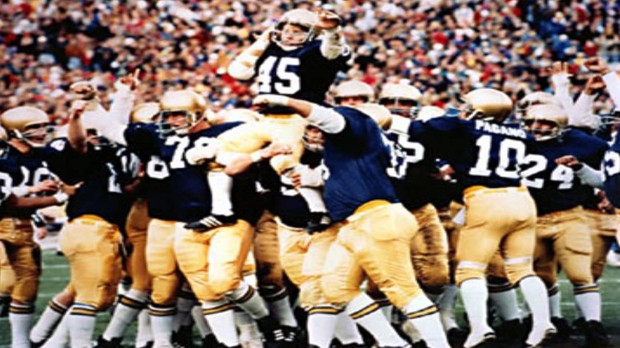 Video of the Rudy Play

Rudy did indeed get into one game and play on the field for Notre Dame. He played at the end of the game and sacked the Georgia Tech. He is officially credited with this sack and is in the record books as a Notre Dame football player. He was the first player in Notre Dame history to be ever be carried off the field. Currently he is an author and a motivational speaker who speaks to groups about acheiving your dreams. 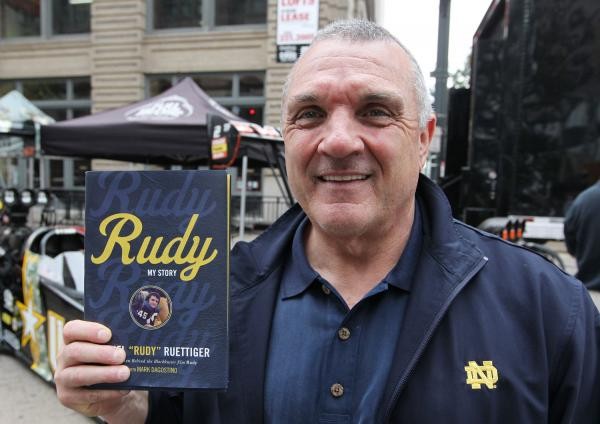