Nasir is using Smore newsletters to spread the word online.

Get email updates from Nasir:

In the field of literary analysis there are many theories that can be applied to texts to draw deeper meaning or to look at it through a modern lens.The Great Gatsby by F Scott Fitzgerald is one of the texts that is seemingly timeless and analysed often. Through the lens of new criticism, The Great Gatsby uses ambiguity and tension to progress the development of the narrator, Nick Carraway. The book does this with the mystery of Gatsby’s past and Gatsby and Daisy’s relationship

The mystery of Gatsby’s past is slowly revealed throughout the book in small bits until the very end of the book. Since Nick is the narrator the readers learn things as he does. Gatsby’s past is introduced in chapter 4 when Gatsby confronts Nick and tells him about his “past”. ““I’ll tell you God’s truth...“I am the son of some wealthy people in the Middle West — all dead now. I was brought up in America but educated at Oxford, because all my ancestors have been educated there for many years. It is a family tradition.” (Fitzgerald 49 PDF). Nick is skeptical of Gatsby’s past after hearing all of this. His life before West Egg seems too fantastical to be real. Nick stays skeptical until chapter 6, when Gatsby’s true past is revealed. “James Gatz — that was really, or at least legally, his name.He had changed it at the age of seventeen and at the specific moment that witnessed the beginning of his career — when he saw Dan Cody’s yacht drop anchor over the most insidious flat on Lake Superior.” (Fitzgerald 73 PDF). This progression of ambiguity leading to the payoff 2 chapters later adds to Nick’s understanding of Gatsby as a person, and why he acts the way he does.

Gatsby and Daisy’s relationship also develops Nick through tension. The relationship between Gatsby and Daisy is basically thrown onto Nick as he just met Gatsby and is promptly asked to arrange a date between the two. During their date Nick realizes that Gatsby is immature in his approach and sees a new side of Gatsby. “ ‘You’re acting like a little boy,’ I broke out impatiently. ‘Not only that, but you’re rude. Daisy’s sitting in there all alone.’ He raised his hand to stop my words, looked at me with unforgettable reproach, and, opening the door cautiously, went back into the other room.” (Fitzgerald 66 PDF). Nick later realizes how setting up this date could cause trouble between Daisy and Tom’s marriage and that culminates in chapter 7 when Tom and Gatsby finally confront each other. This tension that is put on Nick leads to his distrust of Gatsby and his general disdain for what happens in West Egg by the end of the book.

In conclusion, the tension and ambiguity in The Great Gatsby by F. Scott Fitzgerald progresses the development of the character Nick Carraway. Gatsby’s past and Daisy and Gatsby’s relationship are prime examples of this. Nick’s role as the narrator helps us see the progression of the plot and the feel of these characters that Nick is interacting with. 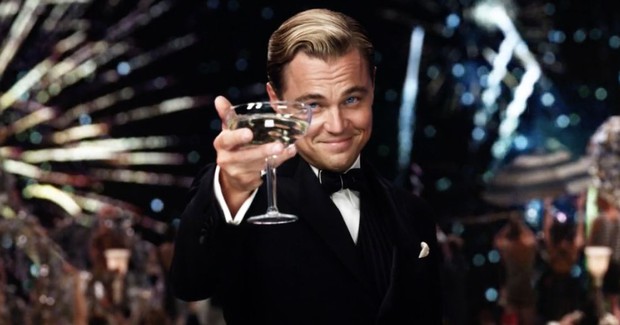 One Dream for All

But the brave still seek freedom

Freedom from an oppressive society

The dream in which we all have

Is no longer obtainable

Shrouded in the disguise of truth

Is a lie to keep us in

But we cannot earn what we built

In this country we call home. 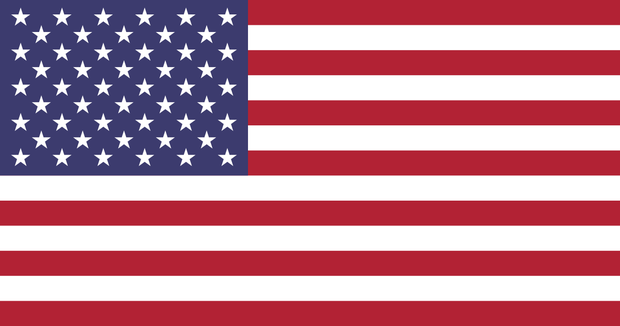 I chose to acknowledge the question "What are the limits of American opportunity, the idea of the “American Dream” or myth of meritocracy in America?" through a poem. I tried to explore the question through my own feelings about the American dream. 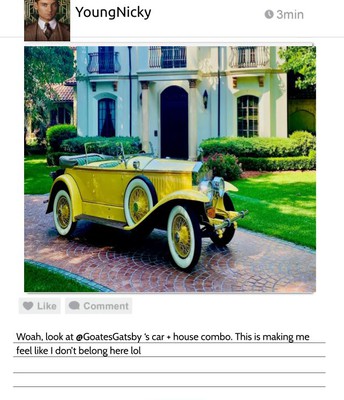 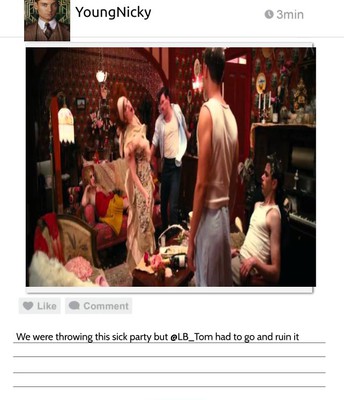 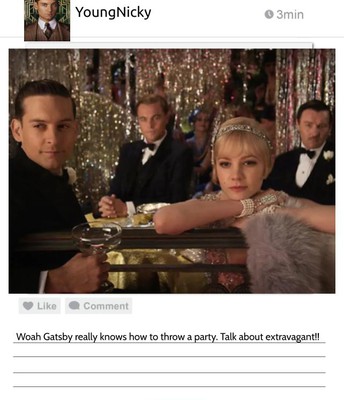 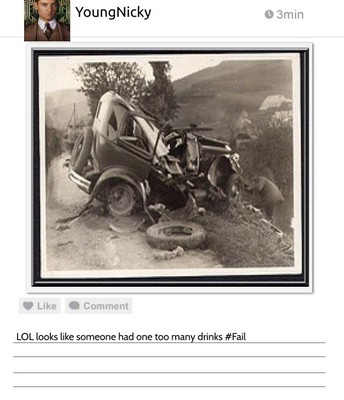 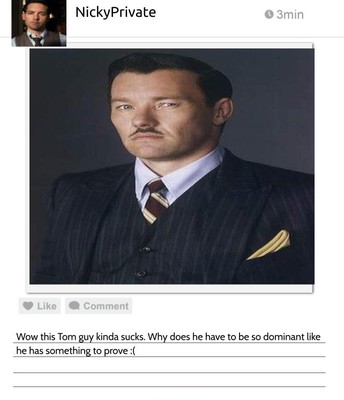 I decided to make Instagram posts from the point of view of Nick from The Great Gatsby. These posts reflect the events of chapters 1-3. The final post was a creative representation of what Nick's private account for his close friends might hold. Tom is pretty rude so I think Nick would make a secret hate post about him. 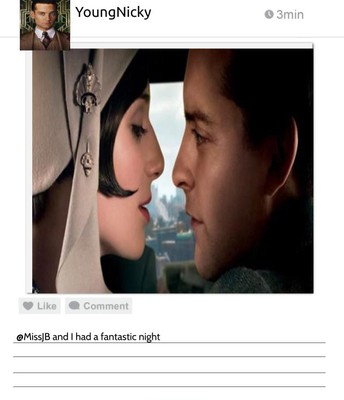 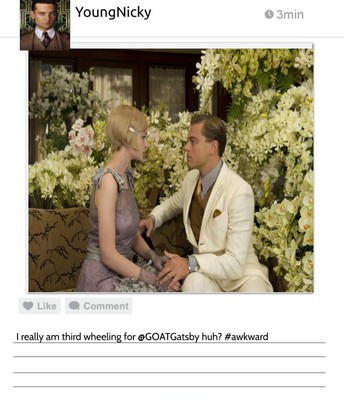 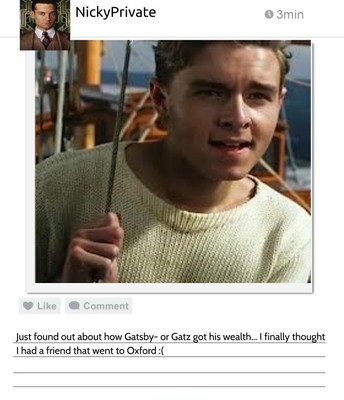 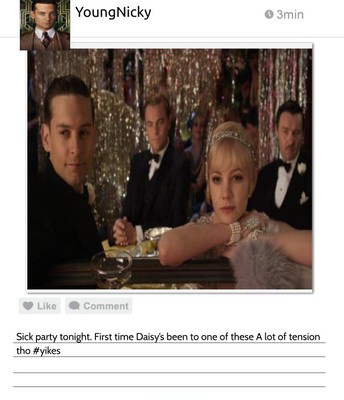 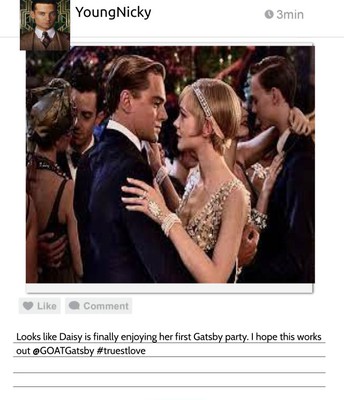 For the second entry I decided to do more of the same. These posts reflect Nick during chapters 4-6. Just like last time, I included a post from Nick's private instagram but this time it is as a reaction to Gatsby's past as James Gatz

Nasir is using Smore newsletters to spread the word online.

Follow Nasir Brown
Contact Nasir Brown
Embed code is for website/blog and not email. To embed your newsletter in a Mass Notification System, click HERE to see how or reach out to support@smore.com
close