My name is Thomas. Some call me crazy, some call me brave. All I know is to survive and to try to live another day. I made it this far with my leadership and I'm not giving up. I lost people and I made sacrifices. The world is not the same anymore. We have to find a cure.

Live in the Scorch

Original Home is the Glade

The Glade/ Job and what's on my mind

The civilization we made

The Maze/Job and what's on my mind

Me running in the maze

The scorch/job and what's on my mind

Its dangerous, we have to find a cure.

I am a runner. Since me and the others got put into the Glade as subjects, we had to create a civilization, create jobs and a way to live. Everyone had a role to follow, that's how we survived. At first nobody decided my job. But when i went into the maze to save my friend Minho, and i actually made it out alive, I became a runner. I am very fast, very smart with the patterns, and i did something nobody ever accomplished before, made it out of the maze alive at night. That's how i became a runner. But that was the maze and the glade, were now in the real world, the Scorch. My thoughts right now are that I just got out of the glade, which is where i first woke up one day and it turned into my home. Now I'm in the real world, I have no memory of myself or my family and Earth now is different. The cranks have taken over and everything is destroyed. We have to survive the disease and find a cure to bring back Earth. 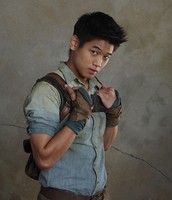 I have many great friends. Some of my best friends include, Minho, Newt, and Frypan. We protect each other and help each other. Minho lives in the scorch and his original home was also the Glade. He was the leader of the runners and made me a runner. Newt lives in the scorch and also his original home was the glade. Newt was what people called the keeper. He was the boss or leader of the maze. He kept the people in the glade surviving. Lastly is Frypan. His original home was the glade. He made it past the glade but sadly died while in the scorch. It was very sad for me. Frypan was a cook. When we got food, he would be the one to prepare it, cook it, and serve it. Without him we wouldn't be able to eat some foods.

Thomas came into the glade later than me. He saved me and I made him a runner. He turned into my best friend and we always had each others back. Me and him survived this long, were considerd lucky. Lets find a cure.

Creators/People I may know, enemies

Gally by the maze/people I may know, enemies

Gally/people I may know, enemies

Some people I know and dislike because of past situations are Gally and The Creators. Gally never liked me from the moment I entered the glade. He was always jealous of my bravery and determination. He tried to kill me and he killed one of my closest friends. I can't forgive him. The creators are the reason I'm here. They are the reasons I don't know anything and I don't know my family. They put me and the others here. I don't know exactly who they are but they are scientists that treat us as subjects and we are being tested.

Finding A Cure/Interests and Hobbies

My first interest or hobby is finding a cure for the flare. It might be more a priority than an interest but its very important. I need to fix the world like it was before. My second interest is surviving and taking care of my friends. The world is dangerous and at any given time I could get attacked. My friends is all I have. Running is my third hobby. Even though the world is coming to an end I want to continue running. I am very fast and i feel i can run forever.

leading my people through the maze/traits

One of my biggest personality trait is being a leader. Many people know I have this trait. People know I have this trait because I was the first person to survive a night in the maze and I lead my fellow gladers into surviving also. I also lead the runners into doing something nobody ever even attempted before I came to the glade, killing a griever. A griever was half robot, half monster. Grievers are why nobody could survive a night in the maze. I found the first clue on how to make it out of the maze. I also lead and planned the escape of the maze. My second trait people know me for is being brave. I was the only one to go help my friend in the maze at night. When the door of the maze was closing and my friend was still in there, everyone was too scared to go in at night, but not me. It was very risky too. The walls were closing in and I didn't know if I was going to make it to him. I could of got crushed. 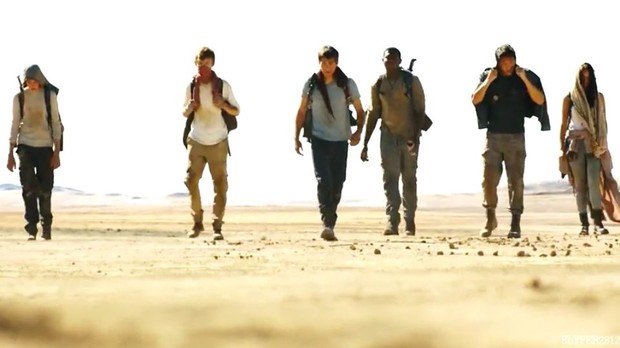 One statement I say a lot and is very meaningful is "Giving up is the same as being dead." What this means is, if you give up to find a cure for the flare, than the world is going to stay the way it is and we'll have to watch our backs every second. Another statement about the scorch I usually say is "It's still daylight, we have to keep moving." This means that we have no time to waste. Every minute we waist someone could be dead. If there's still light we can keep moving and find a cure sooner. If we stay in one place for a while the cranks will find us and attack us. We are very low on weapons..