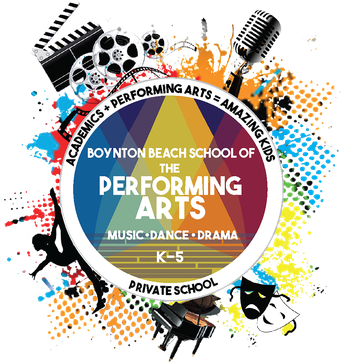 Our academic team, Ms. Nicollette and Ms. Lori are hard at work with your students with a fun-filled February. On Valentine's Day they made red and pink slime with glitter and decorated "Valen-slime Jars" to bring the slim home. The kids had a blast getting their hands slimy and used trial and error to determine which ingredients they needed more of to get the perfect slime texture. Another exciting stem project was an engineered stem, based on the Three Litte Pigs. The students worked like engineers to design and build houses to protect the pigs from the Big Bad Wolf! They then tested their designs to withstand the wolf's huffing and puffing. The classroom created wolf masks and had a blast huffing and puffing on each house which were creative masterpieces. Ms. Nicollette and Ms. Lori both were so impressed with all the little engineer minds in the classroom. Another exciting science activity in February was creating volcanic eruptions! They used baking soda and vinegar for all of the colors, then added club soda and dish soap to two separate volcanos to test which mixture combinations created the largest explosion! March will start out our first Fun Friday project by decorating our arts and crafts/science t-shirts. Stay tuned for the excitement we always share on our Facebook Page!

How about a little glimpse into each grade. Kindergarten students are identifying letters, sounds, and early phonics. They are beginning to really enjoy early literacy storytime. Holding a pencil grip, fine motor skills such as cutting paper with scissors has been a focus to prepare for the next step into 1st grade. The students love using pompoms, blocks, and other fun counters to practice math skills. 1st and 2nd grade are enjoying heritage studies and learning about our community, state, and national governments including their landmarks and leaders. This will continue into March with some special and fun activities. In math, they are learning how to tell time on analog clocks and we started our unit on money which will continue into March. Students have the opportunity to practice using money in real-life situations during an activity in which they will go shopping in the "class store" with play money. In ELA the students have been reading tall tales, fables, and fairytales and learning about the characteristics in each genre. Grammar they are focused on compound words adding -s and -es to the end of the words. In March, we will be composing creative writing stories of student choice. All the students performed extremely well on their last two spelling tests. GOOD job students and parents for making that important! March will begin exploring living things in Science! We will learn how plants and animals grow and change as well as where they live. 3rd-grade focus has been spelling words and wow we have a spelling star in 3rd grade. We are so proud of you Aracelli! Our students love fairytales and will be focusing on fairytales in March. The students will be writing a "fractured fairytale" in which we read a fairytale together and then they rewrite the story with their own twist to it. 4th grade and 5th grade are embarking on creating writing. Working with their own ideas and imaginations, they are getting their great thoughts and stories out of their heads and onto the paper. We will be focusing on writing and the writing process well into March as we study grammar, punctuation, and editing," shared the academic team. Ms. Lori said she can already see how the students want to write and edit. The students love creating their own stories. 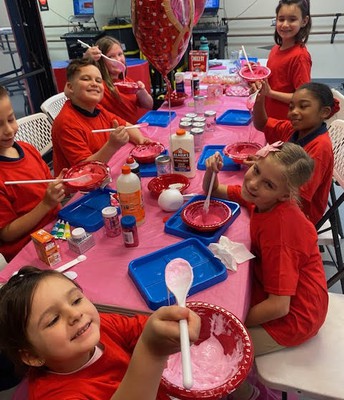 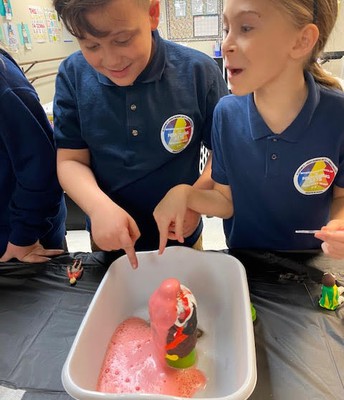 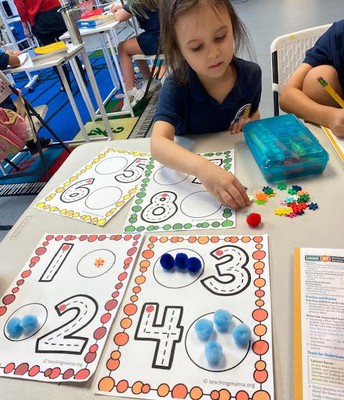 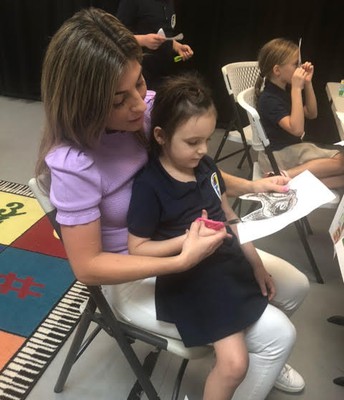 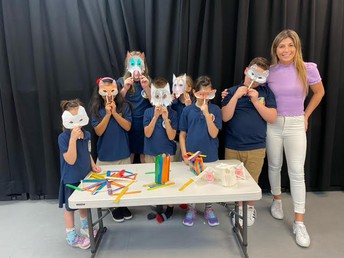 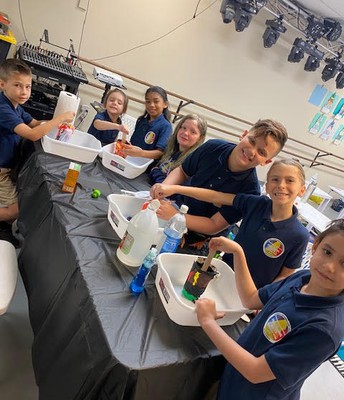 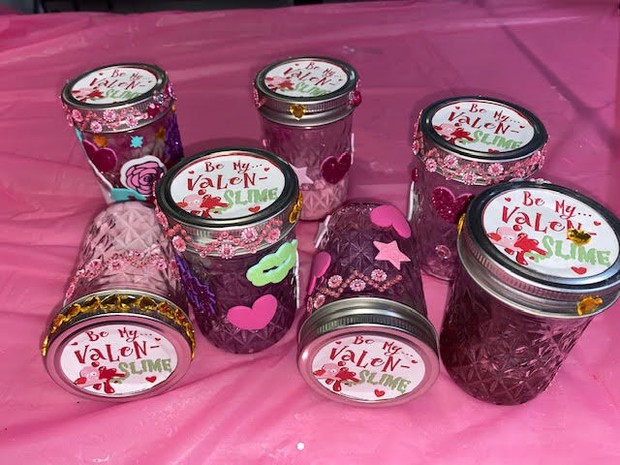 Centre Stage electives have been in high gear preparing for our Spring Recital. On top of the focus, we have been enjoying learning so many new and exciting things about the arts. Ms. Diane has shared that our recital will showcase our Private School students in many ways. One way will be with a song called, "Bright". Ms. Diane is working on it vocally and Miss Lyndsey is working on the choreography. Ms. Diane has enjoyed watching the children prepare for their Piano Party production, "The Hare and the Tortoise". Piano Party is a Private School tradition. One room and a circle of pianos. All the students have their own part playing and together as a group they form an amazing musical story not just playing Piano but also acting it out as well. The shows are always amazing. We are so proud of some of our new students who have never played piano before and have taken the time to jump in and learn to prepare for their first Piano Party. In March the teachers will be choosing the roles for the Piano Party production.

Mr. Edgar is enjoying the storyline for the Piano Party, "The Turtle and the Hare." He has been working with the students on choosing specific songs that go with the theme. Each song will represent a part of the story in various ways, the faster tempo songs identify the Hare and the slower tempo the Turtle. Currently, in Mr. Edgar's class, they do not say fast or slow they say "presto or adagio". Mr. Edgar has been teaching new terminology to describe tempo and he has been working hard with the students to identify the notes on the staff. Notes on the staff are where we write music. The highlight for Mr. Edgar as a music teacher is hearing the students compose their own music. They have been working on composing their music this month based on specific sections of the story. Mr. Edgar is so proud of every student's songs and one song that stands out the most right now is a song a student wrote called, "Distractions". He is so excited to get into each student's composition based on the story.

Miss Lyndsey's drama class played a game called "Compliment" and the kids have to give one another compliments. It was bigger than just 'I like your pencil" or "I like your hair", she made them really think about it, and the one that stood out to her the most was, "I like how you are brave." It was so sweet not only did she pick this out to share, she shared this story in our team meeting which melted all of our hearts. This is the importance of drama class. Structured play that evolves the mind is the best way to learn how to express yourself in a healthy way. For March, in both acting and Miss Lyndsey's dance classes she has already signed up some of the staff to sit in her class so the students learn to be in front of an audience. She also will be working on A and B scenes for acting class. Two actors take the stage and come up with countless situations. It is truly so very funny. When your children start diving into this, please pick their brains about it, what they will share will be absolutely hilarious and inspiring to us as adults. Since the students will be performing at another location on the big stage, she has a strategy of having them perform in different rooms and hallways of the school to get used to dancing in different locations. BRILLIANT we must say!

Miss Crystal reported all the students are doing awesome in Ballet class. They enjoy practicing their recital dance. Seraphina has mastered her skips. Miss Crystal is so proud of her. That is the definition of not giving up. She continued to work so hard and she did it. Great job Seraphina. In March her class will be working on basic technique. The students have already started working on our Sautes (jumps) and Miss Crystal is so proud of each one. They learned Sautes in the first, second position and even did echappees! We will continue to work on jumps in March and really try to land properly toe, ball, heel. 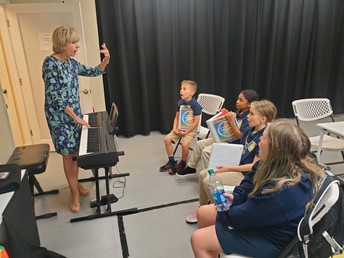 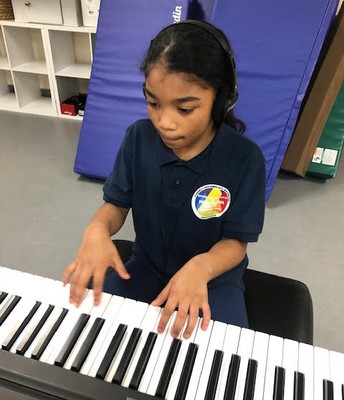 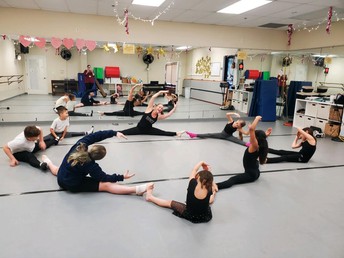 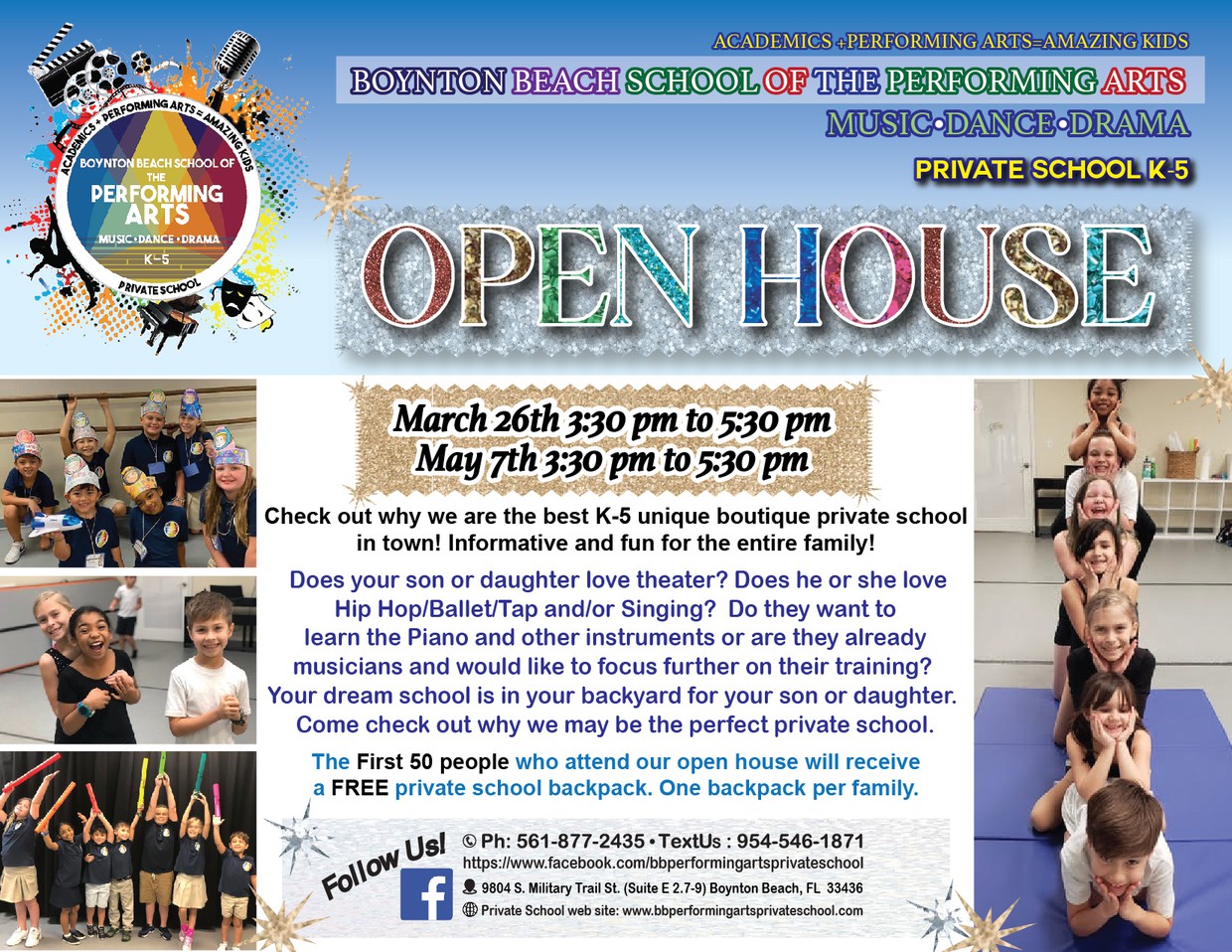 Congratulations to our students who are on the Studio's Dance Competition Team!

WOW, big congrats to some of our students who are on the Competition Teams at our sister business, The Boynton Beach School Of Music, Dance & Drama for your big competition recently. We did amazing and you worked HARD for that. Great job! 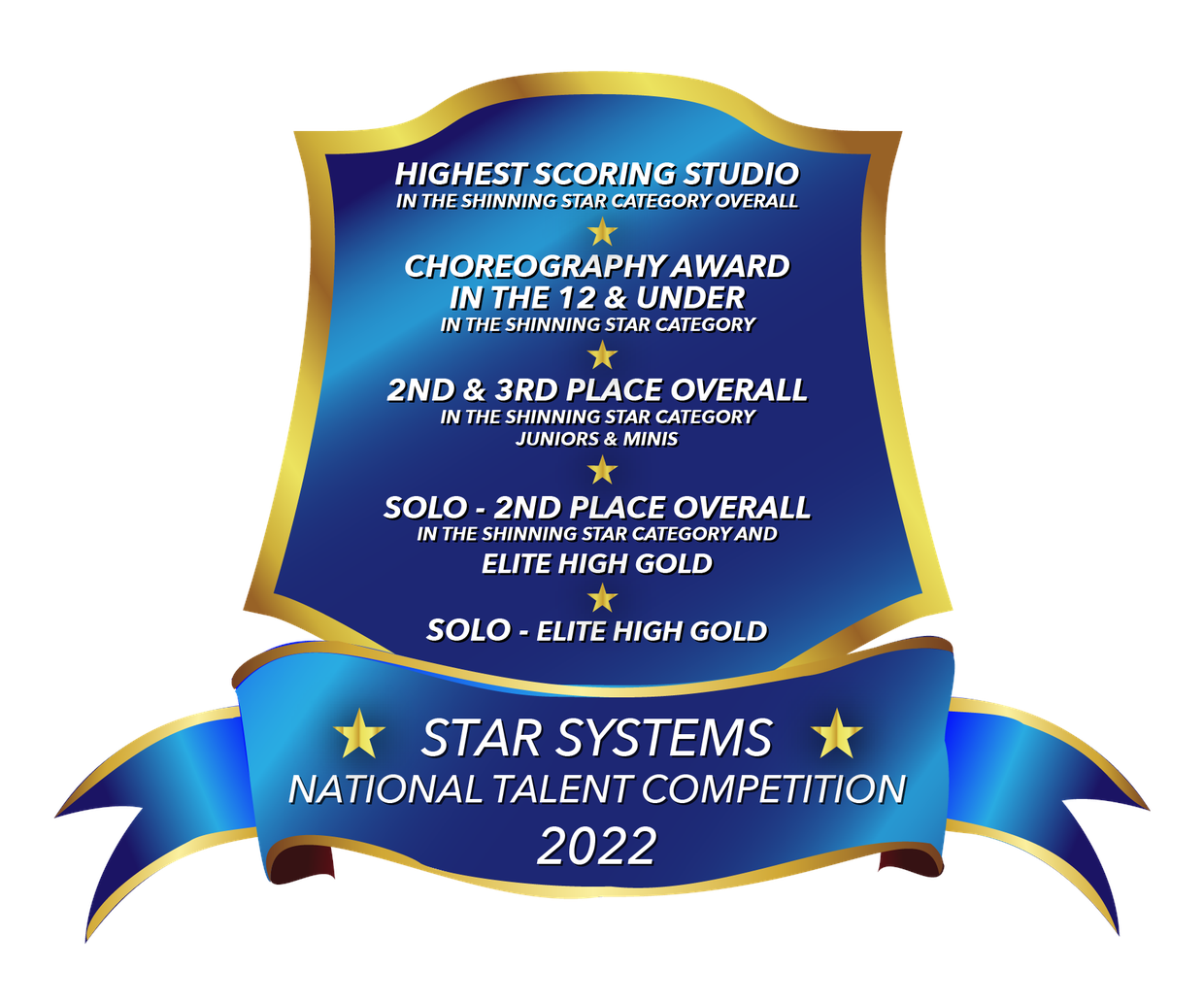 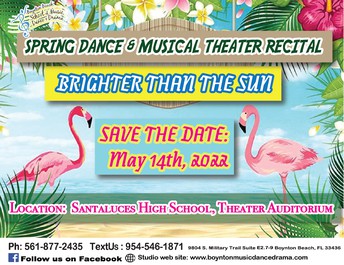 Our Private School and our sister business, The Boynton Beach School Of Music, Dance & Drama, will have their big Spring Recital in May. 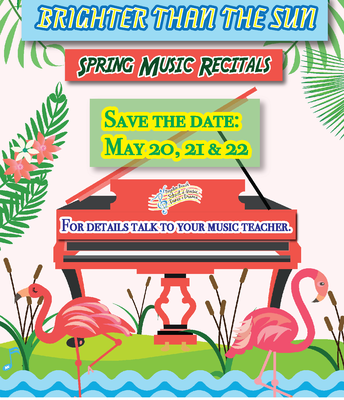 Do you take Private Music Lessons After School? 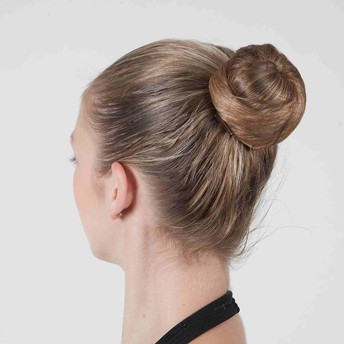 Girls, please pull your hair back for dance!

Girls, remember your hair must be pulled back for all dance classes. It stems to respect and presentation. It also allows your teacher to work with head movements and body movements that are distracting to you and your instructor with your hair not up in a bun.

March Verse Of The Month 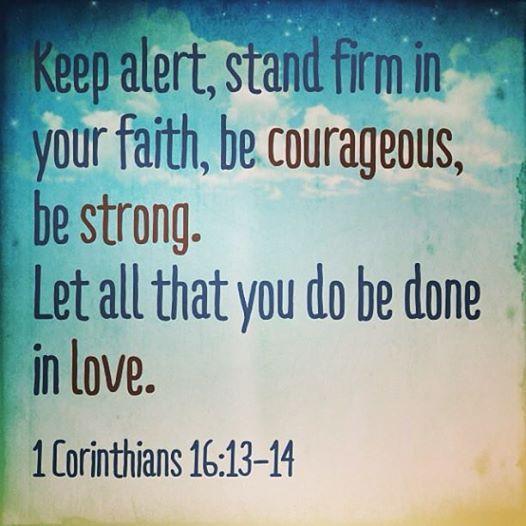 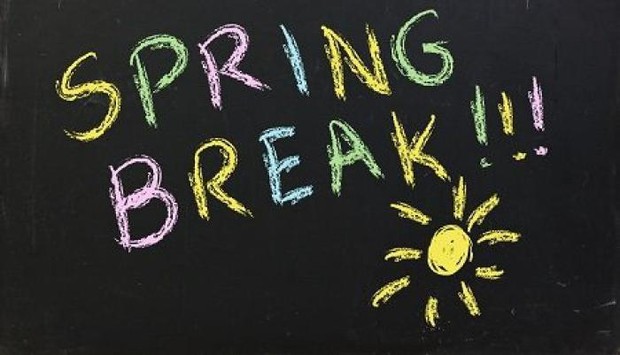 Follow Heather Hultgren
Contact Heather Hultgren
Embed code is for website/blog and not email. To embed your newsletter in a Mass Notification System, click HERE to see how or reach out to support@smore.com
close