Malaysia is a beautiful country. It has lots of nice beaches. This country is a multi-ethnic and multi-cultural. It has 13 beautiful states, and a landmass of 329,847 square kilometers. In 2010, the population was 28.33 million, with 22.6 million living on the peninsula. Most people are Islam, and most people belong to the Malay Ethnic group. Our country's capital is Kuala Lumpur. It is also the largest city in Malaysia. The Petronas Towers are one of the tallest buildings in the world and soar above the city. Read more for more information. 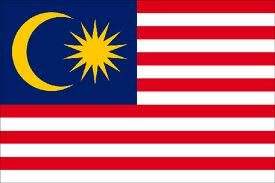 These are the Petronas towers. They are the tallest towers in Malaysia. They stand in the Capital city of Kuala Lumpur, Malaysia

Kuala Lumpur Is the Capital city and the largest city in Malaysia.

Malaysia has lots of nice beaches and resorts. The Beach is very clean. People like to spend their vacation in Malaysia to enjoy the nice beach.

Malaysia is the 67th largest country, and has a landmass of 329,847 square kilometers. It has land that borders Indonesia, Brunei, and linked to Singapore by a narrow Causeway. The two parts of Malaysia are separated from the South China Sea. The temperature is moderated by the presence of the surrounding oceans. The average rainfall every year is about 250 centimeters.

Peninsular Malaysia contains about 40 percent of Malaysia's land, and extends 740 Kilometers from north to south and 322 kilometers from east to west.

Mount Kinabalu is the tallest mountain in Malaysia. It is located in East Malaysia It is the 20th highest mountain in the World. It is 13,435 feet above sea level.

Malaysia is multi-cultural and a multi- ethnic country. Most people practice Islam, and most people belong to the Malay ethnic group. Most people in Malaysia speak Malaysian. The most widespread holiday is Hari Merdeka. It is known as independence day in Malaysia. The celebration occurs in August, 31. Popular sports are badminton, hockey, bowling, football, and squash. Malay music has been originated from the Kelantan-Pattani religion. They use mostly percussion instruments, and the most important instrument is the Gendang drum.

the original culture the area stemmed from indigenous tribes that inhabited it. Substantial influences exist with Chinese and Indian culture. Other cultural influences include the Persian, British, and Arabic cultures. Some culture and disputes exist between Malaysia and the country's neighbors. Indonesia and Malaysia have similar culture heritage, sharing lots of traditions.

Malaysia's food reflects the multi-ethnic makeup of its population many cultures from within the country and from surrounding regions have influenced the cuisine. Much of the influence comes from the Malay, Chinese, Indian, Japanese, and Thai cultures.

Independence days is called Hari Merdeka. It is the most celebrated holiday in Malaysia

Nasi Lemak is the National food in Malaysia. It is served with anchovies, eggs, peanuts, lamb, vegetables. curry, and sambal belacan.

It is traditional Malaysian kite. It is one of Malaysia's national symbols.

The Kek Lok Si is the biggest temple in southeast Asia. It stands in Penang island.

Malaysia is a constitutional elective monarchy. The head if state is the Yang di-Pertuan Anong, commonly referred to as the king. The King is elected a five year term. Executive power is vested in the Cabinet, led by the prime minister. The prime minister must be a member of the house of representatives.

There is no slavery. You have protection against retrospective criminal laws and repeated trials. You have freedom of speech, association, and assembly. As a Malaysian citizen, you can't be excluded from the country. The prime minister is the head of the government

There is equal rights for all people. You have to be 18 to vote. Education is free in Malaysia.

Inside the Malaysia house of Parliament

This is the parliament. this is where the Parliament meets every day.

In 2007, Malaysia had the 3rd biggest economy in southeast Asia, and the 28th largest economy in the world. Malaysia is a relatively open state-oriented and newly industrialized market economy. When they trade by boat, they use the strait of Malacca shipping route to deliver products to other countries.

Malaysia produces the most palm oil in the world. They take it from these trees.

Kula Lumper is the center of the economy in Malaysia.

Follow Caleb Keng
Contact Caleb Keng
Embed code is for website/blog and not email. To embed your newsletter in a Mass Notification System, click HERE to see how or reach out to support@smore.com
close