A tragedy was a serious drama. Tragedies had common themes such as; love, hate, betrayal, and war. It reached its important form in Athens in the 5th century BC. Greek Tragedy is an addition to the Ancient Greek rituals done in honor of Dionysus. Greek Tragedy influenced the theater of Ancient Rome. Tragedy dramas a hero or main character, the hero was often gifted with remarkable abilities. An error in judgement or defect usually caused the hero's downfall. Aristotle argued that tragedy cleansed the heart through pity and terror, purging people of their petty worries and concerns by making us aware that there can be nobility in suffering, and that's what made tragedies important.

The cover of a Greek Tragedy comic

The Greeks used masked to represent theater. The smiling face represents comedy,while the frowning face is a tragedy. 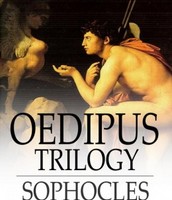 The Oedipus trilogy is one of the few surviving tragedies from Ancient Greece written by Sophocles;a famous tragedy writer.

From BC to Modern Day

Greek tragedy has changed since Ancient Greece. However almost all of the surviving ancient tragedies are still preformed today for people all over the world. Of the many tragedies known to have been written,full-length texts by only three authors,Aeschylus, Sophocles and Euripides,survive. However, in today's world we see tragedies represented not just through plays,but through movies and even books. One of the first American example of a tragedy novel was in 1850, this book was The Scarlet Letter by Nathaniel Hawthorne. Tragedy is still considered important because most people believe what Aristotle argued that it cleansed the heart and that tragedies can teach lessons. Many things have been done with tragedies. People watch and read tragedies all the time and don't realize it. The Titanic and Romeo and Juliet are examples. 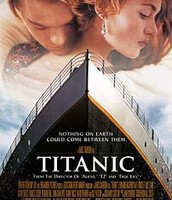 The Titanic is an example of a modern day tragedy. 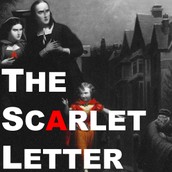 The Scarlet Letter is one of the first American tragedy novels written.

Modern day tragedies are represented through books, movies ,plays, and more. Tragedies are present in almost every country because it is popular genre and is generally well-known. I'm interested in the tragedy drama because many people don't see the point of tragedy most people find it depressing and disturbing. However, the classical Greece writers thought that facing tragedy was a healthy and necessary cure to foolishness.

"What makes a tragedy so tragic is not that the noble individual falls into ruin, but that his fall causes so much suffering in others." --Charmezel Dudt.