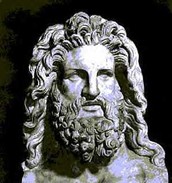 Long ago, there was a man named Zeus, who lived in the small city of Chalicis, Greece. During this time, his city was in a major drought. Zeus spent all of his life refusing to help others. Day by day his city had less and less water and the tension grew between the townspeople. Eventually, people were breaking into other people’s houses, in search of water. Zeus knew that any day a war was going to break out, but he refused to get involved. In Greece, most of the water in the smaller cities was received from snow run off. When it didn’t snow, there was no water. Zeus, being the god of rain, could have solved this problem, but he refused. The green rolling hills had turned into black soil and smoldering flames. After Zeus heard all the complaining, he grabbed his water bucket and attempted to run away. As soon as he tried to escape, five guards broke his door down and blocked him from escaping. The guards were in amazement at the crystal blue water in Zeus’s bucket. As one of the guards tried to take his bucket, Zeus spilled the water everywhere, in an act of selfishness. Time stopped as the water soaked in the ground. After a few short seconds, clouds began to form and all at once the skies opened up and the rain began to fall. Lakes formed, land eroded into rivers and mountains, and the oceans formed, creating seven continents. From then on, Zeus enjoyed his life on the streets and he learned the value of being helpful towards others and that being selfish can get you no where. 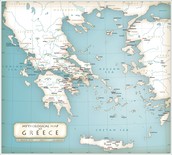 Follow Luke Jeskevic
Contact Luke Jeskevic
Embed code is for website/blog and not email. To embed your newsletter in a Mass Notification System, click HERE to see how or reach out to support@smore.com