The time of revolution was a turbulent one for the people of the young United States of America. Politically oppressed, religiously restricted, morally confused, socially introverted, and economically depressed, the citizens of America suffered from British rule far more than any could have imagined they would profit from it. The most important of these pillars of the King's despotism is certainly economic deficiency, as it affects all other pillars in its own right. Economic independence was undeniably the most prevalent theme in Revolutionary society during the mid to late 1700's. 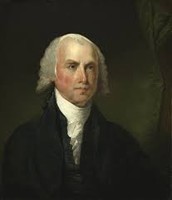 Author of the original Virginia plan and Bill of Rights

Gave the iconic speech that end in the famous line "Give me liberty or give me death!" 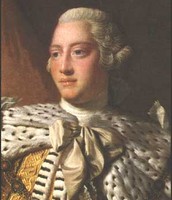 King of Britain during American Revolution, passed all oppressive movements against colonies in years just before revolt