"Ismene, dear sister, you would think that we had already suffered enough." (Sophocles 3).

Ismene and Antigone have lost two brothers. One honorable brother to their community (Eteocles), and another brother who had barley any honor at all (Polyneices). Antigone and Ismene have discused the death of their brothers. Ismene thinks its a bad idea to bury Polyneices but Antigone thinks its the right thing to do, because after all it is her brother. Ismene doesn't want to help Antigone because she doesn't want to get in trouble with Creon

"You will give no support to whoever breaks this law." (Sophocles 185). Creon, the king, declares that anyone who goes against the laws suffers death. Creon sticks to his word in what he says. Creon found out that someone has buried Polyneices which is dishonor to his country. As far as he knows, the criminal is a man who shall be brought to him to be executed. 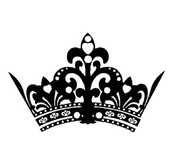 "Surely this captive woman Is the Princess, Antigone. Why should she be taken?" (Sophocoles 300). Creon finds out Princess Antigone has buried her dishonorable brother Polynieces. Creon is blown away because he doesn't think Antigone would do this against his laws. Creon clarifys the law and makes sure she understands what will happen to her next. Antigone is aware she will be killed and tries to justify why she thinks what she has done is right, because she is head strong and inforces what she believes in. While Antigone justified her actions Ismene comes in and takes the blame for herself, Antigone denies Ismenes' statement and puts herself in the wrong for the crime.

"Is it grief for Antigone, that brings him here, And bitterness at being robbed of his bride?" (Sophocoles 495). Since Antigone commits the crime she did, Creons' son, Haimon, loses his bride. Antigone and Haimon were suppose to get married, but now they can't because she is suppose to lose her life. Haimon fights with his father to try to keep Antigone alive. 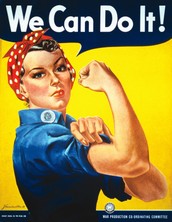 "Here is Antigone, passing to the chamber, where all finds sleep at last." (Sophocoles 660). Antigone is declaring that many women have done things just like this, but people are just now realizing it because it is her , the Princess, commiting the crime. Just because she did this "unhonorable crime" according to her community, she feels it was the right thing to do. 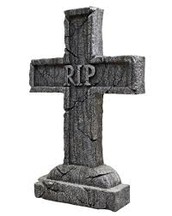 "Go quickly: free Antigone from her vault and build a tomb for the body of Polynieces." (Sophocoles 867). Creon and Teiresias were arguing back and forth because Creon feels it was the right thing to do to let the gods decide what happens to Antigone. But Teiresias had a vision and convinced Creon that it wasn't the right thing to do and to let Antigone go. Therefore, Antigone was let out; but to find out she had already died with Creons' son Haimon. Soon after, euridice had news that would ruin Creons' life forever. Creons' wife, Eurydice, has also died because the grief of his son, and blamed it all on Creon.