Pi is using Smore newsletters to spread the word online.

Get email updates from Pi:

Throughout the story Pi goes through many challenges leaving him with bitter memories that end up creating a damaging effect on his perception of reality.

Have you ever gone through a traumatic situation that has left you with memories that you wish you could forget? How did this change the way you viewed reality as a whole? How did it make you feel? How has going through this kind of experience allowed you to grow?

"He hurled something my way. A line of blood struck me across the face. No whip could have inflicted a more painful lash. I held my mother's head in my hands. I let it go. It sank in a cloud of blood, her tress trailing like a tail." (Martel 344) 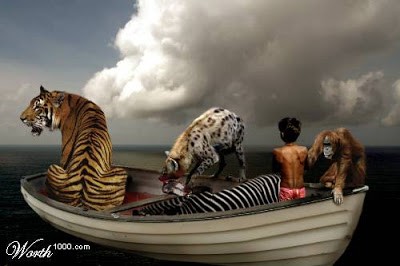 "I laughed. I knew it. I wasn't hearing voices. I hadn't gone mad. It was Richard Parker who was speaking to me! The carnivorous rascal. All this time together and he had chosen an hour before we were to die to pipe up. I was elated to be on speaking terms with a tiger." (Martel 273) 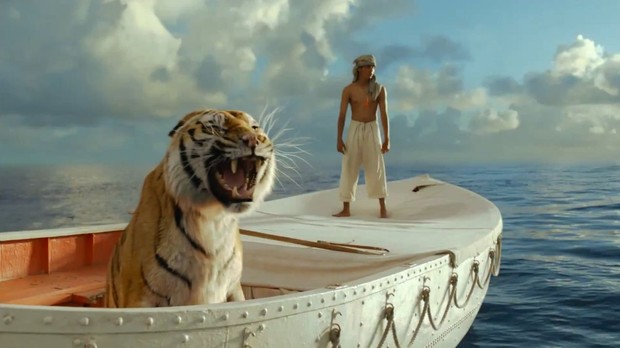 When Pi was blind for two days, there were times when Pi thought Richard Parker was talking to him. Pi begins to notice that there is an accent difference and thinks that he may no longer be speaking to Richard Parker. Why does Pi think its a different person? Was it an illusion that brought him to think that there were other creatures on the boat too?

"The island was carnivorous. This explained the disappearance of the fish in the pond. The island attracted saltwater fish into its subterranean tunnels- how, I don't know; perhaps fish ate the algae as gluttonously as I did. They became trapped." (Martel 312)

Imagine yourself in a situation without food or water for a numerous amount of days and you find a tiny piece of food on a boat with 2 other people. What would your first instinct be?

Pi is using Smore newsletters to spread the word online.