We are a collaborative project between Havant and South Downs College and Capital City College Group exploring the effectiveness of digital feedback in post-16 education. Across the project we worked with 13 teachers and 129 BTEC L3 learners.

Research has shown that feedback is a key influence on achievement, with a potential effect size on grades of 0.75 clearly demonstrating that feedback can have a significant influence on learner progress and outcomes. However, there is a disagreement regarding the effectiveness of written feedback with communication cited as a potential barrier to positively influencing future learner work and knowledge.

With this in mind we set out to investigate how effective audio and video feedback is for learners in Further Education; is there a difference between student perceptions and response to written, audio or digital feedback mediums? Will learners engage more proactively with digital feedback thus improving their knowledge/ skills base in the future? To answer these questions we focused on using free to use tools:

www.turnitin.com
Turnitin provides instructors with the tools to prevent plagiarism, engage students in the writing process, and provide personalized feedback. 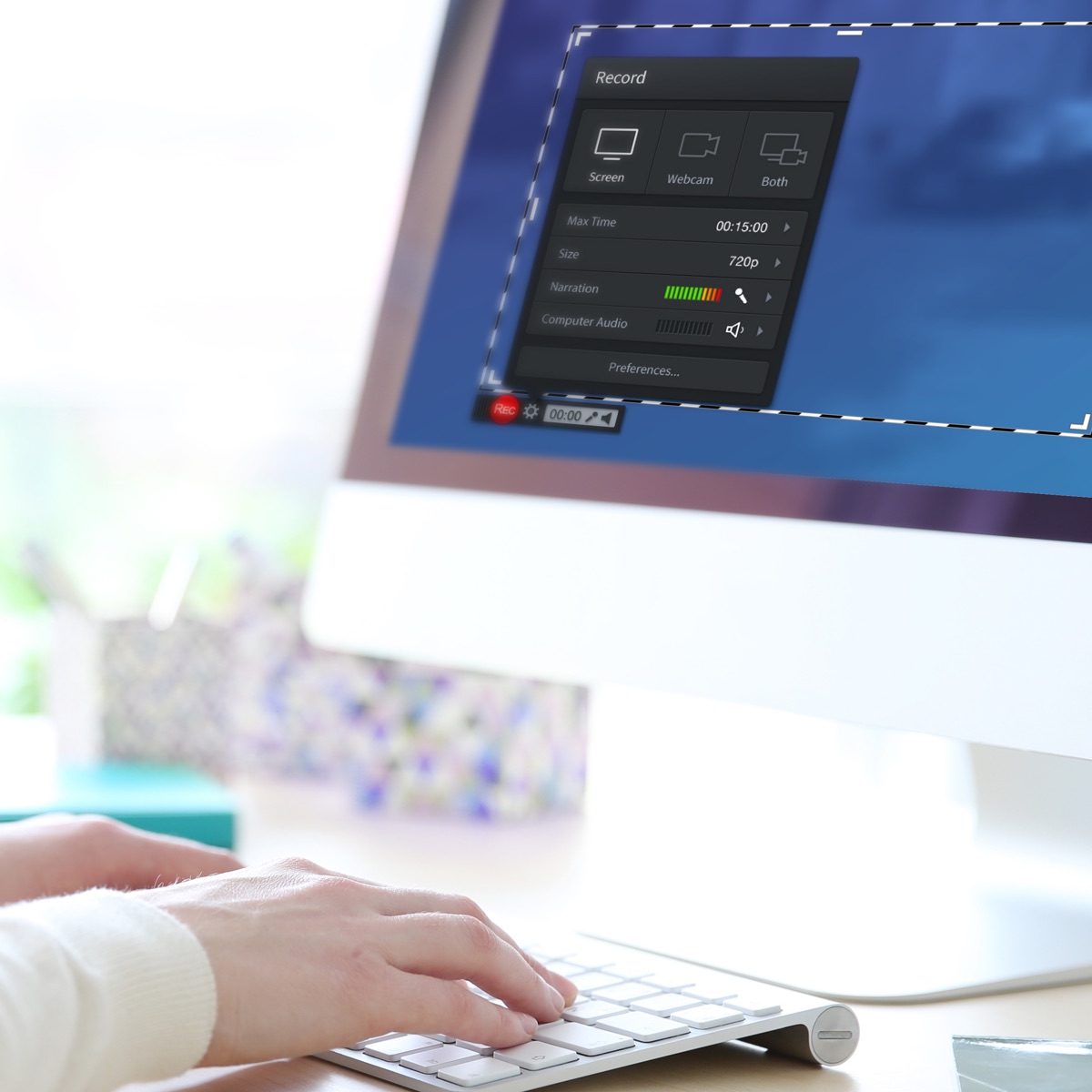 screencast-o-matic.com
At Screencast-O-Matic, we don’t believe that video recording and editing should be difficult, or cost a fortune. Our simple and intuitive tools help you get the job done easily.

Our approach was to take a group of 129 learners through a series of lessons for which written feedback was given and then an alternate set of lessons for which digital feedback was given. At the end of this process all our learners had received written, audio and video feedback putting them in a good position to compare all three and make an informed decision on which form worked best for them. Alongside this teachers were able to observe which method of feedback was having the greatest impact by comparing worked handed in after feedback had been given.

All teachers participating in the project were given training and support on how to create audio and digital feedback. In addition to the support to direct participants we also provide training to over 400 colleagues across the partnership on giving audio and video feedback. You can have a look at our screencastomatic training in the video below.

Our primary way to assess this was through surveys with students and staff asking about the feedback received or given. Survey questions covered:

- Which did you find most useful digital or written?

- What did you find most accessible digital or written?

- Which helped me understand where I need to improve, digital or written?

- Which helped me understand what I did well digital or written?

- Which works better for me digital or written?

Digital feedback does score higher in each metric than written feedback but the differences between the two were not necessarily significant.

Interestingly learners scored written and digital feedback pretty much identically for accessibility, but in most other areas digital feedback scored more highly, with the most notable differences being around questions understanding what was done well, how better work can be produced and what worked better for learners.

Alongside this teachers taking part have all tended to prefer digital feedback because of the quantity and quality of feedback that can be given. Though these benefits have to be balanced against the time staff will took to learn how to and their confidence to use digital tools. There will be a learning curve for all staff and where that curve is steep then the benefits may not be immediate 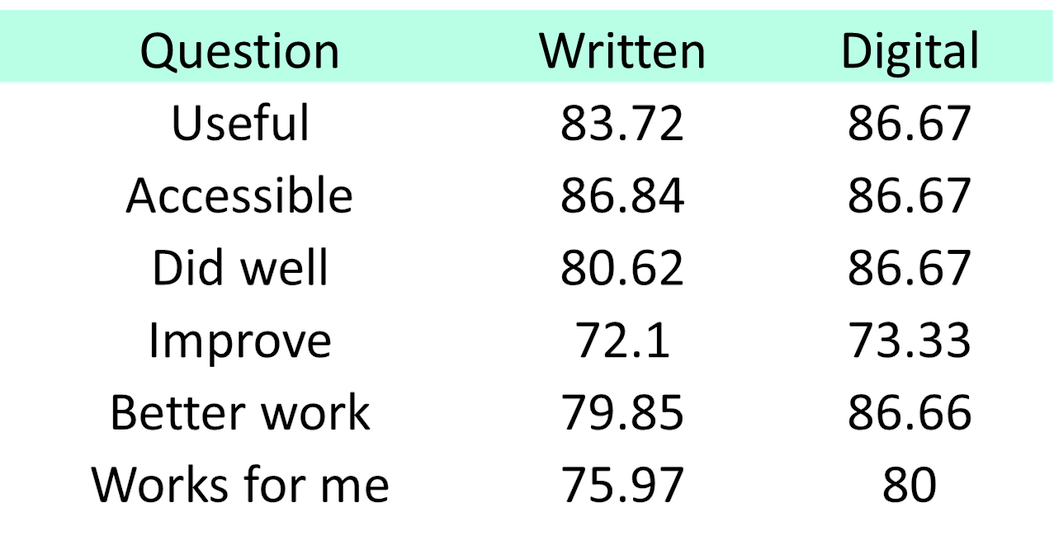 Whilst it seems clear that there is benefit in using digital tools to deliver feedback these are gains, perhaps, more marginal than might be expected; using digital tools will not be the magic bullet that works for all learners or radically transform learner outcomes. Digital feedback is more likely to be evolution than revolution.

Digital feedback requires strong and stable internet. Practitioners wishing to undertake similar activity will need to make sure that have the bandwidth to do so; nothing worse than not being able to upload or play feedback because the internet connection is not strong enough!