The character Jay Gatsby for example can be explained using the psychoanalytic concept id, ego and superego because he faces an inner turmoil. Gatsby’s inner turmoil is being in love with someone from his past who is now married. His id would be wanting to be with her as described by the narrator “ He hadn’t once ceased looking at Daisy, and I think he revalued everything in his house according to the measure of response it drew from her well-loved eyes.”(Fitzgerald) Gatsby loves this character Daisy but his superego is that because she is married he shouldn't pursue her cause it’s the right thing to do. Now he is left with his ego having to settle for only being friends having this tension between the id and superego.

Another character who can be explained using id, ego, and superego because of their inner turmoil is Mr.wilson. His inner turmoil is caused by the loss of his wife who was hit by a car. This causes him to be in a great deal of emotional pain and grief. Stunned at loss all he would say was “Oh, my Ga-od! Oh, my Ga-od! oh, Ga-od! oh, my Ga-od!”(Fitzgerald) He was in so much pain that he decided to kill the person thought to be driving the car Gatsby, then himself. His wanting to kill Gatsby then kill himself because he is in so much pain is Mr.wilson’s id. It’s the gratification in which he decided how he wanted to end things for himself.

In conclusion, a character’s behavior and narrative events can be explained by the psychoanalytic concept ego, id, and superego. The character or event in question can fall under any of the categories being a person instant gratification the id, the self- consciousness of a person the superego, and the ego the compromise between id and superego.

Opportunity limited by the color of skin and gender of person.

The home of the free unfair for ages long going.

Characterized by freedom and the white picket fence.

Lost in the ways of equality and unity.

Forever divided by the look of their person and what is between their legs.

A myth that all things are fair.

The American dream is believed to be attainable by all.

But it couldn’t be more wrong as this is a biased society.

This is an unfair society filled with a lost opportunity.

Reading and Making Creative Choice Board 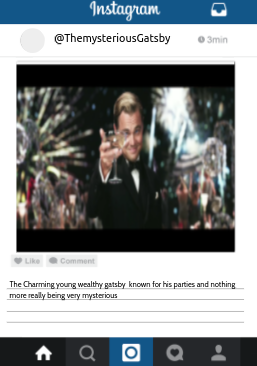 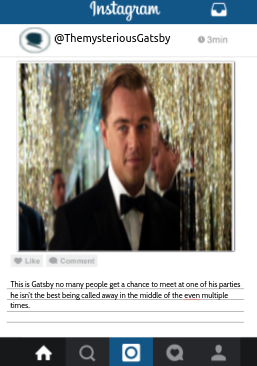 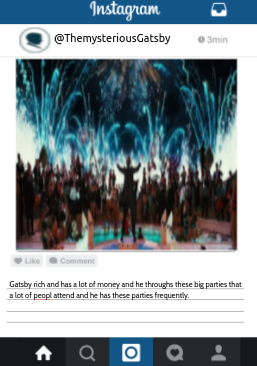 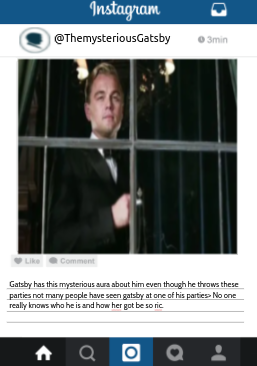 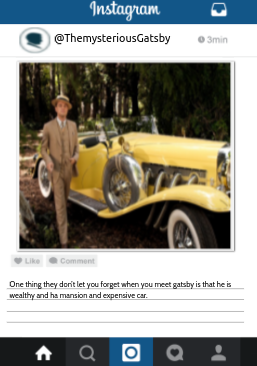 Up above you can see pictures in the form of Instagram posts these are to represent an event or character in the book "The Great Gatsby." The pictures are based Gatsby himself from what we are told about him in the first three chapters 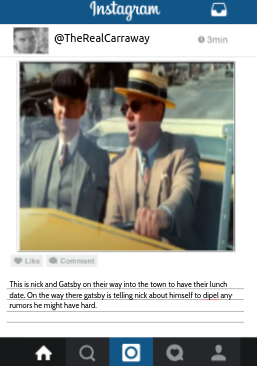 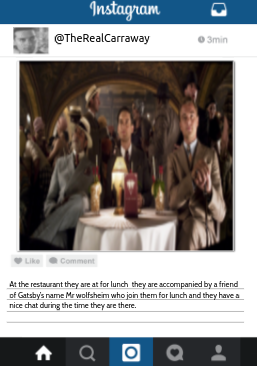 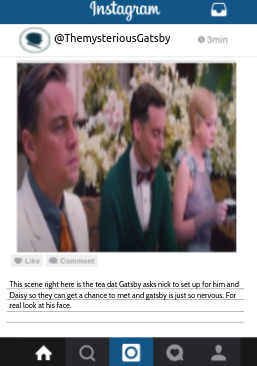 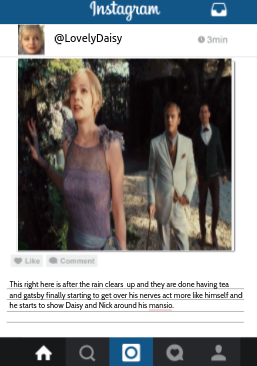 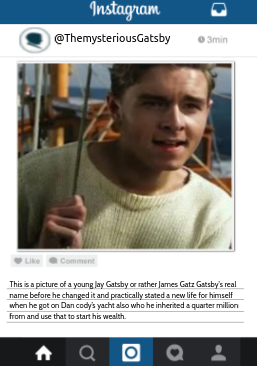 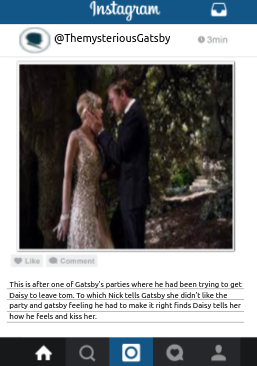 The pictures up above based on character events pertaining to the book "The Great Gatsby. "