Get email updates from Cory:

"If we die, we want people to accept it." -Gus Grissom

"If we die, we want people to accept it." -Gus Grissom

Virgil "Gus" Grissom was born in Mitchell, Indiana on April 3rd 1926. Gus's big sister died days before his birth, Later on he got 3 younger siblings.

Gus's first mission was mercury-redstone 4. Gus nicknamed it Liberty bell 7. (Every spaceship in the years following had a 7.) Gus even painted a crack on it. Liberty bell lasted 15 minutes. Liberty bell went into the water as planned but what was not planned was the explosive hatch going off. Even worse was when water rushed in and Gus forgot to close one of his nozzles on his spacesuit. Gus nearly drowned. Luckily Gus was able to get out of liberty bell when the helicopter hooked onto it. The helicopter engine stared getting over heated. Liberty bell was just to heavy so the pilot let it go.Liberty bell sunk to the bottom of the ocean and was even deeper than the titanic On july 20th 1999 while discovery were doing a documentary on it they found it 3 miles underwater. 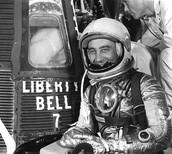 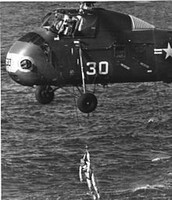 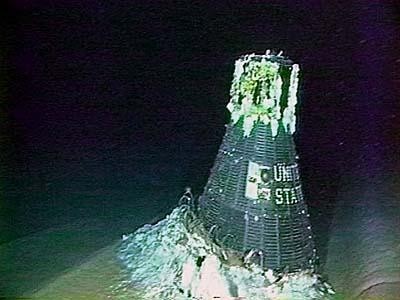 Gus Grissom, Edward White, and Rodger Chaffee were all crew of the first ever apollo mission. While training Grissom hit something that made something spark under his seat creating a fire. they were all dead within 30 seconds. Some of the last words people heard from them (In order) were Ed white's "Fire!" Gus'es "I've got a fire in the cockpit!" Followed by Rodger also saying "Fire!" after that a scream then silence. Its said that there bodies were protected by the suits but the fire sucked in all the oxygen, even through there lungs. Chief of astronauts Deke Slayton said that he looked inside and grabbed Grissom's hand and said "You didn't suffer buddy, Thank god you didn't suffer" He then walked into the darkness crying.