To Meet Edward and Bella

To Meet Edward and Bella 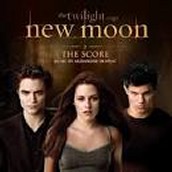 Follow the story of Bella as she deals with having a vampire boyfriend and werewolf best friend. As she gets stuck in a love triangle she has to choose between them. She also has deal with evil and good vampires as well as being a normal teenager.

Bella doesn't have much of a personality but will be nice and helpful. She'll tell you about Forks and all the people living there. Find her at her High School or her house.

Edward is a teenage vampire who lives with his "family" in Forks. He'll probably won't talk to you; he usually keeps to himself. You'll find him at his High School or at his house.

Jacob is a younger werewolf who follows Bella around when he's not with his pack of werewolf friends. He'll probably be at his house or running around in the forest.

Victoria is an evil vampire who's hunting Bella and Edward. She isn't always in plain sight but she's probably stalking Bella or hiding in the forest.

Charlie is Bella's dad who's suspicious of Edward and his family. He doesn't have much of a clue about Bella's supernatural life. He's gonna be in one of his favorite restaurants, the police station or on his couch.

Alice is Edward's sister and a vampire who can see the future. She's one of Bella's best friends. She'll probably be with Jasper somewhere around town.

Carlisle is the vampire pack leader and "father" of all the vampires. He's also a doctor for humans. He'll either be with Esme or at the hospital.

Rosalie is Edward's sister and definitely not one of Bella's friends. She's always somewhere with Emmett.

Jasper is Edward's brother and has mood control powers. He's always with Alice.

Esme is the "mother" of the vampires. She's always helping people. She's probably at the Cullen's house or somewhere with Carlisle.

Emmett is the last of Edward's siblings and is the strongest member of the pack. He's always somewhere with Rosalie.

The book starts out with Bella and Edward starting senior year.

At Bella's 18th birthday, she almost gets attacked by Edward's brother Jasper. Edward starts to feel very guilty and leaves Bella in hopes that she will have a normal life.

Bella gets very depressed for a while but then finds comfort in her best friend Jacob. Jacob's in love with Bella but she doesn't feel the same way.

Victoria, an evil vampire, starts following Bella and is planning to kill her.

After learning that Edward is in Italy she flies to convince him to come back to Forks.

Once he comes back he must now fight Victoria.

The book ends with Edward proposing to Bella.

Come to Forks to visit the settings and meet the characters!

Visit the Swan house to meet Bella and her dad, Charlie. Take a tour of her house while you're there!

Next, visit the Cullen house to meet Edward, Alice, Jasper, Rosalie, Emmett, Carlisle and Esme. Also, look around while you're there.

You should also visit Jacob's house to meet him and the other werewolves.

Is Bella Fun to be Around? (Editorial)

Well, Bella is a nice girl and all but she's seriously lacking in the personality department. She never has any opinions or ideas. She relies on everyone else to do stuff and she always thinks she deserves "protection."

When Edward leaves her she goes into depression for like 3 months.... and then goes straight to another guy. And when Edward comes back she ditches the second guy...

In general she doesn't have any good personality traits.