Bonnie is using Smore newsletters to spread the word online.

Get email updates from Bonnie:

A MESSAGE FROM PRINCIPAL WILLIAMS

Here we are on the eve of another spring break and the energy within the building is very impressive. Our 8th grade girls’ basketball team won the district title last night, our Science Olympiad team is preparing for the state competition, and our thespians are busy preparing for opening night of the Lion King on April 26. Don’t forget to mark your calendars for this event and get your tickets. It will be a great show. Speaking of calendars, don’t forget that our track program gets underway on Monday after spring break. This is one of our most popular activities and all are welcome, regardless of previous experience. Click here to sign up!

April also means looking forward to next year and preparing our students for their next adventures. For our eighth graders, this means leaving the Skyridge nest and moving onto their high school experience. Our students have been working on their high school plans the last two weeks and just completed their forecasting for 9th grade this week. This can be an anxious time for many students as we ask them to look at their next 4 years and plan their classes. Please assure them that these plans are always changing and they will get the opportunity each year to update those plans and make the changes that will help them reach their evolving goals. We complete these plans in pencil for a reason…they will change.

For some of our current sixth and seventh graders, there may be a desire to challenge their placement in their math or language arts classes. This process will open right after spring break, April 8. Specific information is included within this newsletter, so keep reading to find out more. Please remember that no matter where your child is placed, we will work hard to find that balance between challenge and success that will prepare them for whatever their future might hold.

I hope you all have a wonderful spring break full of great memories with family and friends. We look forward to hearing all about those memories from our students when we welcome them back on April 8. Just as a reminder, that day will be a Hawk day. As always, if there is anything we can help with; please don’t hesitate to contact us here in the office.

April 8—School resumes—it will be a HAWK day 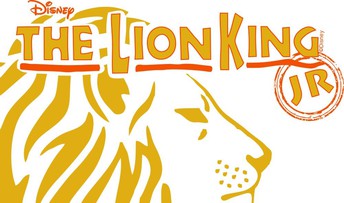 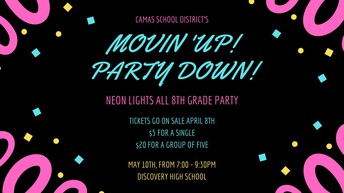 Calling all Camas 8th graders. Come party down at Discovery High School on May 10, 2019. Tickets will be available for purchase April 8 in the Skyridge main office. We're also looking for parent volunteers. 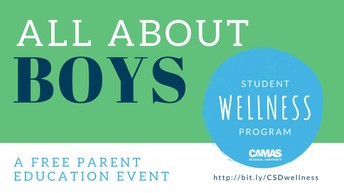 Applications for students wishing to challenge class placement for the 2019-20 academic year are available in the main office. Deadline to turn in these applications will be Friday, April 26.

Applications are available for the following:

The challenge window for 6th and 7th grade students wishing to test for Hi Cap LA has been completed for the year. This process is run through the district office. The nomination window was open in November 2018 and closed in December.

Math challenges will only be considered to bypass one level of math. Students currently in compact 7/8 do not need apply. Students will not be allowed to bypass Algebra I. 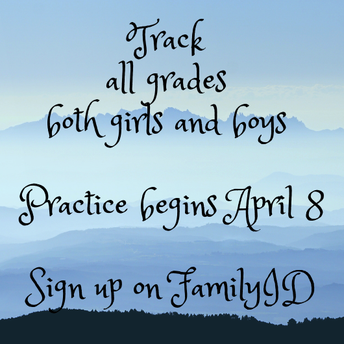 One of the best programs at Skyridge.

Students need to be signed up on FamilyID and have a current physical on file in the main office. Contact our Athletic Secretary, Catherine Bush, if you have questions regarding registration. 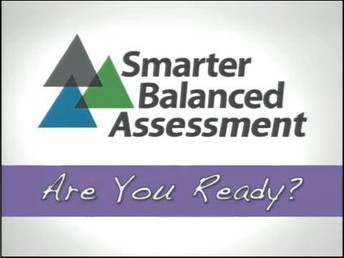 Please find the testing schedule on our school website when planning doctor's appointments in May. Thank you. 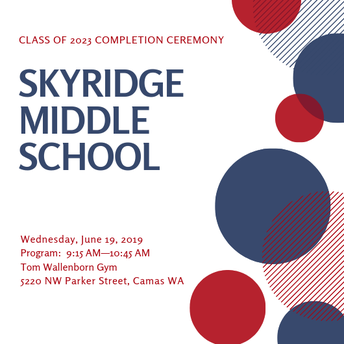 PTO Board Members/Volunteers needed for 2019-20 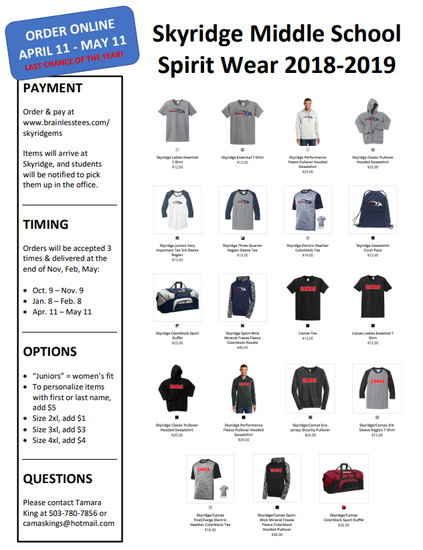 CONGRATULATIONS TO OUR NEW ASB MEMBERS!

Please email or call the office before 2 PM to notify staff. Picking up students during the final 30 minutes of the day without notice can take several minutes as students are in one of seven locations with flex study (ELA, math, science, health, gym, study hall, or library). Email Victoria.Wood@camas.wednet.edu or call 360-833-5806. Voice mail is checked often. 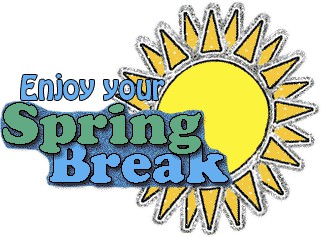 Bonnie is using Smore newsletters to spread the word online.