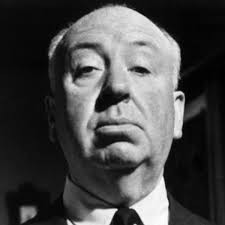 The ever- terrifying director, Mr. Hitchcock keeps his audience watching his films through their fingers. One scene is a normal, everyday event. The next is a brutal murder. The viewers can't help but fall victim to Mr. Hitchcock's masterful stories. They are the puppets, and Mr. Hitchcock is the puppet master. Through camera shots that mimic a person's gaze, he forces the viewer into voyeurism. In framing his shots, he maximizes the audience's fear and anxiety. Hitchcock pioneered the psychological thriller and suspense genre and proceeded to become not only its founder but also its master. To this day, Hitchcock's skill for tricking and terrifying audiences has been unparalleled.

Just as the deceitful, disingenuous spider lures the unwitting fly into its web littered with the carcasses of previous meals, Alfred Hitchcock beckons his audience into his world of horror and suspense, cruelly withholding key information and leading them further down the path to his red herrings, only to later ensnare them with the truth that they had been wrong the whole time.

Alfred Hitchcock loves to prey on his audience's fears and terrors. He often tricks them into believing certain red herrings only to suddenly reveal that what the audience had suspected was not true at all.