BY: JOHN AND VIKI

BY: JOHN AND VIKI

Geothermal energy comes from the heat within the earth. People around the world use geothermal energy to produce electricity, to heat buildings and greenhouses, and for other purposes.

The first time geothermal energy was used was to to produce electricity is a relatively new industry. It was initiated by a group of Italians who built an electric generator at Lardarello in 1904. Their generator was powered by the natural steam erupting from the earth.

Where is Geothermal Found And How Do We Get It?

Geologists use many methods to find geothermal resources. They may study aerial photographs and geological maps. They may analyze the chemistry of local water sources and the concentration of metals in the soil. They may measure variations in gravity and magnetic fields. Yet the only way they can be sure there is a geothermal resource is by drilling wells to measure underground temperatures.

The earth is a hotbed of geothermal energy. The most active geothermal resources are usually found along major plate boundaries where earthquakes and volcanoes are concentrated. Most of the geothermal activity in the world occurs in an area known as the "Ring of Fire." The Ring of Fire rims the Pacific Ocean and is bounded by 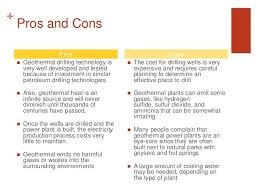 Which source is the best to use

Geothermal heat pumps (GHPs), sometimes referred to as GeoExchange, earth-coupled, ground-source, or water-source heat pumps, have been in use since the late 1940s. They use the constant temperature of the earth as the exchange medium instead of the outside air temperature. This allows the system to reach fairly high efficiencies (300% to 600%) on the coldest winter nights, compared to 175% to 250% for air-source heat pumps on cool days.

Geothermal enedgy is fairly expensive but it is only a one time initial fee and you don't have to worry about paying month after month forever. The energy is very clean and is straight from the ground and is natural. The safety risks are nothing compared to other energy forms such as nuclear or fusion. 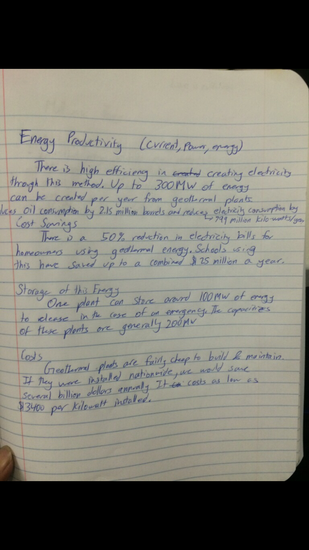