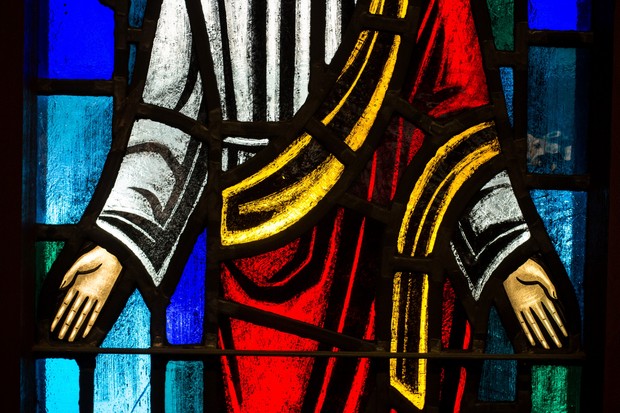 Ever since the Canadian Charter of Rights and Freedoms was enacted in 1982, it seems that there has been a succession of statements about the rights of various groups in society, whether they be workers, employers, students, teachers, children, parents, pedestrians, motorists or others. Is this preoccupation with rights healthy?

An initial reaction is that codifying or providing legal support for rights contributes to human worth and dignity, and surely anything that does this is good? From a Christian perspective, we remember that Christ did more than anyone else to clarify our worth: he died so that each of us, regardless of age, health, wealth or talent, might have eternal life through our belief in him. Indeed, the Gospel records of his ministry include numerous examples of how Christ showed his regard for all classes of people – including those who were rejected by the majority at that time. Yet all of these acts of Christ appear to have been motivated by love, rather than a conviction that the individuals involved had a right to be healthy, or accepted, or equal to others. Indeed, it is not clear that he identified a single right of the type with which we are familiar today.

Instead, Christ placed a great deal of emphasis on responsibilities. Among those that quickly come to mind are not judging, forgiving those who trespass against you, visiting the sick, feeding the hungry, and keeping his commandments. The international mission statement of the Salvation Army states that “Its ministry is motivated by the love of God”, and its innumerable social service ministries flow from the responsibility we feel for those who are less fortunate, rather than from a preoccupation with rights.

Canada has an inhospitable regulatory environment for charities that want to engage in global operations. In particular, it is illegal under our regulatory system for a Canadian charity to give funds to a foreign charity: one making outright gifts to foreign charities could have its charitable registration revoked and be subject to a penalty tax equal to 100% of its assets. As a result, our Territory cannot simply transfer funds to organizations outside Canada, even if they are other Salvation Army territories or ministry units.

Complying with the requirements of the Canada Revenue Agency (CRA) can be cumbersome. It can also consume time, funds and resources that would otherwise be used in the projects that we sponsor outside Canada. Despite these obstacles, our Territory is involved in exciting work, from Haiti to Sierra Leone, which gives hope and dignity to children and adults who might otherwise be overlooked.

This creates a dilemma: we must comply with CRA requirements, but the vital work that we do cannot be compromised by having to jump through legal hoops.

To overcome this difficulty, we needed a mechanism that would allow us to comply with CRA requirements in an efficient, cost-effective manner. With the benefit of hindsight, we can see God’s hand in the solution. With the help of senior personnel at International Headquarters and assistance from the CRA, in 2009 our Territory entered into a Master Agency Agreement with The Salvation Army International Trustee Company (“SAITCO”) under which SAITCO acts as our agent when we engage in charitable work outside Canada.

Under CRA rules a Canadian charity can only “work with or through other organizations provided it employs certain structured arrangements that allow it to retain direction and control over the use of its resources.” The CRA Charities Directorate has confirmed that the above Agreement satisfies this requirement, accepting that when funding is governed by this Agreement, our Territory, through SAITCO, exercises sufficient “direction and control” over projects that we fund.

To ensure that our foreign activities comply with CRA requirements and, where necessary, are brought under the umbrella of the Master Agency Agreement, all transfers of resources outside Canada are coordinated through the World Missions Office at Territorial Headquarters. It is therefore imperative that Army personnel, who are involved in work outside Canada, follow the simple procedures outlined in Operating Policy 4018.

A ministry unit may receive a donation cheque which is rejected by the bank after being deposited (such as when the cheque has been returned as NSF or was drawn on a closed account). The unit should immediately contact the donor and request a replacement cheque. The treatment of the dishonoured cheque varies depending on whether the donor is a recurring contributor (such as a member of a corps/church) or a one-time donor, and also at what time of the year the donation was given.

If the donor is a recurring contributor, their regular donations would normally accumulate throughout the year, and a single year-end receipt issued as at December 31 of each year (for the total donations received in that calendar year).

If a recurring donor issues a cheque which is dishonoured by the bank, the ministry unit should process a reversing entry to reverse the contribution. The entry should be dated on the day on which the cheque reversal charge appears on the ministry unit's bank statement. If the donor subsequently issues a replacement cheque, it should be treated as a new and separate donation, without regard to the previously amount given.

If the individual is a one-time donor, the donor can be given the opportunity to promptly replace the cheque provided it does not cross year-ends. If the cheque is promptly replaced (and is honoured by the bank), the gift would be considered to have been made when the original donation was made.