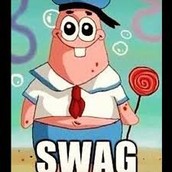 Wrath & Sullenness, For sullenness they have to lay in the river of sludge and slime and then for wrath they have to fight each other forever

"the dead canal, Uprose in front of me one full of mire" It means that they are sad and have to lay in stuff that they feel like

"But with them there he did not linger long,

Ere each within in rivalry ran back." They fight till they get all the anger out