cooper is using Smore newsletters to spread the word online.

Get email updates from cooper:

Benifits of the Industral Revolution

The industrial revolution contributed to factors of production which are land labor and capital goods, coal and iron played role by creating weaponry, armor, coal for steamboats, and fuel. another transportation of goods was through the canals which was a geographical feature.

Railways had a big effect, it reduced the cost for transportation, which made it able for poor people to travel to jobs and other stuff. Railways also cut down the time for transportation by a lot. Railways also made it easier to transport coal, for example railways could travel further and carry more. Railways also created more jobs by collecting more resources to build more factories. Railways had a effect on books and newspaper also, the travel of books and newspaper to different places and something to occupy passengers while riding on the railways.

Downside Effects of the Industrial Revolution

During the Industrial Revolution many people lived in bad conditions due to the new machines that were at the time new inventions. During this time period conditions were hard for many employees due to the new machines. It took many people to run the machines and they worked long and hard hours. Many of the workers had to work 16-18 hours a day for 7 days a week, and had very little time to spend with their families. The pay was very little and employees barley had enough money to support there families. The conditions at the factory were poor, due to being unsanitary, unsafe to workers and harmful gases that the machine produced. On average 2 to 3 people died a month due to factory accidents. And since there were so many people that needed a job, they would fill in the person that died with a new employee within a couple of days. The pollution from the factories also greatly affected the environment around the city. Many plants and animals died due to inhaling the polluted gases they the factories were making. Overall there were many negative affect the Industrial revolution had on the people of England and its environments surrounding them. 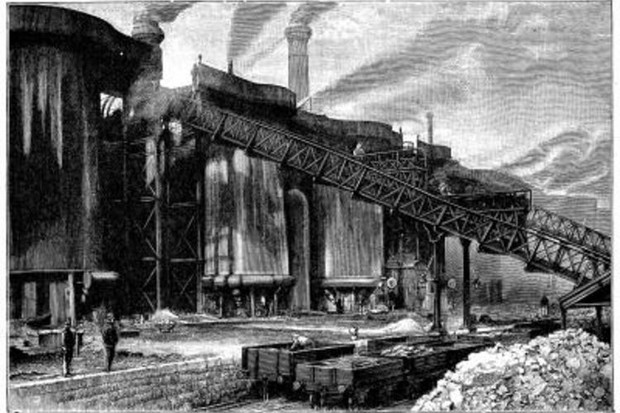 Opinion on the Industrial Revolution

Opinion on the Industrial Revolution

We feel as though the Industrial revolution was a great benefit because it boosted the economy and it also created more jobs, created transportation for the poor, and it provided many goods. The invention of the railway was probably the biggest invention because it created transportation for the poor, more jobs because the railway was able to carry more coal and iron in a shorter amount of time. Another benefit was the invention of the spinning jenny. It was invented by James Hargreaves, this allowed one spinner to spin eight threads at a time rather than one. This dropped prices of the cost of clothes and a larger production of them. Overall we believe the industrial revolution was a big benefit many people during this time period.

cooper is using Smore newsletters to spread the word online.