wilson is using Smore newsletters to spread the word online.

Get email updates from wilson:

This was a supreme court ruling about football-John Wilson

This was a supreme court ruling about football-John Wilson

William "Bill" Radovich went undrafted into the NFL only to sign with the Detroit Lions.

After four seasons he became an all pro Guard

Radovich later wanted a new team closer to his ill father, and his coach denied him even though his contract was up

He went to play in the AAFC, which was the rival league of the NFL and was later blacklisted by every NFL team and threatened any team that drafted him to be punished

Radovich brought the case under the Clayton Act, which allows private parties to seek damages from unfair business practices, against the NFL and everyone that is apart of it.

The case ended up saying that the NFL had to abide by the antitrust laws but baseball did not. 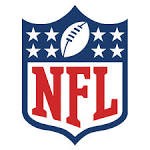 wilson is using Smore newsletters to spread the word online.