A Raisin in the Sun Text Analysis

A Raisin in the Sun Text Analysis

In the play " A Raisin in the Sun" by Lorraine Hansberry, it shows the hardships of a colored family in the 1950's and how the common theme throughout the play is the importance of family. The idea of an attainable American dream is portrayed throughout the play by being able to overcome the prejudice society they live in.

The overall theme of the play is the importance of family. There are many examples of this throughout the play. One example is when Mama tells Benetha to never stop loving Walter no matter how many mistakes he makes. In the play it says, "There is always something left to love. And if you ain't learned that, you ain't learn nothing" (Hansberry 145). This quote explains that you should love someone the most when they are down or when they make mistakes. Another example is when Walter decides to move into the new house. In the play it says, "And we have decided to move into our house because my father- my father- he earned it for us brick by brick" (Hansberry 148). Walter decides to move in to the knew house because it would be best for his family. He cares about what his wife and mama want to do.

The common conflict in the Play "A Raisin in the Sun" is man vs. society. An example of this in when mama bought a house with the insurance money. she Says " Walter Lee- it makes a difference on a man when he can walk on floors that belong to him"( Hansberry 92). But while the family is rejoicing before they move, they get a visit from Mr. Linder who tells them that they are not wanted in the neighborhood and is ready to buy the house so they don't move in. He says "what do you think you are going to gain by moving into neighborhood where you just aren't wanted"(Hansberry 119). This shows man vs. society because during the 1950's where the play takes place, the American society was very prejudice towards black Americans and this example shows how the youngers had to deal with this while they were trying to make their lives better.

Walter Younger works as a chauffer. His wife is Ruth and his son is Travis. His "American Dream" is to open a liquor store and provide for his family.

Beneatha Younger is in college. Her "American Dream" is to become a doctor. She wants to move to Africa. 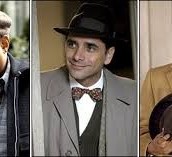 Mr. Linder is part of the Clybourne Park Welcome Committee, his "American Dream" is to keep his neighborhood safe and the way it is. He doesn't want colored people moving in. 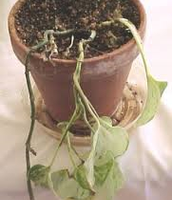 Mama's plant symbolizes her and her family. She feels as if senses the plant isn't getting enough sunlight and is dying, that her family is going to fall apart. Sunlight in mama's eyes is what is keeping her family together. Sunlight symbolizing the good in life. "Lord, if this little old plant don't get more sun than its been getting it ain't never going to see spring again." (Hansberry 40).

The insurance check represents Mr. Younger's hard work before he passed away. He was a laborer and put hard work into his money that he used to provide for his family. "THAT MONEY IS MADE OUT OF MY FATHER'S FLESH-" (Hansberry 128). When mama gave the money to Walter, in trust that he would put some away for Beneatha's school, everyone was heartbroken because nothing was left but memories of Mr. Younger.

Sunlight was important to mama because she always felt that everyone was crabby because the lack of sunlight. She believed that sunlight set a positive mood for everyone. "Yes, child, there's a whole lot of sunlight." (Hansberry 94). Mama made sure that the new house had a lot of sunlight because she wanted her family to be happy in the new house. She wants to get away from the dark and negative energy.

In ending, the play "A Raisin in the Sun" by Lorraine Hansberry shows how the American Dream is attainable. Also, how family is forever and money is just temporary.