Once WW2 ended, Europe needed help to rebuild their nation. Thus the USA helped by giving $13 billion to help rebuild their economy and their towns. This was successful and helped spark an economic future for Europe.

The Truman Doctrine replaced the old and outdated Monroe Doctrine. Truman's Doctrine said that if a country did not want to be communist and the communist were trying to force the country to be, the USA would give them money and military service. This means that we are know getting into foreign affairs. 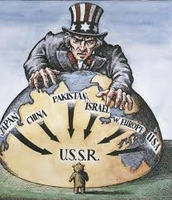 This was used by the USA to try to contain communism. The nato organization did not want Communism to spread into western Europe. So they "contained" it by putting up the supposed "Iron Curtain" which is the imagery line to divide western and eastern Europe. 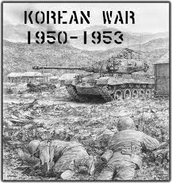 The Korean War lasted for 3 years. in this time period 36,516 Americans died. The war was between North and South Korea. North Korea was trying to spread communism to south Korea but South Korea did not want it. Seeing this, the united States stepped in to stop this. So an imaginary line the "38 parallel" was drawn the separate North and South Korea.

This man named Joseph McCarthy wrongly labeled people being Communist because they acted a little different or did stuff differently. This happened after WW2 when the spread of Communism was at a all time high. So this man thought that people in America were trying to spread communism. The basic definition of McCarthyism is wrongly accusing someone without proper evidence.

Explain the Communist Regime in China 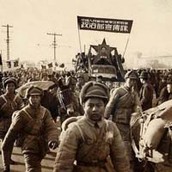 When the usa entered the Korean war we pushed North Korea back into North Korea. Then we kept pushing them to the boarder between North Korea and China but what we did not know was when we got there the Chinese were there waiting on us. Once we started fighting the Chinese pushed us back to South Korea and that's what ended the war.

In 1956, Fidel Castro led the revolution. Cuba had American support until he became allies with the soviet union. This is what made America turn. Then he also named himself president for life. All the stuff he did just made America mad. But once he joined the Soviet Union, this made America's containment policy a lie.

In 1961, 1500 Cuban exiles, trained by the CIA, tried to stage an invasion at the bay of pigs. This did not go well. They got captured by Castro. Thus making The USA pay $53 million in supplies to get the captives back.

Seeing that America would not send American troops to Cuba. The Soviets decided to set up some missiles. When the USA found out about it, we blockaded Cuban and threatened to sent troops in if they did not remove the missiles. Then the Soviets did. And this is what is known as the Cuban Missile Crisis.

The war was fought between North and South Vietnam. The North was Communist and the south was democratic which made the united states help them in the war. When we got in the war, we lost support for the war and thus in 1073 we withdraw our troops.

In 1968, North Vietnam launched an attack on South Vietnam which hurt the South. When they did this, they attacked more than 100 cities and towns. Tet is a holiday in Vietnam which is like our New Year.