The white family, and the 3 wishes!

The white family, and the 3 wishes! 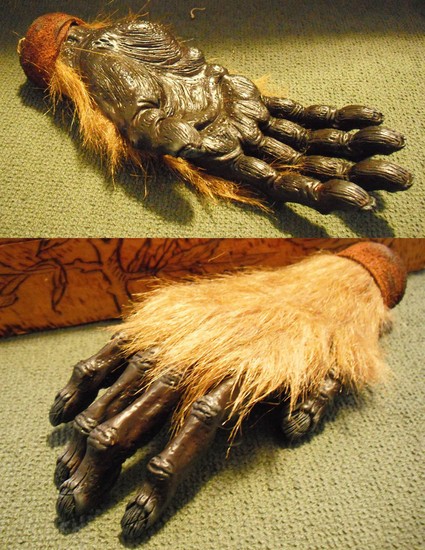 "WISH!" she cried in a strong voice.

"It is foolish and wicked," he faltered.

These two quotes Show that Mr.White is very sensible, and doesn't like to wish for things that are unnecessary. The first time that he wished, he wasn't greedy. He was wishing to clear the house debt, which is actually a responsible thing to wish for. The two words from the second quote I put in bold. The reason I put them in bold was to further support that he is a sensible man, and doesn't like to wish.

The overall mood in this story is dreary. It builds up suspense by foreshadowing bad things.

"The talisman fell to the floor, and he regarded it fearfully. Then he sank trembling into a chair as the old woman, with burning eyes, walked to the window and raised the blind."

"In the huge new cemetery, some two miles distant, the old people buried their dead, and came back to the house steeped in shadows and silence. It was all over so quickly that at first they could hardly realize it, and remained in a state of expectation as though of something else to happen - something else which was to lighten this load, too heavy for old hearts to bear."

These two passages from the story really set up the mood. from the cemetery, to the dreaded monkeys paw writhing in his hand, is all very dark.

The theme would be "Do not temper with fate, or you will pay dearly."

The point of view would be third person. Because it is third person, we can see what every character is feeling, and it adds more suspense, creates a better setting, and also makes character development much better.