I'm only doing this for Mr. Bocca and Ms. Colligan.

The "Swiss Family Robinson" is a story about a family of six who was coming from Switzerland to create a new life. They were shipwrecked by a deserted island in a tremendous storm. All of the crew abandoned them and all of the life boats were taken. The family prayed to God to help them during the storm. The next morning, they found that the back of the ship, which had their cabin, had been resting perfectly between two rocks. They tried to gather as many helpful items that they could find. Everyone pitched in while Jack found the captain's dogs, Turk and Juno, but the father thought the dogs wouldn't be of any use. There were no life boats left so they made a small raft out of tubs and wood floating in the water. Everything was loaded onto the raft and they were off. The dogs, thinking they were being abandoned, jumped in and swam after them. Thinking how far they would have to swim to shore, the father let them onto the raft.

After paddling and yelling, the hopeless family finally came ashore. They set up a small tent with some wood and a sail from the ship and called it Tentholm. When they were settled in, Fritz and his father went exploring while the others found a grand tree in which they could live in. They made suggestions and later moved in. This home was called Falconhurst. Later in the story, they all would constantly go back and fourth between the establishments.

The father finally decided to take the raft back to the wreck with Fritz and gather all of the animals. There was no way to take them on the raft so they came up with an idea to tow the animals behind them and strap them individually between two barrels to help them float. These animals ended up living in "The Woodlands" which is a mass of land covered in calabash wood. After other visits to the wreak, they finally decided to blow it up and hope that some important items would float to shore.

After about six months of sunshine, it began to rain and rain for another six months. This means they were trapped inside of a tree with all of the animals. This was like torture to them. Luckily, when it stopped raining, they found something amazing. The men were digging into a rock wall near Tentholm when suddenly they found a large salt cavern where they spent the rest of the rainy seasons. They also kept their valuables there and made it their permanent home. They even had a guest room for some odd reason.

Later on, the family went on many journeys to explore the large island. They met lions and tigers and bears. Oh my. They also came across donkeys, jackals, ostriches, and buffalo herds. One of the last things they found was a girl named Jenny. She was a general's daughter and was shipwrecked alone. One day they heard mysterious guns coming from the other side of the island so later they went to investigate. It was a British ship anchored in the bay! Everyone was so exited! Jenny wanted to see her father at home and Franz wanted to have a real education since he was eight when they were shipwrecked. Fritz loved the island but was in love with Jenny more so he went with them. As for the rest, they stayed on the island to have a different life and experience things that most people don't get to do very often.

Theme of the Book:

There are many themes for the story “The Swiss Family Robinson”. However, one theme stands out more than any other. It is that we should be grateful for what we have because what if we didn't have it? Throughout the whole story the father kept telling the four sons that we should thank God for what we have and never take anything for granted. That is what everyone should do instead of taking money, valuable objects, or even people for granted. What if a rich person's money disappeared and ended up with a poor person? It would be hard for the rich person to get used to the poor life. however, the poor person would be very grateful for the money. Clearly this theme is a very important theme for the story and for real life. 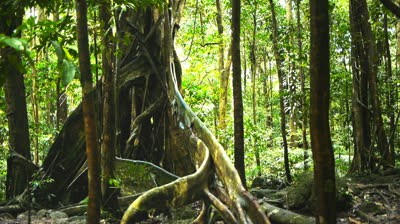 This is a massive mangrove tree in the middle of a beautiful forest. This is a symbol for the story "The Swiss Family Robinson" because there were many of these trees on the island that the family was marooned on. The family made many houses and forts with these trees because they were so wide and handy. One of their main homes was called "Falconhurst". This was a series of balconies nailed into an enormous mangrove tree which had spiraling stairs running up and down on the inside. This is an important symbol for the story because it is involved with nature, necessity, housing, and a great story line for a great story. 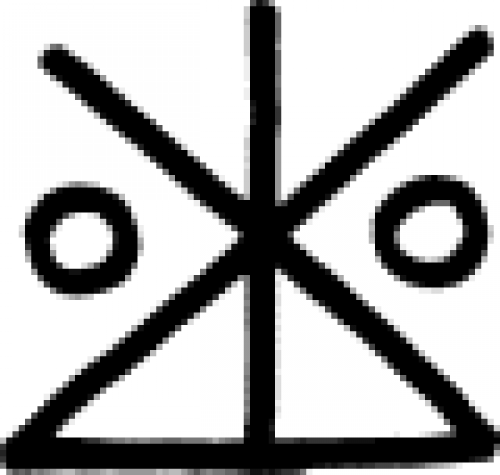 This is a prehistoric symbol that means "family". This symbol is perfect for The Swiss Family Robinson because the only people on the island for over 10 years is a Swiss family. When the symbol represents "family", "family" means a man, a wife, and the wife and her children. Obviously the symbol is just right for the book because there is a couple with 4 children who are--from oldest to youngest--Fritz, who is strong, active, muscular, and high-spirited, Ernest, who is mild, calm, and studious, Jack, who is just like Fritz although more lightly built and more active in grace and agility more than strength, and Franz, who resembles Fritz and Ernest more than Jack.
Swiss Family Robinson (1960) Trailer
This is the trailer for "The Swiss Family Robinson". The original book came long before the movie, however, Walt Disney created the movie. It is a very funny coincidence because earlier in the year I made a poster that was all about a biography of Walt Disney. The link is below.
Click Here to see Walt Disney Tackk 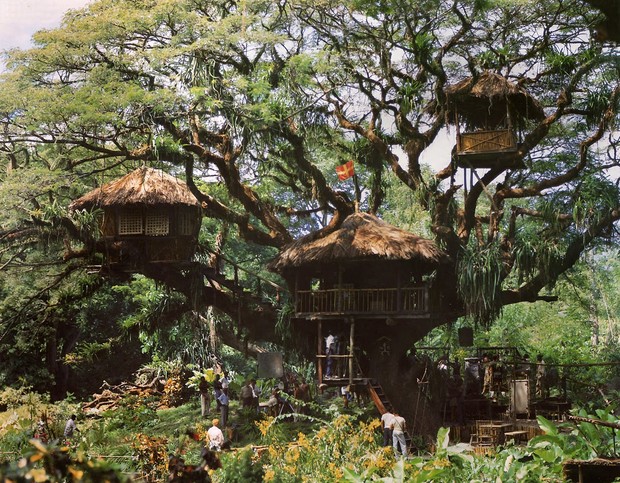 This is "The Swiss Family Robinson" tree house that is in the movie. In the book the family doesn't have one house that they stay in permanently. They first have "Tentholm" This place is a very dreary and bare place. When Fritz and his father go exploring, the mother, Ernest, Jack, and Franz go somewhere else. They find a tremendous mangrove tree. When they all come back, the mother makes a suggestion to her husband and announces that they should live there. They all take it under consideration and move to the tree which is later called "Falconhurst". Later, they make other establishments such as "Woodlands", "Whale Island", "Shark Island", and homes for all of their animals such as swine, cows, fowls, goats, and lots of sheep. 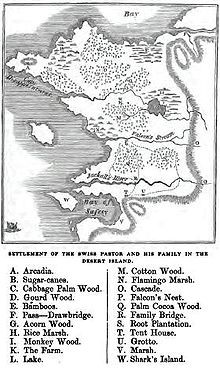 This is a very small map of the island that is later called "New Switzerland". The family was coming from Switzerland to create a new life when they got shipwrecked on this deserted island. If you look closely you can see where things are located.

The book "I Hate MySelfie" by Shane Dawson is an autobiography about his life. Shane Dawson is a famous youtuber. In his videos he is always this loud, outrageous, confident guy who in reality is very shy, timid, and quiet. He wrote this book because he didn't want people to think of him as a confident guy. His book is a collection of essays about things happening in his real life. He said he loves his videos on youtube and loves that he got to direct a movie called "Not Cool" but he likes his real life more. Below is a video that he made with his friend. If one was wondering why he loves straightening his hair or always acting very silly, he/she should read his book because Shane made it to be like a door leading into his deeper life. If people love it or not it is a great book made by a really great, (and weird) guy.
Disney Challenge with Shane Dawson
This is a video with Shane and Lia doing the Disney challenge. 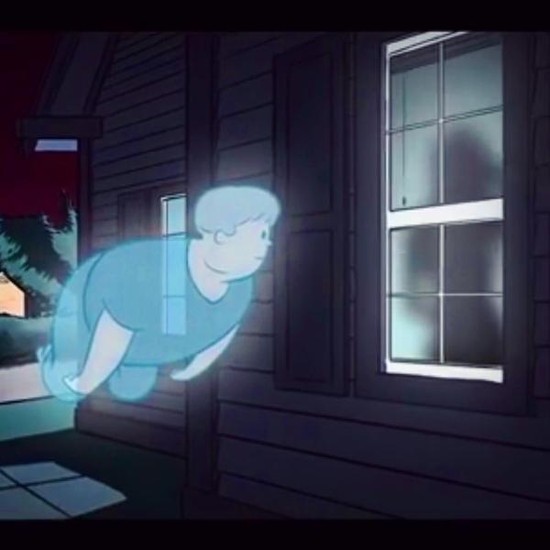 This is a cartoon of Shane having astral projection. Astral projection is when your body is asleep but your mind is awake and it comes out of your body without physically moving. Shane started having this when his parents got divorced. He claims that he still does this very often. I put this picture in because (1) it is unbelievably hard to find a meaningful symbol for a youtuber and (2) because this was a chapter in his book that stands out of others. 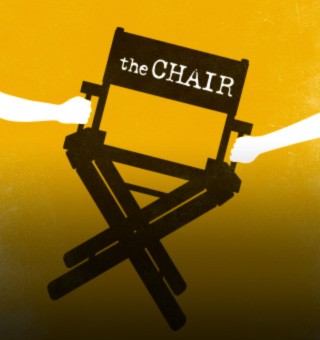 This is the show, "The Chair". This is the show that Shane was on. He competed against Anna Martemucci for $250,000. His movie he directed was called "Not Cool" and her's was "Holidaysburg". It took a lot of time but Shane won the $250,000. I chose this image because it shows who Shane really wants to be. Below is a button to a clip about the two movies.
Click here to see Clip of "The Chair"

touchvision.com
Superfan Lauren Yaccino talks to YouTuber Shane Dawson about his new book, 'I Hate Myselfie,' and why he dislikes the persona he created.
This is a video of Shane Dawson summing up his life and book.

I'm only doing this for Mr. Bocca and Ms. Colligan.