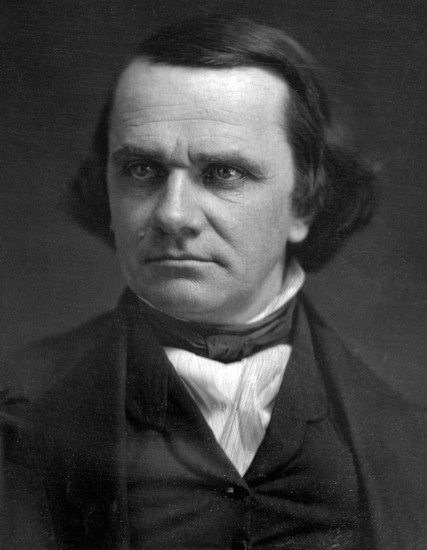 Stephen A. Douglas was a Democratic Abolitionist born on April 23, 1813. As a child, he moved to a farm in Clifton Springs, NY, where he attended Canandaigua Academy. It was at this school where he studied law. After his years at Canandaigua Academy, he moved to Cleveland, Ohio, where he taught school and continued to study law. In 1837, Douglas ran for congress and lost by a margin of 35 votes. In 1843, he was elected into the House of Representatives where he sat for two terms. In 1847, he was elected US senator. During the 1850s he introduced a theory called “Popular Sovereignty”. Popular Sovereignty is the principle that the authority of the government is created and sustained by the consent of its people, through their elected representatives (Rule by the People). These elected representatives are the source of all political power. He reached his climax by introducing a theory known as the Kansas-Nebraska Act. This act repealed the Missouri Compromise of 1820 by making Kansas a state above the 36, 30 line. In 1858, he was re-elected as a senator for Illinois. Two years later, he ran for president. After a long, vigorous election, Douglas lost to Abraham Lincoln. Only one year later, Douglas died.

He reenforced Popular Sovereignty through the 1860s.

He introduced the Kansas-Nebraska Act.

(He did not create it) 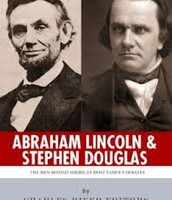 Connections to Abraham Lincoln and The 1860 Presidential Election