Get email updates from jonathan:

Probably the best settlement in the New World!

Probably the best settlement in the New World!

Your best shot at surviving in the New World!

The first settlement was called Philadelphia, Greek for “city of brotherly love,” so Pennsylvania already on the first step to becoming a safe and caring frontier. The colony was even carefully mapped out, with farming villages laid out among river and creeks, and the city planned out on a gird. 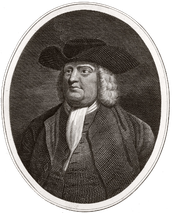 We were founded by loving Quakers!

Founded by William Penn, a Quaker, we definitely had gotten lucky with him. I’ve heard of other colonies and their terrible start in the New World but with Penn, I trust him with my family’s safety. He even sold some of the land to group of more Quaker merchants. Penn was smart and promised self-government, freedom of religion, and reasonably priced land, so he could at least have some ordinary settlers, like my family and I. Penn had clear ideas about how he wanted the colony to develop. He expected to lay out the growth of farming villages along the rivers and creeks, and mapped the settlement of the city along the grid, with each house set far enough from its neighbors to prevent the spread of fires. He even created harmonious relations with the locals, which was rare in this New World. Penn’s policies attracted people from all over. Soon our little settlement had grown into self-contained communities, each speaking a different language or practicing a different religion. But that Penn didn't seem too happy about this. He wanted a cohesive, hierarchical society. People didn't care though and just lived where and how they wanted, doing that they please.