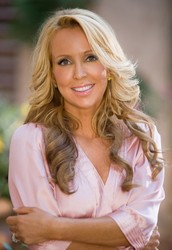 In each country, a majority of women and the children faces domestic violence which may lead physical deformities. A latest Research Update showed that in the State of California, domestic violence was a most cited issue among others that the clients wanted to bring up. Research also states that in every nine (9) seconds, a woman is assaulted or beaten. Women are more likely to become the victim of physical assault by means of hitting, acid throwing, slapping, slat on, throwing stone, punching, burning etc. during pre-marital, marital or post-marital period.

It is an honest fact that sometimes a minors step in the right direction ends up being the biggest step of one’s life. Every person has the right to live and so does the victim of domestic violence! The State of California has adopted and is utilising many processes to address the issue of domestic violence. It is in this connection that one can refer the service of face foward. It offers welfare services to all who are the victims in all sorts of violence cases including that of domestic. It is an unique and effective idea of Deborah Alessi, to give mental as well as physical support to the victimised people to sustain their life. Anyone who has faced physical abuse, the most damaging aspect is trauma and the scars or facial injuries are the uninterrupted reminder of the abusive incident. The persons who got facial injuries or scars, the idea is to provide facial surgical reconstructive services. Along with these surgical services, it also gives the opportunity to all to be a part of the broader society by allowing them to continue education, nursing service, rehabilitation services and many more.

It is not easy to survive domestic abuse and go through the healing process. It is seen that most of the battered women become prone to absenteeism due to illness triggered by violence. This affects women’s livelihood at a large scale. One harsh fact is that, when a mother is abused by her husband, the kids are also affected indirectly. What hurts their mother, also hurts the innocent children. They become victims of stress, fear, shame, confusion and other complexities as a result of this. Sons who see their fathers beat up their mothers are many times more likely to be abusive in their own relationships. The fear, instability and confusion must be replaced by love, comfort and caring.