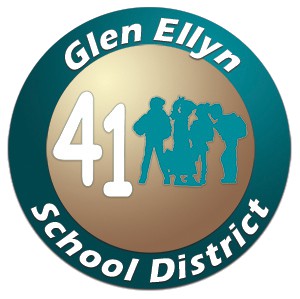 In response to the multiple communications from parents and guardians regarding the impact of Sangamon County Judge Raylene Grischow’s entry of a temporary restraining order (TRO), we have asked our legal counsel to prepare an informational email. As you may be aware, the TRO enjoins the Governor from enforcing his executive orders requiring masking and quarantines for students, teachers, staff and visitors, as well as requiring mandatory vaccinations or testing for school employees. While some of the communications raised questions about the TRO and its impact on our school community, others assert that School District 41, which was not named in this lawsuit, must suspend its existing COVID mitigation strategies and permit students to attend school without wearing a mask. This assertion is incorrect, and students will be expected to comply with our existing protocols upon their arrival to school tomorrow.

As stated above, the TRO was entered by the Honorable Raylene Grischow, a circuit court judge in the Seventh Judicial District. As a circuit court judge, Hon. Grischow’s jurisdiction is limited to the named defendants in this lawsuit, specifically Governor J.B. Pritzker, the Illinois Department of Public Health (IDPH), the Illinois State Board of Education (ISBE) and the 150+ public school districts named in the caption of the lawsuit. School District 41 is not a named defendant. Accordingly, the order does not apply to School District 41 and cannot be cited or relied upon, either by School District 41 or by individual parents, as a basis for non-compliance with the Governor’s orders regarding masking, quarantining, testing and vaccines, nor for non-compliance with School District 41’s stated COVID mitigation policies.

We understand that the twenty-nine-page opinion and order on this TRO has been widely distributed through social media and other news outlets. We are also aware that many individuals have reviewed the language of the opinion and have mistakenly concluded that the Hon. Judge Grischow has “struck down” the Governor’s order throughout the State of Illinois, and not just in regard to the named plaintiffs. This assumption is likely based on the Judge’s footnotes on page 28 of the Order, which reiterates her ruling against the named defendants (the Governor, IDPH, ISBE and the named public school districts) and states “Any non-named Plaintiffs and School Districts throughout this State may govern themselves accordingly.”

This statement is misleading, in that it implies that non-named school districts 1) have the unfettered legal authority to ignore the Governor’s orders as they pertain to masking, quarantines, vaccinations, and testing and 2) that such school districts can abandon their established COVID-mitigation strategies without risk of liability. While the parties before a circuit court judge must respect and abide by her ruling, judges in the circuit court do not have authority under Illinois law to impose their authority on non-named individuals or entities. Therefore, School District 41 will be maintaining its existing COVID mitigation strategies, including requiring masking for everyone, until the ruling has been considered by a higher court. The Governor has indicated he is appealing the determination to the 4th District Appellate Court tomorrow; the Appellate Court will also consider whether enforcement of the order will be “stayed.” We will continue to monitor these proceedings, and keep you informed. Should future rulings impact the status of our COVID-mitigation policies, we will set a Board meeting to review those rulings and adjust our procedures to be within the parameters of applicable law.

In regard to school next week, students, staff and visitors must be in compliance with existing mitigation strategies. Students and staff who come to school without masks will be provided a mask to wear in school. Students who refuse to put on a mask will be sent home. If a parent/guardian refuses to pick up, the student will spend the day in an alternate location where they will be provided with work. This is the process that has been in place.

Our priority, while we wait for the process to work through the appeal process, is to maintain in-person learning and minimize disruptions to our learning environments. 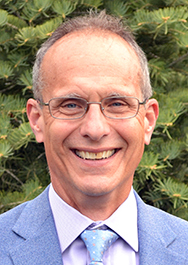 A MESSAGE FROM THE D41 BOARD OF EDUCATION

A court ruling in Springfield on Friday resulted in a temporary restraining order (TRO) enjoining the enforcement of several COVID mitigation strategies for certain named school defendants. As you are aware, District 41 was not a named defendant in the lawsuit and therefore, the court has no jurisdiction over us as a non-named party. At this moment the District’s Board approved Return to School Plan for 2021-22, including requiring masking, remains in force.

Let me briefly explain the reason for not making any precipitous changes. Please be aware that there is a very high probability that a court ruling on a request to delay implementation (i.e., issue a stay) of the TRO will be handed down in a few days and additionally, the Attorney General will file an appeal in the Appellate Court as soon as Monday. The Appellate Court decision will likely be rendered within two weeks under expedited procedures.

Therefore, maintaining the District’s plan is warranted because any abrupt change to our plans is subject to reversal by further legal rulings issued in a compressed period. If, for example, the District altered its plans tomorrow and a stay was subsequently issued, or the Appellate Court overturned the lower court ruling, we would be required to immediately flip back to the plan we had in place prior to the TRO. It’s imperative to understand that any modifications to our plans would be at best a short-term response and depending on further court action, certainly risk causing significant disruptions to in-person learning.

I understand the divergent views parents have about school based COVID mitigations. It has been an enduring public health crisis and we are all subject to frustration and fatigue. However, it is important to acknowledge that this year we have kept schools open and educated and cared for every one of our children. We have taken the necessary steps to staff classrooms and invested in the technology that allows us to conduct in-person learning and provide, where needed, remote instruction. We have in good faith followed the safety procedures that we believe give us the best chance to welcome your children and your children’s teachers into the classroom. Our doors are open, and our kids are attending school.

The District and Board’s focus remains steadfastly as it has been from the beginning of the pandemic on the wellbeing of our students and staff. As contemporary health information improves and legal rulings and state directives rapidly evolve, we will set a Board meeting to work collaboratively to consider in a timely manner what changes are appropriate to make. Along with other Districts we have communicated to state officials our desire to see updated directives on COVID mitigations. It is our hope that as this latest virus surge continues to abate, we will soon have the opportunity to efficiently consider a revised masking plan to keep your children safe and in school.

President, Board of Education 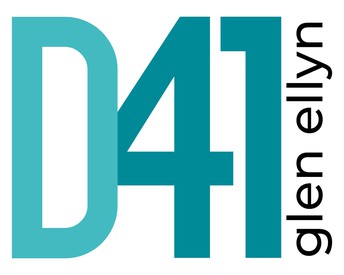