News for our families

News for our families

Tomorrow marks the 20th anniversary of the September 11th tragedy. While our students were not alive for this traumatic event, for adults the moment and images are forever seared in our memories. Many of you may have been directly affected or have friends who were impacted by the devastation. Today, we had a moment of silence across the district at 8:46 a.m. to honor the victims. Individual schools shared reflections and many classrooms facilitated age-appropriate discussions with students. Salem Public Schools will also be participating in the citywide ceremony of remembrance (see below). Our JROTC will be presenting the colors and we will have a student sharing powerful thoughts with the community.

I also want to remind our community that Hispanic Heritage month kicks off next Wednesday, September 15th with a flag raising ceremony at Riley Plaza at 4 pm. We are looking forward to a month-long celebration where we recognize the contributions, talents, and experiences of the Hispanic community in Salem. Please join us for these upcoming events!

Have a wonderful weekend, 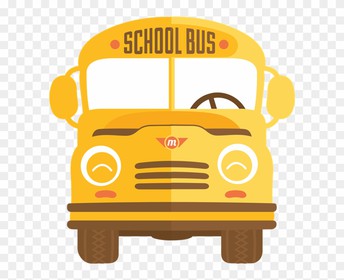 We know that transportation has been a challenge for some families. The first 2 weeks of the school year are typically bumpy and will smooth out once adjustments are made (we made over 200 adjustments during Labor Day weekend). Unfortunately, the heavier traffic throughout the city and at our schools, the nationwide shortage of bus drivers and shifts to our school schedules have caused issues not only in our district, but throughout the Commonwealth.

This year we also experienced a significant amount of post-deadline applications for bus transportation. These late additions also affect not only routes, but also bus stops, times, and how many buses the district needs to properly transport students to their schools. We received hundreds of requests beyond the already extended July 31st deadline. We have worked closely with our schools and NRT to continue to improve our services. While we have made progress, these efforts will not end until all students are transported safely and on time.

Additionally, we wanted to update you that we will be reissuing bus passes to students on Monday with their bus number, bus stop and school so that they have the most current information. 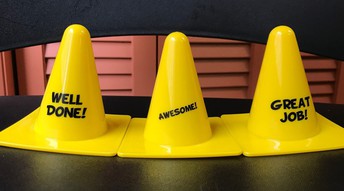 At Salem Public Schools, we are recognizing one staff member a week who exemplifies our core values of celebrating differences, facilitating collaboration, fostering innovation, creating equity and access, growing all students, and upholding high standards for all. We are surprising a deserving SPS team member with a construction cone that displays the words: “Awesome,” “Well Done,” or “Great Job.”

Marleny Cuevas, the Family Engagement Facilitator, and Karyn Reardon, School Secretary, at Bates Elementary School work as a team to ensure the students and families feel welcomed and valued every day. This was never more evident than in the opening days of school as they worked tirelessly to ensure students got home safely on transportation. Their personal touch to call every family has built authentic relationships and connected the Bates School to the rest of our community. Thank you for always going above and beyond. 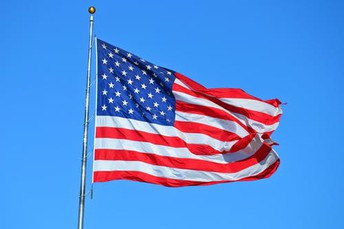 “Time flies over us, but leaves its shadow behind,” Salem author Nathaniel Hawthorne wrote in 1860.

As we approach the 20th anniversary of the terrible attacks of September 11, 2001, time has passed by, but the shadow of that awful day remains, long and indelible. It extends over those who lost loved ones and colleagues that day – in New York, Washington, and Pennsylvania. It covers those who lost family and friends in the war that followed and those veterans who returned to us from those conflicts, most especially those wounded, in body and in mind.

On September 11, 2001, Salem firefighters were among the members of FEMA Task Force 1, which responded to Ground Zero. The scope of the devastation, and of the evil that caused it, was unimaginable up until then, but they responded to the mission at hand with supreme dedication. Sadly, what began as a rescue effort very quickly became one of recovery, instead. Nevertheless, they did what the situation required of them, and they carried those duties out with a level of professionalism that should make every Salem resident proud.

On Saturday, September 11, 2021 at 9:30 a.m., the City of Salem will hold a remembrance ceremony commemorating the 20th anniversary of the terrorist attacks on September 11, 2001. The ceremony will take place outdoors at the Salem Fire Department Headquarters. I wanted to make sure you were aware of the ceremony and extend an invitation to attend this event, which will be open to the public. I also want to thank Fire Chief Alan Dionne for taking the lead on coordinating this ceremony.

The shadow of September 11th will likely never fully be gone from our lives or the lives of future generations of Americans. Please join us at Fire Headquarters to pay tribute to all the victims that lost their lives on September 11, 2001. 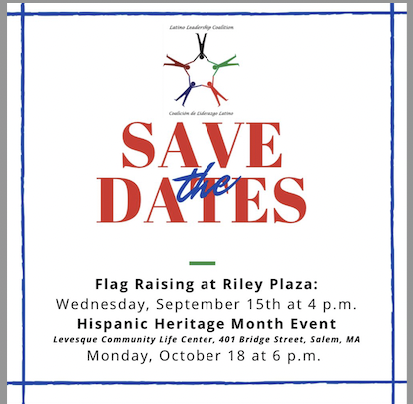 Have you traveled recently?

SPS Families - We hope that you enjoyed the recent long weekend. We also know the changing context of the Delta variant makes it hard to interpret policies, and we appreciate that our families are working to do their best to keep our community safe.

At this time, the state references the CDC's recommendation for unvaccinated individuals to quarantine after domestic travel; however, this is not a requirement. SPS asks all families to closely monitor for symptoms and keep students home if they have any, and to sign up students to participate in weekly COVID checks. Testing is even more important if you have traveled. Families can complete testing consent via their ParentSquare form or here: https://bit.ly/SPS-TestConsent

As indicated by the state guidance, the most important step individuals 12 and over can take to protect themselves and their families is to get vaccinated. 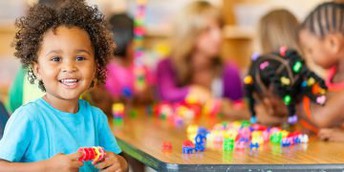 If you live in Salem and your child turned 4 on or before 8/31/21 then we would love to welcome you into one of our free preschool classrooms. To enroll please call the Parent Information Center at (978) 740-1225 or fill out an enrollment form.

We hope to see you in preschool! 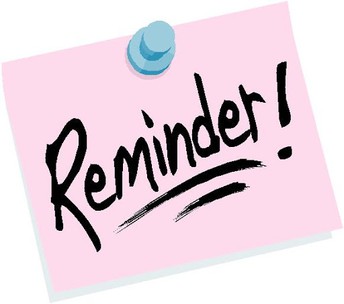 Back to School Forms

Back to school forms must be submitted by October 1st. These include contact information and permission to treat forms. The forms were emailed to all families. Printed forms will also be made available in each school for those who may need them.

These forms are REQUIRED for each student. Please fill them out as completely as possible. If you have any questions, please contact the front office of your school.

We recognize it is difficult for students who observe these holidays to do homework or studying on these days. Students will be given ample opportunity to make up work they have missed during their absence(s) for religious observances.

For additional guidance about these holidays and other Jewish traditions, please refer to information provided by the Anti-Defamation League. 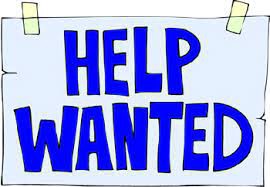 SPS is looking for more talented individuals to join our team including crossing guards, cafeteria helpers, paraprofessionals and more. Check out the list of openings here.

Schedule a meeting with Superintendent Zrike

Dr. Zrike would love the opportunity to meet with any SPS staff or SPS family who would like to do so. It could be in a park, a coffee shop, your home, or anywhere else.

If you would like to schedule some time with Dr. Zrike, please email Mindy Marino to set up a time and place.

Welcome to the Virtual Backpack. This is a space where we will place items that in the past may have been a flyer in your student's backpack from friends and partners to SPS. 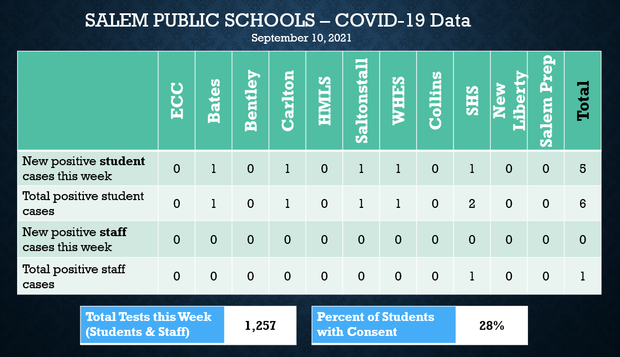 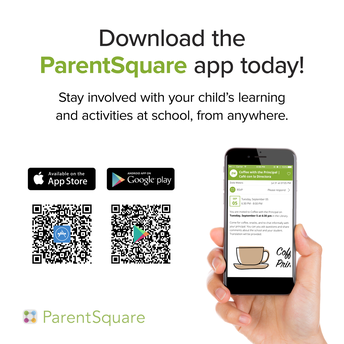 A reminder that ParentSquare is the district platform for communication. You will receive communication from the district, your school, and your student's classroom all in one space. You can communicate 1-to-1 with teachers, sign up for parent-teacher conferences, and more.

This is how the schools will communicate with families districtwide going forward. Please be sure you are receiving messages from ParentSquare. If you are having trouble, contact your school's front office. You can visit www.parentsquare.com for more information. 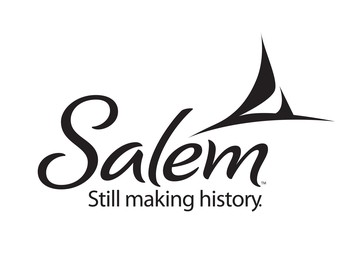 Facebook @SalemSchoolsk12
29 Highland Avenue, Salem, MA, USA publicrelations@salemk12.org salemk12.org
Embed code is for website/blog and not email. To embed your newsletter in a Mass Notification System, click HERE to see how or reach out to support@smore.com
close
Powered by Smore
Powered by Smore