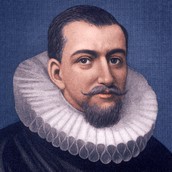 Henry Hudson was born in England in 1570. In 1607 he was a commander of a English Muscovy. Later on in 1609, Hudson sailed the Half Moon into New York Bay and learned about the North American water routes on his third voyage. His other voyages had failed because he had to turn around because of the Great Barrier Reef.

Hudson's first attempt at a passage in Asia failed, and so did the other 2 attempts.

In 1611 Hudson's crew mutinied and set him adrift with his son, John, and seven loyal crewman. 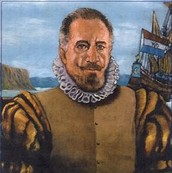 Hudson had 3 waterway's named after him.

His impact on today was he discovered parts of New York that people would not know about today. He discovered the mouth of what is now known as the Hudson river and Hudson explored the East coast of America.

Hudson embarked on sailing voyages and got information on North America's water routes.