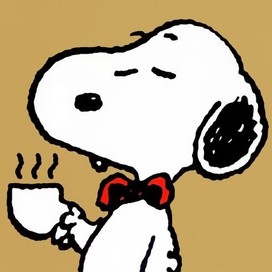 Jiwon is using Smore newsletters to spread the word online.

Get email updates from Jiwon: 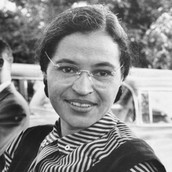 Get to Know Rosa

It was Thursday, December 1st, 1955, and Rosa was going home after working all day on the Cleveland Avenue bus. More passengers came aboard, and they were mainly whites. 2 or 3 whites were still standing due to no white seats left. Dun dun dun. Guess what happened next? Blake the bus driver urged Rosa and the others in her row to move so that the whites can sit. Rosa did not budge. But the others did. "Why don't you stand up?" Blake asked angrily. "I don't think I should have to." Rosa replied. That was quite brave. Blake threatened to call the police, and Rosa gave him permission. So Rosa got arrested. 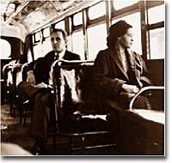 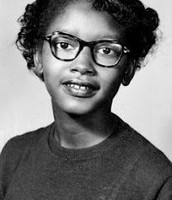 Rosa Parks as a child

Rosa Parks died from natural causes on October 25, 2005. She was 92. She passed away in her apartment, the east side of Detroit. 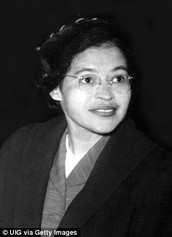 What Happened After Rosa's Death

After Rosa's death, there was a memorial named after her called Rosa parks Highway. The Cleveland Avenue Bus was preserved due to Rosa. Rosa would be a name you will recognize. I hope you have enjoyed my presentation, and that you have learned about Rosa Parks!

Jiwon is using Smore newsletters to spread the word online.