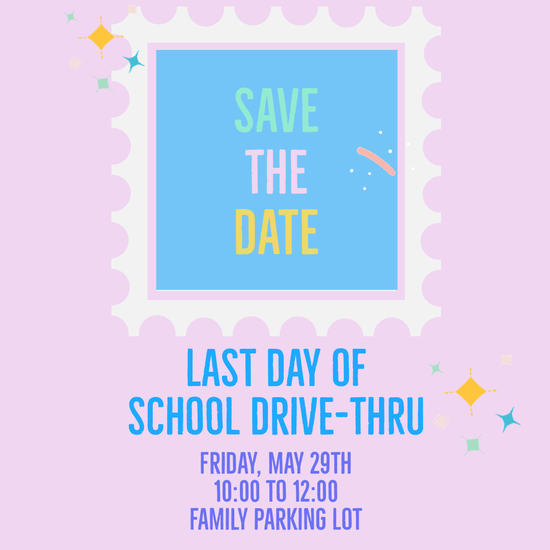 If your child is returning to Penngrove for the 2020-21 school year, please keep your district issued iPad at home over the summer. As always, please be vigilant about your child's online access.

6th grade families: You may also keep your iPads and they will be collected at a later date.

If this is your child's last year at Penngrove (boooooo, we will miss you!), we will collect his/her iPad on Friday, May 29 between 10am and 12pm. There will be a staff member holding a sign for iPad collection. Please be sure to return the charger as well. If you could put everything in a bag of some sort for us, that would be so helpful! 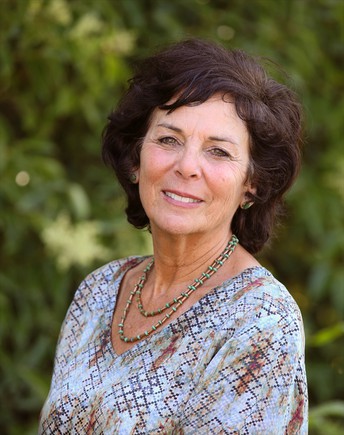 A Goodbye Letter From Ms. Boronkay

I have something important to share with you. After 20 years of a wonderful and rich career teaching children at Penngrove Elementary School, this will be my last year teaching. I'm retiring from this fantastic Penngrove Community that has nurtured me for the last 20 years! I've put a lot of thought into this decision, and am happily following my path and heart. At this time I'm experiencing a deep reverence and appreciation for all the children that have shared their hearts with me, and mine with them. I love teaching and being with children! They have always been like a spark of electricity and light to my spirit. I've thoroughly enjoyed connecting with each and every child, honoring their individuality, and encouraging them to think critically and express themselves creatively. I'm leaving this amazing career with a heart that will forever be filled with children's love. I feel blessed.

In retirement, I look forward to spending more time with my lovely 93-year-old mom and making pottery. I was a working artist, a potter actually, before becoming a teacher. I have visions of so many beautiful pots swimming in my mind, ready to be created with my hands. Now I can be an artist again!

I wish you all good health, and love and happiness! 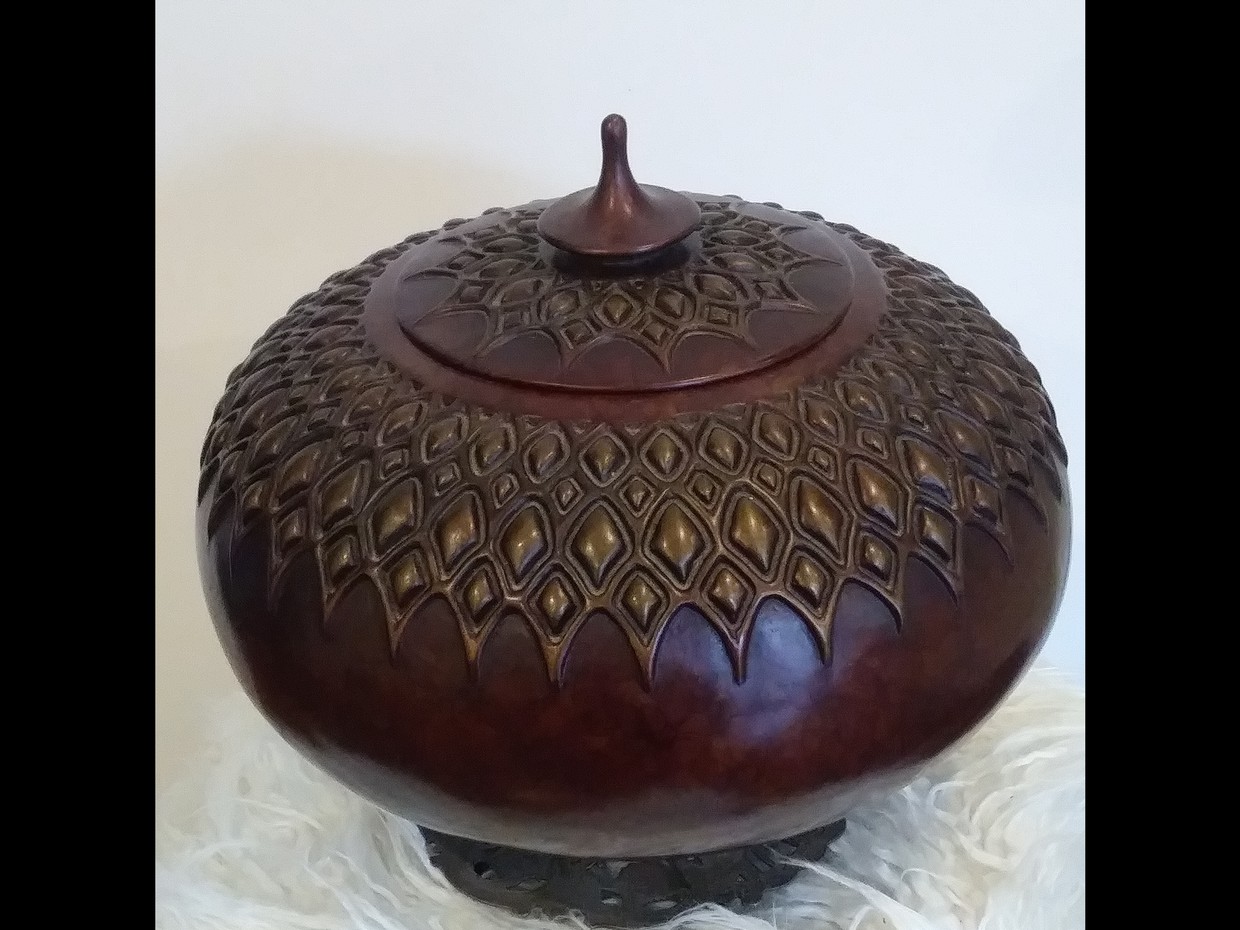 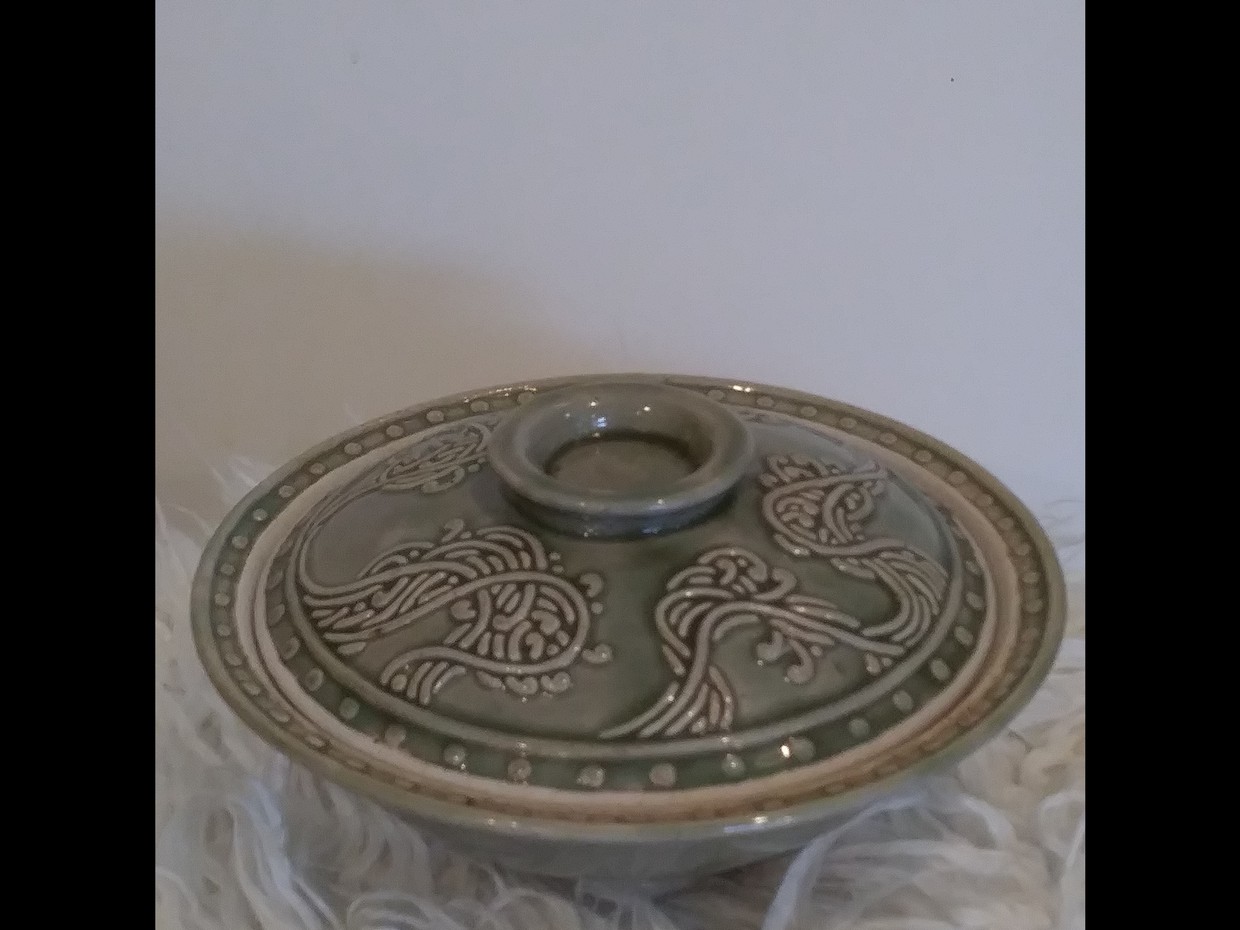 Oops! I missed a week, Panthers! I hope that you all are doing well at home with your remote learning and your gardening activities. I have heard from some of you and seen some great pictures of zucchini and radish growing! Mrs. Olufs’ apple tree is growing its fruits for the fall, as is our pear tree at school!

Mr. Keith cleared the old pea vines from the kindergarten boxes and I planted different kinds of beans, corn, and pumpkins in all of them. Keep checking here for progress photos. 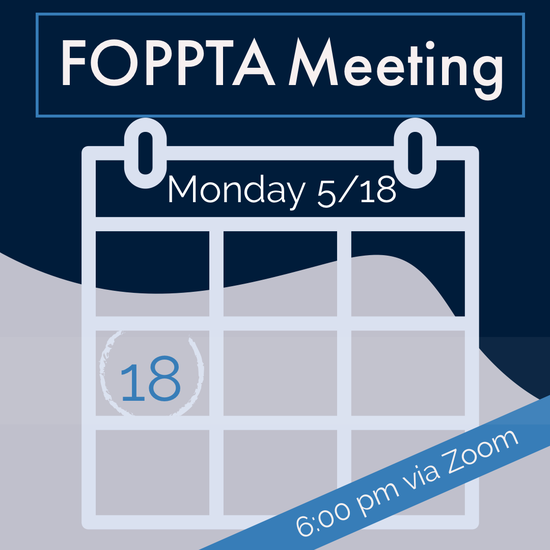 Join the Friends of Penngrove PTA this Monday, May 18th at 6pm for the last association meeting of the year! The Zoom information will be delivered via email before the meeting. Please RSVP at penngrovepta.org to receive the meeting details and to be entered into a logowear drawing!

Did you miss the weekly message from Mrs. Fadeji?

We have been in touch with Silver Graphics. They hope to mail our packages tomorrow which means we hope to deliver goods on May 29th in your child's end of year bag! 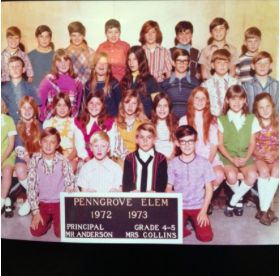 Did you know?! Ms. Barrell and Penngrove School go WAY back!

My roots at Penngrove go back to the early 70s. I was a student at Penngrove Elementary School. It was not part of the PCS district then. We students were mainly from farms and country properties within the area. The summer between fifth and sixth grade was very short for us because that was the year the Penngrove community changed from a traditional schedule to a 45-15 schedule.

In 1997, I was hired to teach a ⅚ combo class and team teach with my old sixth grade teacher, Mr. Austin. That year, Mr. Austin and I took the sixth graders on an Outdoor Ed trip to Santa Catalina Marine Institute! Those were the days…

Over the next 20 years I taught 5th, 4th, and 3rd grades. There was even a year I taught a ⅔ combination! When I moved to fifth grade I missed Outdoor Ed and I started the Penngrove tradition of going to Angel Island for an overnight Civil War field trip. When I moved to fourth grade, we started making a yearly overnight trip to Fort Ross. Ms. Maloney was an enthusiastic fourth grade teaching partner and the two of us took our classes on an overnight Gold Country trip for a few years, too.

This tweet from 2016 kind of sums up my career (and humanity.)

But my passion week in and week out, year after year, was the garden. The garden at Penngrove was established in 1996 by a teacher who promptly changed sites. When I arrived, it had a brand new little picket fence all the way around it and a gate. There was a tree and a couple of beds outlined in field stone and 6 (?) raised beds. I was excited to have the garden near my class (room 14). I have always believed that science, math, art, writing and more can be taught with the garden as a lab.

For twenty years, my classes and I managed to plant a little and harvest a little and measure and record and dig. Year after year, those rectangular beds were measured and their areas and volumes calculated. Again and again, the garden was mapped. Over and over a new group of students tasted figs and were amazed! Insects and lifecycles and tools and magnifying lenses were discovered and drawings and poetry and meals were created by 28 different kids each year.

In the late aughts, a parent group called the Plantin’ Panthers installed a few more raised beds and some fruit trees. Of those, two pomegranates and two pears are giving fruit. Overall, however, the garden became rundown. One teacher couldn’t keep it up.

In 2014, the kindergarten team received a couple grants to build a new playground and there were some funds for environmental education. Mrs. Hlebakos asked me where she might be able to find a garden educator for the spring semester. I discovered a model where a fifth grade teacher was taking a release day every other Friday and teaching garden classes while a substitute was in her room. We decided to try this at Penngrove for 7 Fridays.

That year, our current sixth graders were in first grade, I believe. More than half our students now lived in neighborhoods and apartments instead of on Penngrove farms. It seemed to me that kids are starved for experiences outdoors and their response to a garden and environmental ed program was overwhelmingly positive. Dominic, who is promoting from 6th grade this year, inspired me when he saw a beautiful head of broccoli growing by Room 14 and exclaimed, “Broccoli GROWS?!”

The next year I took 14 release days. More and more volunteers and interns from the University were helping the program grow and the garden to come together. I became restless for a change and in 2016, took a year’s unpaid leave of absence to make the GEE! Program a solid part of every Penngrove student’s experience.

At the same time my mom moved back to Petaluma into a care residence and I became her medical advocate, accountant, and Girl Friday.

That same year, we were awarded a grant to build the Outdoor Learning Center and when I needed to choose to end my leave of absence and return to the classroom I thought - ‘what, and be like that teacher almost 30 years ago who built the garden and just left it?’ (stories like that are legion amongst the grounds and maintenance crew at school districts) 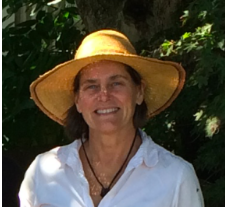 I took a second year’s leave to establish the program and make it something I could hand off. Right! The rest is history. I haven’t given it up!

This year, I resigned from Petaluma City Schools. Students and parents, and for the most part teachers, will not really notice a difference in my status. I will still be the “flower teacher” as Charlie B. calls me. Just a few teachers at Penngrove know this whole story but a large part of the staff and most of the parent body are unaware of my history with Penngrove. Amy asked me to tell my story and so I have.

See you around the garden! 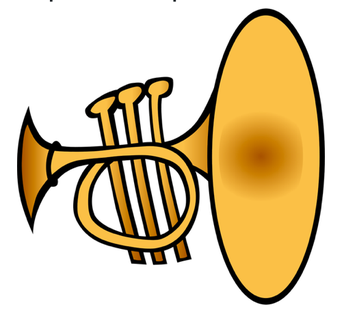 If your student has been using a District Loaner Instrument this year, please return it along with any loaner music books & stands to your school site. Band Teachers will be at school sites next week.

We will follow the safe collection protocols that have been put in place by the District: 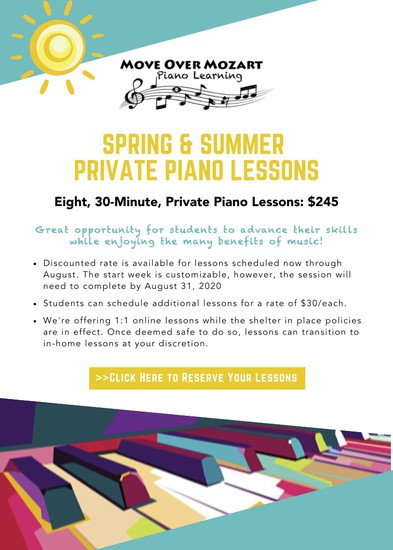 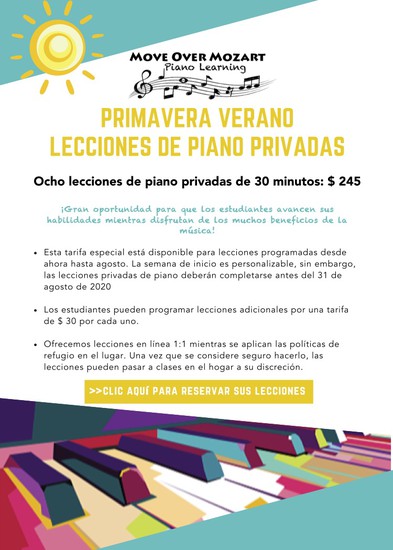 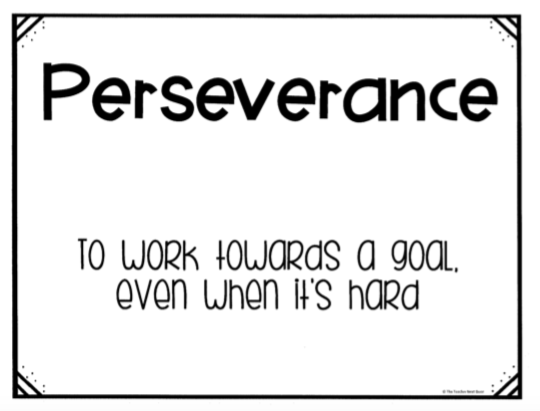 It's Wednesday Workout Time! Don't let the late time stamp deter you from watching this one!

Check Out the ZONES of Regulation

The ZONES of Regulation language can be used in many different ways! We enjoy using the colors and tools to transition students' feelings/mood towards "green zone", or ready to learn.

The ZONES can also be used at home! If you are interested in exploring the ZONES at home, here is a video below to support.

Feel free to visit the ZONES of Regulation Website for additional information.

Create a Zones Check-In for Home

Toolbox Family at Home Web Series is now bringing Toolbox into our homes in the evenings! Spouses are welcome.

We want to share our gratitude to Marcos who provides Spanish translations for our webinar community. What an amazing gift to have these recordings include both English and Spanish! Continued gratitude to Mark Collin, founder & author, for his creation of the Family Toolbox and The Toolbox Project.

Upcoming topics for these next two weeks May 11-21

Our live webinars will shift this week to Family Toolbox–Building Resilience and Strengthening our Families and homes, and meetings will change to two weekdays, Monday and Thursday, @National times: 4:00pmPST (5:00pmMST, 6:00pmCST, 7:00pmEST).

Our hour includes 15 minute recorded content and then the Problem Solving Box which is an open sharing time for questions, conflict resolution, wonderings and the Toolbox Experience regarding the Twelve Tools and their applications. Click Here to Register. 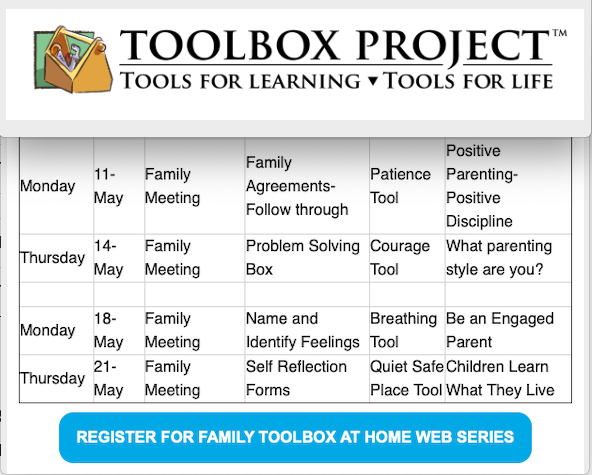 This is for all of you creative, innovative, dynamic, outside-the-box thinking students! We're looking for you to participate in our 2020 Virtual Innovation Showcase. Students who participate will be awarded a gift certificate from one of our sponsors, Applebees and Mary's Pizza.

We will be celebrating student creativity with short videos from students (TK-12) throughout Petaluma City Schools who want to demonstrate their creativity through art, music, dance, science, film, writing, math, or any other unique way!

It's really simple. Got something fun, cool, creative, entertaining, or interesting you'd like to share? Put together a video of no more than two minutes, upload it, and send it to Flipgrid with the log in information below. It's that easy. Flipgrid will be open for submissions from May 1st-17th. Then on May 21st we will show your innovation to the community!

2. Log in through Google with your @petk12.org student email

3. Upload/record your video by clicking on the green + sign.

Families—you all know you have amazing kids and you know their talents better than anyone. Who is a better camera person than a parent? Encourage your amazing innovator to get involved and be part of the Showcase! We can't wait to see your innovations!

Want to talk to someone?

Warm Line: (707) 778-4959: A non-crisis phone number that allows PCS students and families to leave messages for our mental health clinicians. We check the messages multiple times a day during school hours and will get back to you within 48 business hours.

If you are hungry or need food for your family, click here for some local resources. 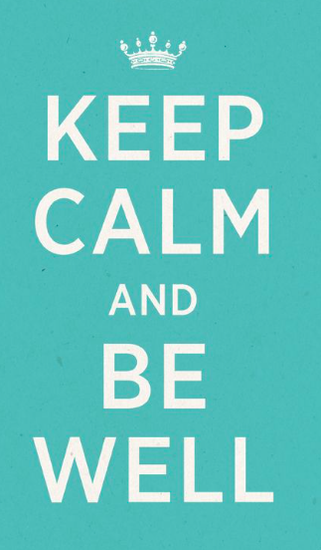 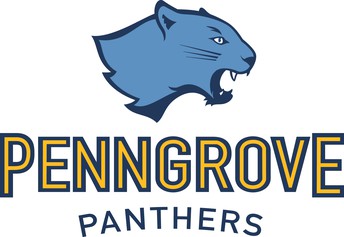 Penngrove Elementary - Home of the #pennpanthers